1 ) It was very cold – a clear night and a strong wind ensured the wind chill was below freezing.

2) The sparse crowd – the weather may have played a part. But the Albion are in the top six with the best chance of promotion to the top flight for 37 years and only just over 23,000 turned up. Reading, just 68 miles away, brought down 299 fans. Leeds brought down 1,400 and that game was on TV. And that was on a Monday. 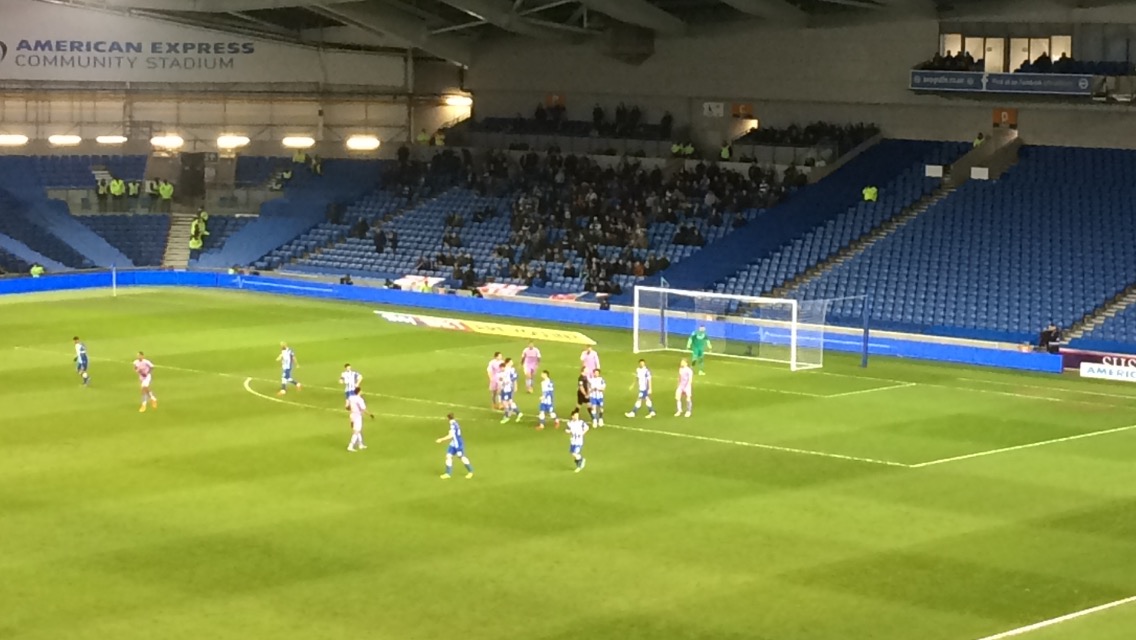 3) Gaetan Bong’s return – a proper old school substitute with number 12 on his back. The North Stand even cheered his first touch. A miscued pass that still found Sam Baldock. 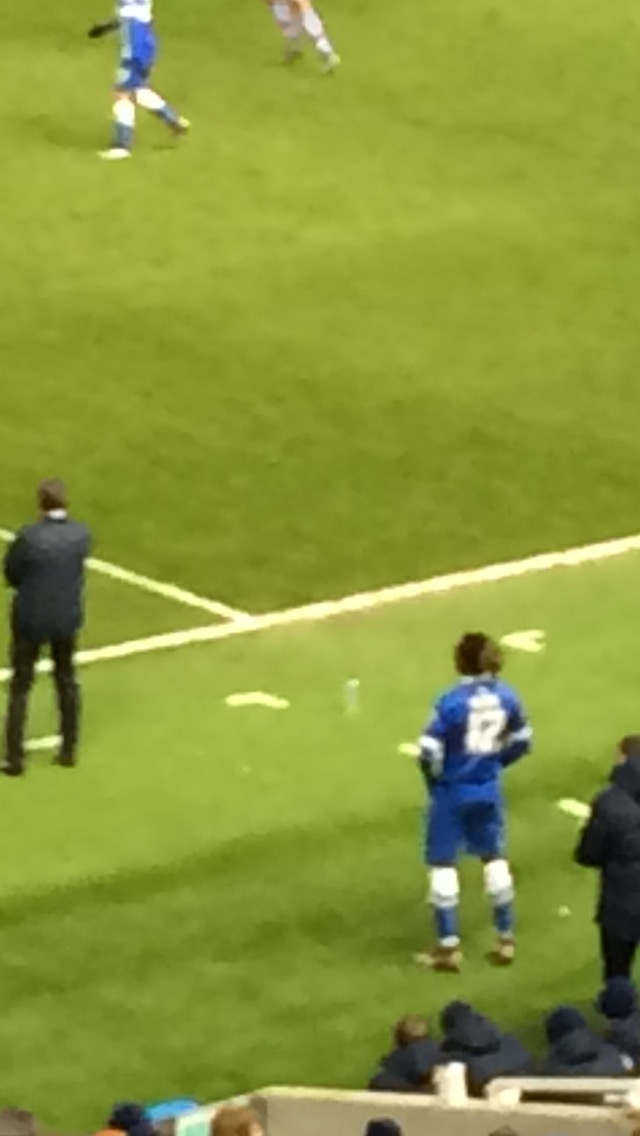 4) The big fusses – a) MK Dons Samir Carruthers at Cheltenham. Rumour has it that ex-Albion captain Steve Foster did much the same at Hove dog track some years ago although it’s hard to believe that Fozzie would waste a pint of anything. b) The apparent lack of trains from Brighton to Falmer on Monday 2 May – now the rearranged date for Albion’s last scheduled home game of the season against Derby. The national rail website doesn’t show a service. But it doesn’t show no service either.

5) Steve Sidwell limping off at the end after being injured in his four-minute cameo. Albion have until Thursday 24 March to sign some more loan players. Let’s hope it’s not too much of a Maundy Thursday.