Hove MP Peter Kyle has welcomed steps being taken by the rail regulator to win compensation for passengers affected by delays.

The Labour MP praised consumer campaign group Which? for lodging the “super complaint” that prompted the Office of Rail and Road (ORR) to bring pressure on the train operating companies.

Mr Kyle said: “The statement from the rail regulator is very encouraging, showing they recognise its simply unacceptable for passengers who have already suffered from delayed or cancelled trains to then have to deal with an unclear and confusing process to access the refunds they are entitled too.

“I hope the government, Govia Thameslink Railway and other franchise holders take action to meet these recommendations and make the changes required to give long-suffering passengers a better deal.” 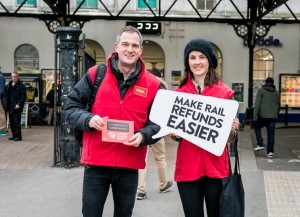 Peter Kyle and Jane Wallace from Which?

Which? executive director Richard Lloyd said: “The rail regulator confirms what Which? has said for years – millions of passengers are not getting the compensation they are owed for train delays and cancellations.

“The regulator’s plans for action in the short term are a step in the right direction.

“The pressure is now on the train companies to show they can bring about urgently needed basic improvements for their customers.

“And, where breaches of consumer law and licence conditions have been found, the ORR must take enforcement action without delay.

“But this alone will not be enough to solve the problem for passengers in the long term.

“The government must now ensure that the rail regulator has all the powers and duties it needs to be a consumer watchdog with real teeth.” 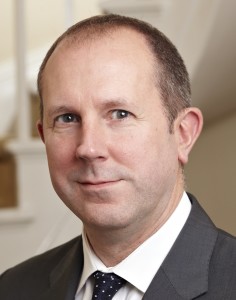 The ORR called for better information and stronger monitoring of standards among its recommendations.

It said: “Passengers’ awareness of their rights is not high enough and the information they receive needs to be improved.

“Our research shows that around 80 per cent of passengers do not claim.

The rail regulator added: “We will actively engage and closely monitor train companies to make sure improvements are delivering for passengers.

“We are also working with Transport Focus on a compensation survey of 8,000 passengers and will establish and measure the ‘claims gap’ between what passengers are entitled to from delays and how much is actually paid out.”

ORR chief executive Joanna Whittington said: “We want all passengers to be able to claim the compensation they are entitled to.

“The information they receive needs to be better and the process must be clearer and simpler.

“We have made a number of recommendations to help achieve improvements straight away.

“This is just the first step and we will be carrying out further research and analysis and introducing a strong monitoring regime to make sure that the industry is delivering for passengers.”