Have you seen missing man from Hove

The public are being asked to help find a missing man from Hove who has not been seen since Wednesday (13 April).

Sussex Police said: “Police are growing concerned for a missing man from Hangleton.

“Myron Galbraith was last seen by his family on Wednesday afternoon leaving his home in Harmsworth Crescent. The 38-year-old has not been seen since.” 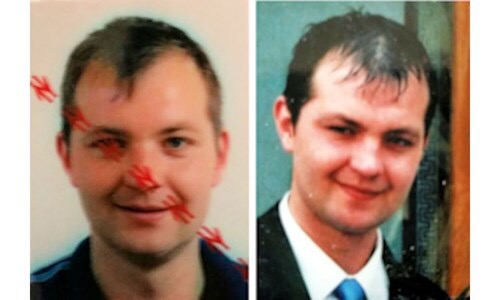 PC Andy Hunter said: “Myron has connections in the Hangleton area, where he lives, Moulsecoomb and the city centre. His family are very concerned about him as it is completely out of character for him not to return home.

“He is white, 5ft 10in, with short brown hair, stocky, with a scar to his right lip. He maybe sleeping rough in the city and was wearing a black jacket with a black t-shirt underneath, dark jogging bottoms, well-worn trainers and carrying a blue Umbro backpack.”

Anyone who sees him or who knows where he might be is asked to phone Sussex Police on 101 – or 999 if he is in danger.