A Portslade woman was devastated when her pet Jiji was found dead in woods near her home yesterday morning – but her dismay turned to horror when she learned the cat had been decapitated. 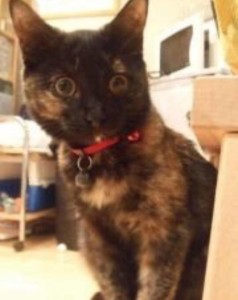 It’s not clear how Yoko Watabiki Coleman’s 10-year-old cat came to be found with its head missing, but a vet at New Priory in The Deneway told Yoko she felt sure it had been done deliberately.

The RSPCA said that it was more likely that the injuries had been caused by wildlife post mortem, but asked anyone who had any evidence of foul play to come forward.

Yoko, who lives in Dean Gardens, said: “Our cat was found dead in woods which people use for walking with their dogs yesterday morning. She had a cut head off. We are so sad and angry. I want to warn people who have pets around here. Hope the nasty things would never happened again.

“I would like everyone to know about it, to stop it happening again.”

A spokeswoman for the RSPCA said: “This death must be a very upsetting for the cat’s owners.

“We want to reassure pet owners that thankfully acts of deliberate violence against dead cats are rare and thorough research has shown that these kind of injuries are very often caused by wildlife after death and due to the small teeth it leaves a very clean wound. This would not even be apparent to a vet without an in depth post mortem.