Sussex Police has denied it ignores cannabis use after the police crime commissioner brought allegations made to her during her recent election campaign to the first accountability meeting of her new term of office. 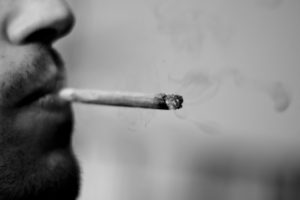 Katy Bourne brought up the issue last Friday, at the force’s performance and accountability meeting.

And she also asked the force how many individuals have been charged and formally cautioned with possession of illegal substances in Sussex in the past year and how many of these charges specifically related to cannabis possession.

She said: “During recent months I have become aware of a general perception that the police service is turning a “blind-eye” to cannabis possession both nationally and in Sussex, despite it remaining a Class B drug.

“This is of concern to me given the correlation that exists between cannabis use, mental health issues and increased levels of anti-social behaviour and acquisitive crime.”

At the meeting, the force’s chief constable Giles York said: “It is quite clear that we have not turned a blind eye and we remain very active. But over and above that, where we really want to target our effort is with the dealers.”

Assistant chief constable Laurence Taylor said from 2015 to 2016 police carried out more than 7,900 stop searches in the county. Of these 4,900 were drug related and from those searches more than 1,700 cases were positive for drug possession.

Offenders are dealt with using a combination of cannabis warnings, fines, community resolution and arrests.

ACC Taylor said: “We work on the principle that if there are no aggravating factors, the person is not a child, and if it is deemed appropriate, we will issue a cannabis warning.

“Officers are reminded that arrest should always be the last resort for a first time offence and to make each decision subjectively.”

The commisioner’s chief executive and monitoring officer Mark Streater, concluded the drug related section of the meeting by asking about the potency of cannabis today.

He was shown that legal, chemical highs are of greater concern and will fall under the ban on psychoactive substances, which starts today.