Caravans, trailers and other engineless vehicles left stored on roads or pavements in Brighton & Hove are set to be towed after four out of five people said they would support a crackdown. 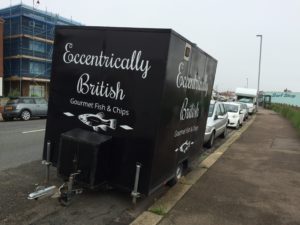 Councillors are being asked to approve the change in an attempt to tidy the streets and free up parking spaces.

It would entail the council invoking already-available powers under the Highways Act 1980. In a survey 82 per cent of respondents said they support action being taken.

So-called non-motorised vehicles or NMVs are seen as an increasing problem. Since 2012 the council has dealt with over 400 reports.

Historically the council has only ever removed NMVs using refuse disposal powers. But this requires them to have been abandoned. Lived-in vehicles are tackled by the council’s travellers team.

Until now there has been no policy on vehicles which are neither abandoned nor lived in.

However Section 143 of the Highways Act allows removal of structures from the highway – regardless whether they are owned or abandoned. Legislation requires the council to issue a notice. After a month the vehicle can be removed. Costs can be recovered from any identified owner.

Implementing the policy would cost an estimated £5,000 to £10,000 a year. Costs would be reduced where possible by charging owners for the return of trailers or by selling them.

Chair of the environment committee Cllr Gill Mitchell said: “It’s annoying for residents who have to buy parking permits and road tax to have their streets occupied by trailers which require neither. NMVs such as dilapidated caravans, burger vans or trailers bearing adverts can also make streets look an unloved mess.

“That’s why we had positive feedback on the proposal during consultation.”

For a council survey, 321 addresses in areas with many NMVs were sent a postcard asking for views and an online form was made available and publicised. 135 valid responses were received, via these or the council website. 109 (82 per cent) said they would support action being taken. Twenty (15 per cent) would not support it and four (three per cent) were unsure.

A report on the matter goes to the environment committee on June 28.