A senior Brighton hospital consultant has been cleared of racism at a Medical Practitioners Tribunal Service (MPTS) hearing.

Peter Hale, 58, had been accused of making racist remarks about some of his colleagues, referring to four doctors from India and Pakistan as “these subcontinent elements”.

The remarks were secretly recorded after a heated meeting on Friday 13 December 2013.

Mr Hale was sacked from his post as a clinical director at Brighton and Sussex University Hospitals, the NHS trust that runs the Royal Sussex County Hospital.

And he was taken to the MPTS tribunal by the General Medical Council after the four doctors complained to the GMC.

At the start of the case, the MPTS tribunal panel said: “The tribunal will inquire into the allegation that between 2011 and 2014 Mr Hale failed to show respect for several colleagues in his interactions with them and that his conduct was unfairly discriminatory.

“It is also alleged that Mr Hale’s conduct on one occasion was motivated by racial prejudice and that Mr Hale was aggressive towards a colleague.” 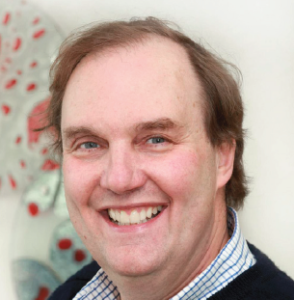 After almost more than three weeks of evidence and argument, the tribunal rejected the claims of racism and found: “The doctor’s fitness to practise is not impaired by reason of misconduct. It also decided that it was not necessary to impose a warning.”

Mr Hale was told by the tribunal: “Your comments followed a heated and antagonistic meeting at which the complainants made a number of unprofessional and personal comments which included accusations of racism and slavery.

“Whatever their grievances may have been, they were not appropriate comments to have made at that meeting.

“Their conduct at the meeting followed similar behaviour towards you and other staff members over a period of time.

“The tribunal was satisfied that against that background your comments were not motivated by racial prejudice but rather in response to the conduct of the complainants both during and prior to the meeting.

“Although your comments were derogatory and dismissive, the tribunal is satisfied that they were not racially motivated.”

The consultant worked at the Royal Sussex for 20 years, until January last year. He lost his job after a complaint by the four doctors – Vivek Kaul, Ved Prakash, Christi Swaminathan and Khawaja Zia.

They brought a discrimination case against the trust but it was thrown out after it emerged that they had secretly recorded a meeting at which the trust was taking legal advice. The four were ordered to pay the trust’s legal costs. They plan to appeal.

Mr Hale has also brought an Employment Tribunal case against the trust for discrimination and unfair dismissal. He is waiting to hear its verdict.

The trust said: “Peter Hale was dismissed from the trust on (Thursday) 8 January 2015 for gross misconduct when it was found following an investigation and disciplinary hearing that he had breached the trust’s Equality, Diversity and Human Rights Policy, the Dignity at Work Policy and Procedure and the Disciplinary Policy Procedure.”

He was clinical chief of the 3Ts (hospital modernisation) programme and director of digestive diseases.

The MPTS tribunal looked at five specific incidents and noted that the trust had refused to share key evidence that Mr Hale’s barrister, Mark Sutton, said would support his innocence. It also heard that the trust did not keep accurate minutes of meetings.

Mr Hale did not deny being straight-talking and accepted that he could be robust. He admitted that, in August 2013, in the tribunal’s words, “on discovering that your surgical list had been delayed, you failed to show respect for your colleagues”.

The tribunal said that he “behaved in an intimidating manner towards Ms B, shouted at Ms B, repeatedly used vulgar expletives in your language to Ms B, shouted at Dr C, intimidated Dr C, made threats to Dr C by saying words to the effect of, ‘I will inform your seniors,’ (and) ‘I will have you at a disciplinary,’ (and) made Dr C cry”.

Mr Hale also said: “My patients are the sickest in this hospital and my patients’ operations are always delayed.”

And in February 2014 he was found to have shouted at Ms D and been aggressive towards her after finding that an operating theatre was in use when he needed it.

But he was found not to have said: “You don’t care that this hospital is going to shit.”

With regard to Mr Hale’s outburst in August 2013, his “inappropriate behaviour was out of character”, the tribunal said.

It added: “the reason you lost your temper was out of concern for a patient you considered required immediate surgical intervention.

“It further noted that you had multiple stressors and work pressures at the time. It also bore in mind that you apologised to Dr C and offered to apologise to other staff members who had been affected by your behaviour.”

The MPTS tribunal said last week that two allegations of discrimination made by a colleague referred to as Dr A from September 2011 and October 2013 were not proved.

Dr A – one of the four doctors who brought the complaint about Mr Hale – was himself sacked by the trust for gross misconduct.

In December 2013, the MPTS said, Mr Hale spoke about “some of these subcontinent elements” at a meeting. He referred to them having “long-term resentments” and being “their own worst enemies”.

He was also found to have said that one of them “needs a good slap” and referred to them as “an unbelievable group of people. Vile actually”.

But the tribunal said that his conduct was not “motivated by racial prejudice” or “unfairly discriminatory”.

He was, said Mr Sutton, referring to the four individuals collectively and criticising their joint behaviour rather.

The tribunal listened to a secret recording of Mr Hale that led to the complaint by the four doctors.

Addressing Mr Hale, the tribunal said: “With reference to the term ‘sub-continent elements ’, you stated that the issue was that in that meeting there was a set of behaviours and things were said that were completely out of your normal experience throughout your long career.

“You stated that the issue of race was introduced by the complainants and even now you find these comments quite shocking and deeply offensive and you have not changed your position on that.

“You had no idea as to why the language and conduct were deployed and why that approach had been taken, nor why the comments would be made in a meeting like that.

“You stated that the behaviour and conduct of the complainants was entirely disruptive.”

The tribunal also said: “The tribunal considered the credibility of Mr A. It had concerns about his truthfulness.

“He stated that he could not remember the basis of his dismissal document, which the tribunal believed to be highly unlikely.

“When questioned about who had recorded the meeting on (Friday) 13 December 2013, he had stated that the recording was made inadvertently.

“This differed from the accounts of the other complainants.”

The tribunal said that it had taken care to consider the context of the comments and added: “The tribunal has found that you failed to show respect to colleagues but that this was not motivated by racial prejudice.

“It found your remarks to be derogatory, dismissive and inappropriate, especially since they were made in front of other colleagues.

“The tribunal took into account the circumstances. There had been a period of increasing disharmony arising out of an ongoing contractual dispute.

“You had been a part of a meeting which was described as ‘toxic ’, and in which the complainants had shown disrespect by making accusations of racism and slavery.

“The tribunal noted from the audio recording that you had remained measured and polite during the formal meeting but that you were understandably frustrated when the meeting ended.

“You apologised for your behaviour on more than one occasion and you have worked as a doctor for around 30 years with no other issues.

“You have shown insight and reflection and have attended relevant courses to increase your self-awareness.

“The tribunal does not condone your disrespectful behaviour. However, a warning was not necessary to uphold public confidence in the medical profession and would be disproportionate.”