A whole neighbourhood in Brighton will be transforming itself street by street into a Christmas calendar this December. 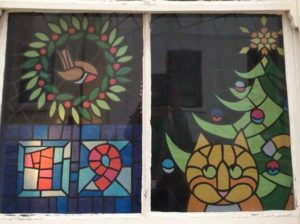 Streets in Hanover have put together advent calendars in the past, with each house being allocated a day on which they reveal a window display which then stays up until Christmas.

This year, the whole area will be taking part, with each street allocated a day for individuals to unleash their festive creations. 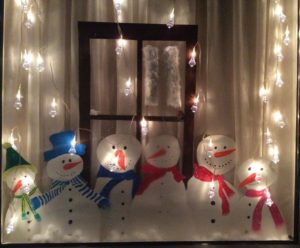 Organiser Jenny McCall, who has taken part in a Windmill Street calendar for the last couple of years, said: “Last year I noticed that there are a lot of streets doing it – Cobden Road and Queens Park Road and Stanley Street – and I thought we could make it bigger and go one street a day.

“We have got 33 streets taking part with some streets doubling up. Now they have their dates allocated it’s up to the individual streets what they do.

“Lots of people have got different ideas but we are not imposing a theme at all.

“Some people want to celebrate Christmas in a traditional way, other people have talked about celebrating the solstice, others have suggested a Frozen theme. It’s up to people to do whatever they want.

“Some of us will be doing a charity collection, for Shelter or other charities. And I think it’s already achieved something in that neighbours in the same street have met each other for the same time and individual street organisers are having get togethers so we have already introduced some neighbours.

“I think it’s just a great way of getting out and instilling festive spirit.” 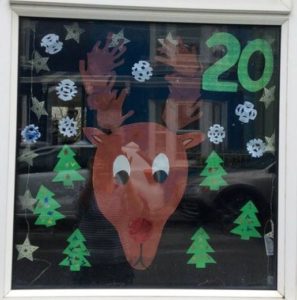 Jenny first mooted the idea for a Hanover-wide calendar on the neighbourhood Facebook forum, the Hanover Community Notice Board in early October, and within days scores of people had signed up to help. Each street now has organisers who will liaise with their neighbours.

She said: “Without the Hanover community Notice Board there’s no way we would have been able to organise this. It’s a nice way of showing how social media can improve neighbourhoods.”

The calendar kicks off on December 1 in Quebec Street, and then winds its way round Hanover until Christmas Eve. The full list of dates and streets taking part can be found here. 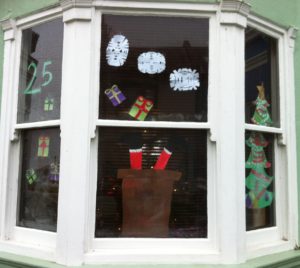