New ways to give to homeless people online

A new way to give to homeless people without handing over cash is being launched in Brighton. 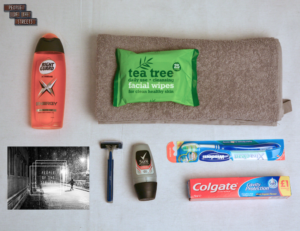 Brighton Housing Trust (BHT), which runs the First Base Centre, is partnering with People of the Streets, which has created an online store for people to buy essentials such as toiletries, backpacks and warm clothes.

Meanwhile, there are just eight days left to donate to another homeless fundraiser, Make Change Count, which has raised almost £5,000 to give to local homeless support charities – including BHT, St Mungo’s, Pavilions, Equinox and Nightstop.

People of the Streets was first launched in Nottingham by a group of students, and is now rolling out to five more cities including Brighton where homelessness is a major problem.

Jo Berry, BHT’s Head of Fundraising said: “We are excited to be part of this fantastic new initiative, led by a group of students who want to make a difference. People of the Streets have taken the time to speak to us about what people who are sleeping on the streets really need and to understand the issues homeless people face.”

Megan from People of the Streets said: “Together I’m sure we can have the largest impact on the lives of our less fortunate fellow citizens and expand the understanding of homelessness to the general public.”

Kellie Murphy, St Mungo’s Regional Director of the South of England, said giving online through initiatives like Make Change Count is a more reliably effective way of helping homeless people than giving money directly to people on the street.

She said: “We live in a generous city and people understandably want to help those living on the streets. And giving to someone right in front of you is a natural reaction. But there are better ways to help and we’re asking people to think about how they can really make their change count

“Across the city there are organisations helping people sleeping rough by offering a way to come off the streets and into accommodation, making sure people are cared for, whether that be advice about healthcare, benefits, work or education.

“This is an important campaign. With numbers rising, there’s no more urgent time than now to galvanise the energy in the Brighton and Hove community and make their change count to help the city’s most vulnerable.”