The acting chief executive of the ambulance trust serving Brighton and Hove has left his job more quickly than expected.

Geraint Davies left the South East Coast Ambulance Service NHS Foundation Trust board on Thursday (9 March) – three weeks before he was due to depart.

Just over a fortnight ago Mr Davies said that he would remain in post until the end of March and was “committed to the job in hand”.

Mr Davies stepped up from being director of commercial services when the former chief executive Paul Sutton left the Secamb trust board last year.

Mr Sutton left in the wake of the 111 call handling scandal. The trust had delayed its handling of thousands of emergency calls using a controversial secret policy as it tried to improve its performance indicators. The policy, implemented over the winter of 2014-15, was the subject of critical official reports.

According to the Daily Telegraph: “Separate documents show complaints of bullying by Paul Sutton, then head of the trust, and by Geraint Davies, now acting chief executive, were upheld following an investigation by conflict resolution experts.”

In what turned out to his final chief executive’s report to the ambulance trust board, Mr Davies wrote: “Following the leaking of a number of internal confidential reports to the national media, the trust has been the focus of significant negative national and regional media coverage during February. 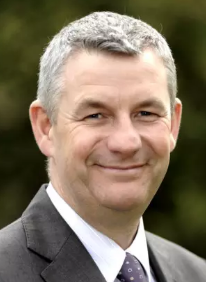 “The media coverage focused on a range of historic allegations covering a number of issues which were investigated and dealt with at the time.

“Although we cannot be sure where this leak originated, my message to staff about this expressed disappointment that such sensitive information was provided to the press despite the steps we have taken to provide for staff to raise concern internally, including anonymously.

“It is important to emphasise that this message was not in any way intended to restrict staff from speaking up. Quite the opposite, my intention was to highlight the most effective ways in which this can be done.”

Mr Davies also said in his report that a project was under way “to help support the steps we have already taken to tackle bullying and harassment issues within the trust”.

He said: “This is led by Professor Duncan Lewis from the University of Plymouth who is a recognised expert in this field.”

Professor Lewis has been asked to carry out a review using survey and focus group finding before producing “a report helping to focus on the principal issues”.

On Thursday (9 March) the interim trust chairman Sir Peter Dixon issued a statement to Secamb staff, patients and the public.

“I would like to take this opportunity to thank Geraint on behalf of the trust for not only his hard work and commitment during the last 12 months as acting chief executive but also his wider contribution during his 12 years with the trust.

“I have asked David Hammond, director of finance and corporate services, to take on the role of acting chief executive until our new chief executive Daren Mochrie joins the trust at the beginning of April.”

Since the start of the year a number of trust board directors have left including the medical director Rory McCrea and his replacement Andy Carson.

Dr McCrea, who worked two days a week, left with immediate effect in early January while Dr Carson stepped down as interim medical director because of unexpected health issues.

Another doctor, Katrina Herren, stood down from her role as a non-executive director for personal reasons.

And another non-executive director, Trevor Willington, left after serving for seven years and having completed his term at the end of January. 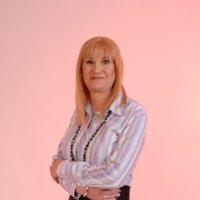 His place on the board has been taken by Angela Smith, from Brighton. Dr Smith, 59, an actuary and management consultant, has a doctorate in theoretical astrophysics and previously taught maths at Oxford University.

Her career has included senior posts at KPMG and Halifax Bank of Scotland (HBoS), running her own consultancy Globerisk and a seat on the council of Sussex University.

Interviews were due to be held just over a fortnight ago for a new trust chairman to take over from Sir Peter Dixon. He took on the role of interim chairman after the departure of Tony Thorne, another casualty of the 111 call handling scandal.

The ambulance trust was placed in special measures last year after being rated inadequate by the Care Quality Commission, the official watchdog.

The CQC is due to reinspect Secamb from Monday 15 May to Thursday 18 May. The trust said: “Requests for information in preparation for this inspection are already coming into the organisation.”