The head teachers of more than 40 Brighton and Hove primary schools have written to the city’s MPs, warning that massive budget cuts are pushing school budgets “beyond breaking point”. 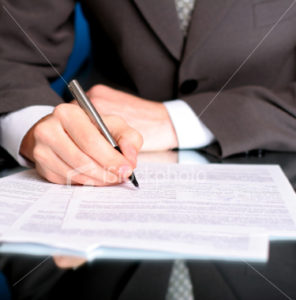 They say nursery class closures and reductions in support staff and services are already under way as a result of the estimated £11.5 million in cuts to city schools’ budgets.

Money raised by PTAs, which is meant to be for extras outside the core school budget such as trips, play equipment and clubs, is now being diverted to buy essentials such as books and pens.

And as heads continue to work out how to balance the books before the beginning of the financial year in April, more cuts which could reach the classroom could be in store.

It says: “In recent years it has become apparent that current budgets are unsustainable. In Brighton and Hove head teachers have had to make difficult decisions in order to balance budgets.

“Some examples of this are reductions in support staff, closure of nursery classes and reduction of support services such as family workers, counsellors and pastoral support staff.

“Nationally, the National Association of Head Teachers (NAHT) has shown that more than half (55 per cent) of school leaders in a recent survey felt that their deficit would be untenable by 2018-19. Funding pressures are being felt across all phases and in all schools, not just in this area. Many heads have welcomed plans for a national funding formula but there simply isn’t enough money to go round in the first place.

“The School Cuts website, which analyses data provided by the Department for Education, shows that Brighton and Hove will lose £11,548,216 in total by 2019.

“This equates to -£381 per pupil and the equivalent of -310 teachers across the city, which would have a significant impact on the standard of education we can offer our pupils.

“School budgets are being pushed beyond breaking point.”

Caroline Lucas said hat she had requested a debate on the issue in Parliament and wanted to work with Mr Kirby and My Kyle to protect schools from cuts.

She said: “Like so many in our city I am extremely concerned that school budgets are being pushed beyond breaking point. Some schools are relying on charity PTA fundraising to buy essentials like pens and glue sticks – and there are serious fears that job cuts will become inevitable.

“I am in close touch with all the heads in the constituency and will be responding soon to the government’s consultation to ensure that Justine Greening (the Education Secretary) is made aware of the serious damage that underfunding poses to our schools.

“I have requested a debate on this issue in Parliament and I have also been in touch with the other MPs in the city with an offer to work together to best defend our schools from these cutbacks.”

Simon Kirby said that he would be keeping a close eye on how changes to the national schools funding formula affects schools across the country. He said: “There is currently a historic and opaque postcode lottery in school funding which I believe to be unfair and outdated.

“The existing system is so inconsistent that it can put similar children in similar schools at an unfair educational disadvantage. It is time for this system to be reformed.

“Views are now being sought on the more detailed design of the national funding formula to ensure that, with the help of the sector, it gets the formula right and I will be keeping a close eye on this.

“The aim of the proposals for funding reform is that all schools and local authority areas across the country will receive a consistent and fair share of the schools budget.

“This would mean that every child will have the best possible chance to fulfil their potential, regardless of their background or where they live.”

“This measure will fail to address the fundamental lack of investment in our schools which is, in my view, unacceptable.

“As a Labour MP I believe that education funding should be wholly protected and my party is committed to protecting the entire education budget, including the early years, schools and post-16 education, so that it rises in line with inflation.”