Did you witness racist abuse at Brighton sauna?

Police are seeking witnesses to a reported incident of racial abuse in a Brighton sports centre. 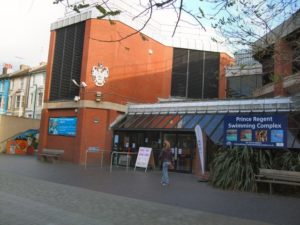 At 1.30pm on Sunday (19 March) a 34-year old man was preparing to use the sauna at the Prince Regent Sports Centre in North Road, Brighton, when he was subjected to verbal racial abuse by another man who was a stranger to him and who believed the victim was a Muslim.

Present at the same time was a woman, of whom there is no current description and who was not connected with either of the men. Police believe would she have seen and heard what happened.

PC Johanna Cooper said; “We would like that woman and anyone else who has any information, to contact us via email 101@sussex.pnn.police.uk quoting serial 683 of 19/03.

“You can also report online to https://sussex.police.uk/contact-us/response-to-appeal/ or call 101.”

A 36-year old Brighton man was arrested on suspicion of racially aggravated abuse, and after being interviewed was released on police bail until 22 April while enquiries continue.