A 22-year-old man from Hove has been jailed for four counts of rape after a trial by jury that started six weeks ago.

Three of the charges related to a nine-year-old girl. A jury found Manion guilty of raping her between dates in July 2009 and August 2010 when he was 14 or 15 years old.

He had been found guilty at an earlier trial of a fourth count which happened on Friday 19 November 2010 – just over two months after he turned 16. He raped a 16-year-old girl as she slept.

He was served with a Sexual Harm Prevention Order indefinitely, severely restricting his access to girls and young women. He will be a registered sex offender for life. 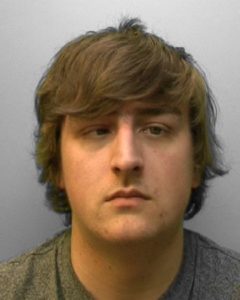