UKIP has chosen a former parliamentary candidate and county councillor to contest the Brighton Pavilion seat at the general election on Thursday 8 June. 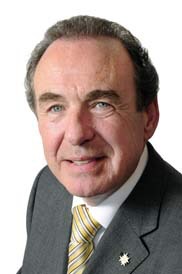 It has picked Ian Buchanan, who stood in Brighton Kemptown last time and was an East Sussex County Council member for Peacehaven until last week.

Mr Buchanan will take on Caroline Lucas, Britain’s first Green MP, as well as Labour’s Solomon Curtis and Emma Warman for the Tories.

The Liberal Democrats also picked a former Brighton Kemptown candidate Paul Chandler but his party has since decided not to fight the seat.

As with the Greens’ decision to stand aside in Brighton Kemptown, the aim is to optimise the chances of a left of centre party beating the Conservatives.

UKIP has yet to say whether it will field candidates in Hove and Brighton Kemptown.