Most services in and out of Brighton have been cancelled after major signalling problems on the mainline and Coastway East. 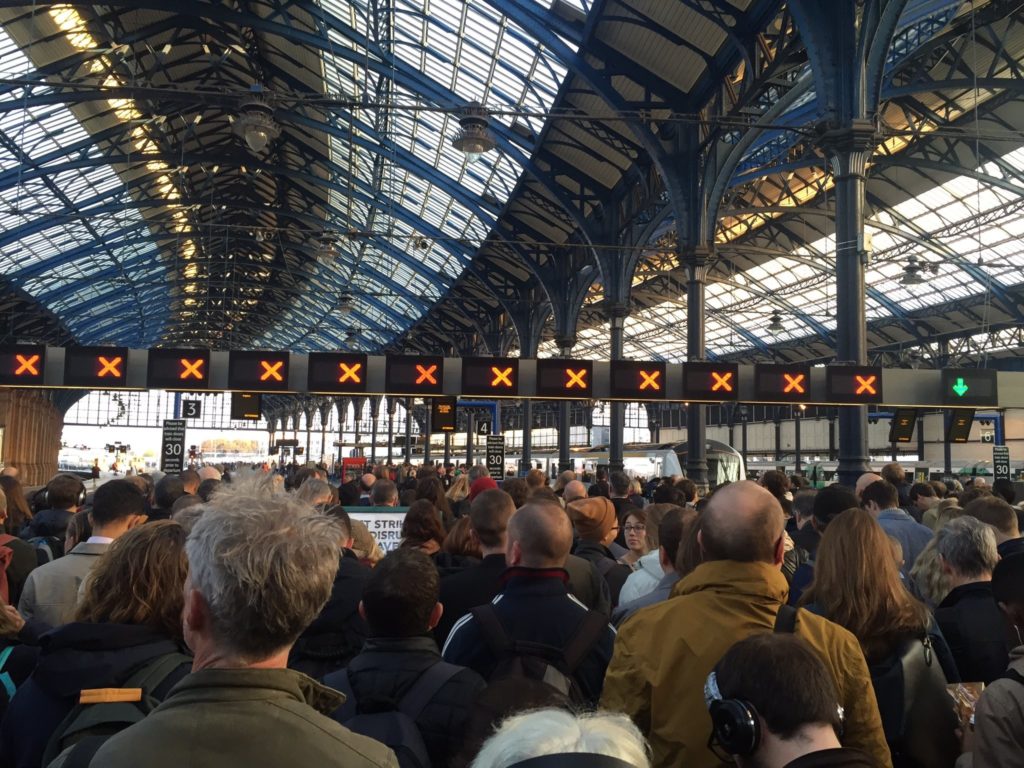 Southern, Thameslink and South Eastern services are affected by the fault affecting platforms 3 to 8, which is expected to last until 1.45pm.

Southern says: “Disruption to all services via Brighton. At present services to and from Brighton are at a stand on the Mainline and Coastway East. Only platforms 1 and 2 at Brighton towards Hove are able to operate with delays.

“Ticket acceptance is in place with Thameslink services which are also affected with incident.Tickets accepted on Brighton and Hove buses via any reasonable route.”

National Rail Enquiries says: “There is a fault with the signalling equipment at Brighton affecting platforms 3-8. At present services are unable to operate from these platforms.

“This affects services towards Gatwick Airport, London and services on the Coastway East towards Lewes. Platforms 1 and 2 are in operation with delays expected on services via Hove and Worthing.

“There is a reported fault with the signalling equipment and Network Rail, who own and maintain the infrastructure over which trains run on, have staff attending to effect repairs. Whilst this is on-going, services may be delayed or subject to alteration.

“Once the fault is repaired, staff will be working to restore the train service to the normal timetable as quickly as possible.”

⚠️ Due to major signalling problems we are unable to run any services in/out of #Brighton station currently.

The signal failure comes just over a week after commuters faced delays as a result of a broken down train used for engineering works on the main line.

Services between Brighton and London were disrupted because the broken down train was blocking the southbound line in Horley, just north of Gatwick.

It stopped working in the early hours of Tuesday 2 May – the day after the May Day bank holiday – causing a series of cancellations.

Network Rail, which is responsible for the engineering work, said: “A broken down engineering train meant that we were unable to complete some overnight work near Gatwick and one of the four tracks through the area was closed as a result.

“The train has been removed from site and a replacement is on its way to complete the job.

“Passengers are being advised to check before they travel as there are some service alterations and knock-on delays.”