Labour stormed to victory in Brighton Kemptown with Lloyd Russell-Moyle winning a majority of almost 10,000 as he defeated Conservative Treasury Minister Simon Kirby. 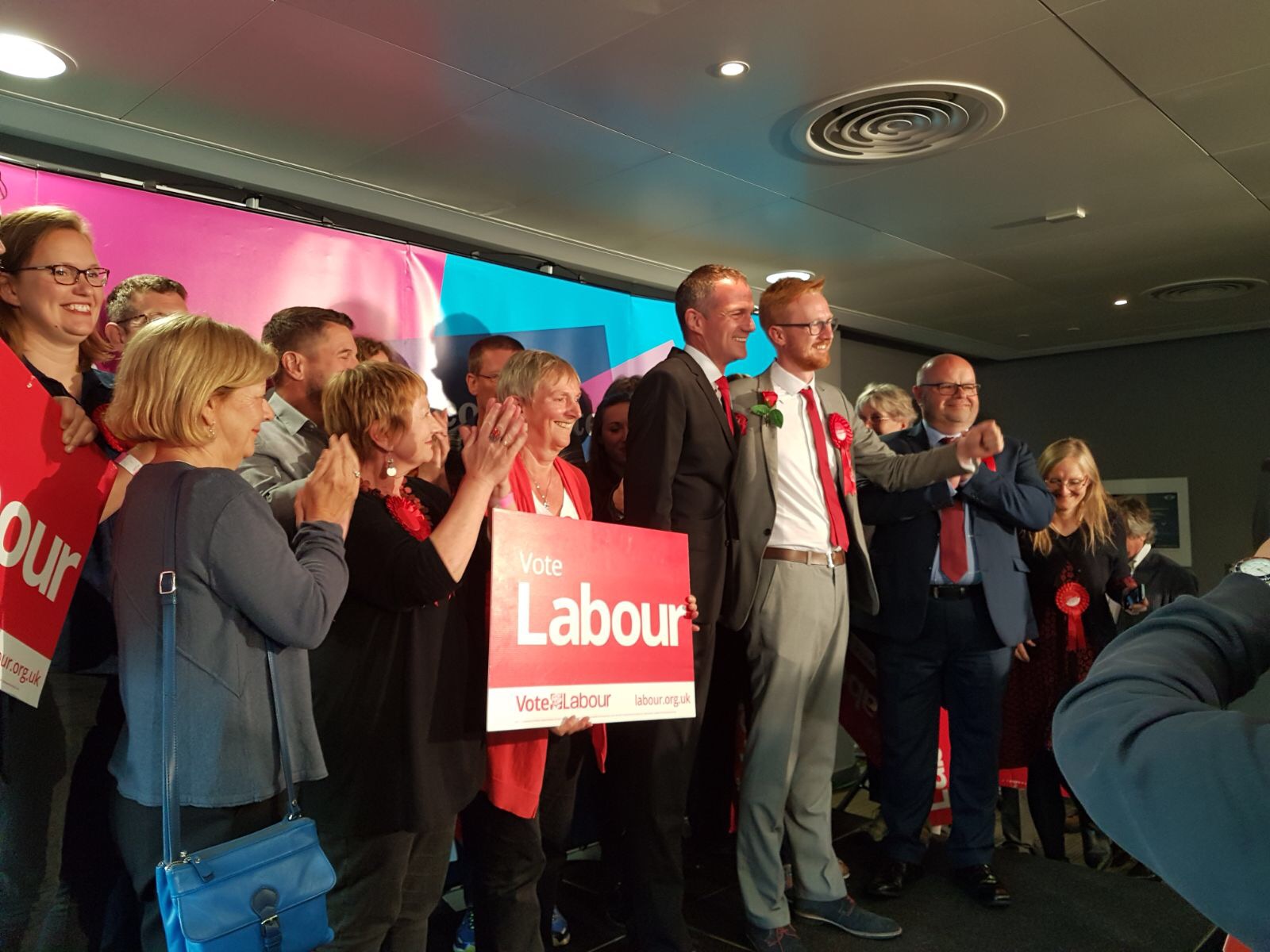 Mr Russell-Moyle, 30, won a seat on Brighton and Hove City Council in a by-election just under a year ago. Now a third by-election is expected in East Brighton in less than five years.

Two years ago he stood in Lewes at the 2015 general election, finishing fourth with 5,000 votes in a contest between the Tories and Lib Dems.

This morning (Friday 9 June) he was celebrating after overturning Mr Kirby’s 690-vote majority to win a famous victory.

He wasn’t even selected for the seat until 11 days after Theresa May fired the starting gun for the snap election.

But Mr Russell-Moyle picked up the highest number of votes ever cast in the constituency.

After the result was declared he said that his party had stood on policies not personalities.

The Greens stood down in the seat to give Labour a better chance of victory as part of a push for a “progressive alliance”.