A new homeless scheme set up in response to a council resolution to use empty spaces to house rough sleepers has come under fire from campaigners who say it is curtailing tenant rights. 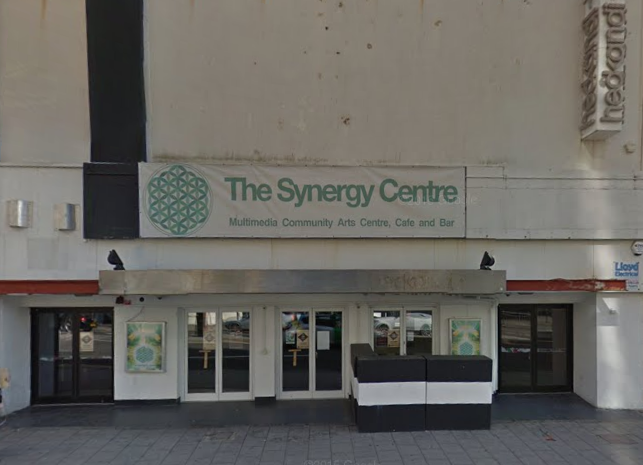 Space Mates, a homeless advocacy organisation, is hoping to set up a pilot project to house 15 homeless people at the Synergy Centre, with four already sleeping there.

It says it came up with the scheme after the Synergy Centre was approached by Green councillors to see if its space could be used before it is sold in October. Homeless people will be appointed “property guardians” of the centre, and helped to transition back into settled accommodation and employment.

But the Brighton Benefits Campaign say it is a backdoor to eroding tenants’ rights, with homeless people paying rent via housing benefit but still able to be evicted at short notice and the space they live in accessed not just by the centre management but also hired out for public meetings.

And one such meeting, organised by the local Labour party and ironically discussing the housing crisis, is going to be picketed tomorrow in protest at what the BBC says it a scheme to provide cheap security for private companies while attacking housing rights.

Steve Parry of BBC said: “It is unacceptable that campaigners for tenants’ right have ended up encouraging the use of the Guardianship scheme, a scheme that is threatening to become the norm, and which has already created an underclass of renters with severely curtailed rights, who live in miserable and legally dubious conditions.

“It is dangerous that housing campaigners and charities have accepted uncritically the ideology that the poor should be ‘grateful’ for substandard accommodation because they have no choice but the street. If this ideology is normalised, all landlords will adopt it, and most of us will end up living in slums if not actively homeless.”

Among the concerns raised by BBC are:

Space Mates is run by Adam Palk, a former director of the Synergy Centre, and BBC says he has teamed up with another former Synergy Centre director Nick Parker to run the property guardians project.

On the Space Mates website, Mr Palk said that the scheme was run : ” It has never been the plan to acquire profit to line the pockets of management and staff alike. So far I have spent a large amount of my own money to get things started and co-director of the Synergy Centre has spent £30k of his own money investing in the project, money he has yet to recoup.

“In the design stage of the project, homeless people themselves attended a number of meetings to help design a project that was both deliverable and would meet their needs.

“All the beneficiaries currently living at the centre do so out of choice. All residents are interviewed, assessed, risk assessed and interviewed before entering into the project and three managers are on call 24/7.

“We have started off slow, inviting in four residents that have been a part of the project from the beginning stages of planning and development, as well as Big Issue vendors we have known for some time.

“All residents were told exactly what their rights were and how the project will be run. All of the beneficiaries accepted the offer and felt that this was and is an amazing opportunity to get off the streets and take some time to get back on their feet.”

He said that guardians were not required to pay a service charge as happens with other similar schemes, and that the only responsibilities they had as part of their role were basic, such as checking fire doors are closed, and that a contract of paid employment had been offered to one guardian.

He said that nobody with ongoing mental health or substance issues had yet been chosen as guardians, and that while one eviction had taken place, this was as a result of threatening or criminal behaviour, the only basis for eviction.

He added: “Valuable time is having to be spent defending the project from baseless attacks that could be better spent helping homeless people. We wonder how much time the Brighton Benefits Campaign spend helping homeless people – volunteering at homeless projects for example. It is much easier to criticise than to do anything constructive.

“While we agree that there is a lot wrong with the way housing and property is owned in the UK, we are practical people who wish to make a real difference to people’s lives today rather than shake a futile fist at ‘the system’ and wait for the revolution which will make all these problems go away.”

Libby Barnes, who organised the meeting at the Synergy Centre tomorrow night, said she hoped that both sides would attend the meeting to discuss their differences.

She said: “I was in the Synergy Centre and I have talked to the homeless people who stay there and I think that people need to listen to them. Their voices have been missed in all of this.

“It’s their interests which I hold most dear and I want to make sure that they have some place still to live.

“I think that everybody here is concerned about the homeless. I don’t think there’s that much difference in opinion. We want to see decent housing for all and that’s thelong term goal, and meanwhile, in the short term people are doing their best to find solutions within the framework of what we have.

“We need to be tackling the Tories and their awful policies which have left so many people in housing poverty.”