Is this the very best synthpop release of the year? 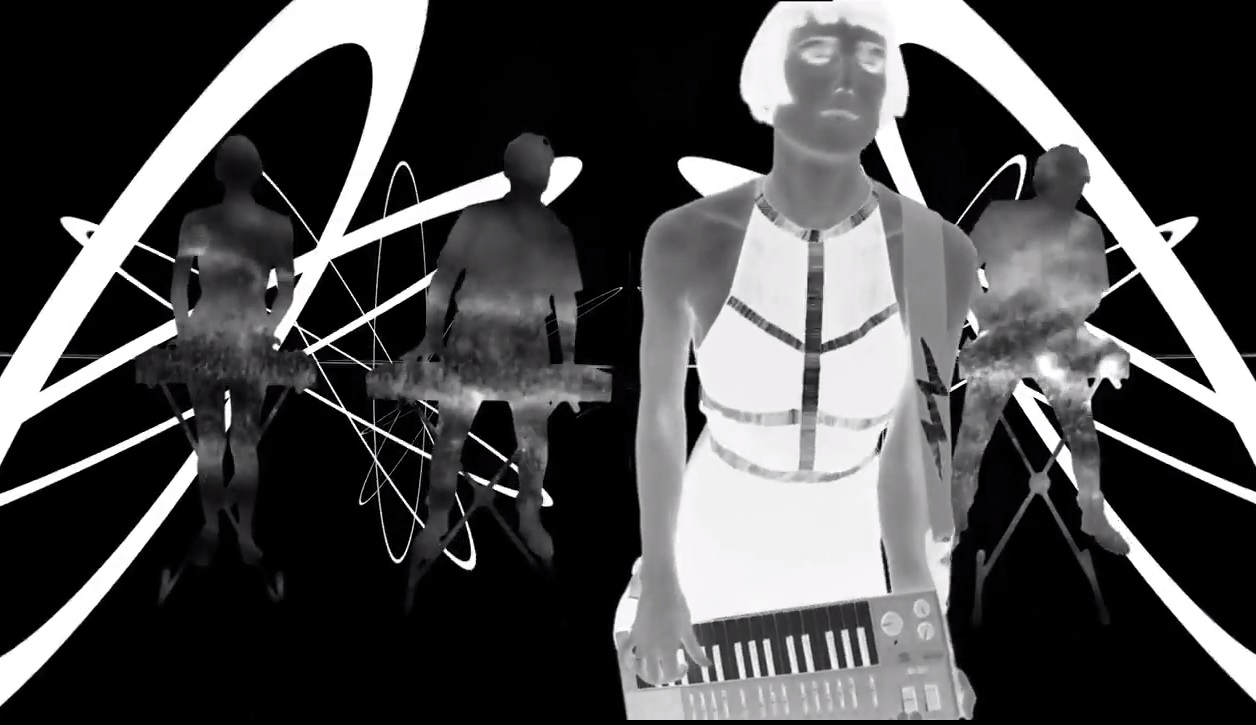 Something extremely exciting indeed dropped into inbox today! It was an announcement of a brand new video by former Brighton residents Brigitte Rose and Chris Black aka Battery Operated Orchestra. 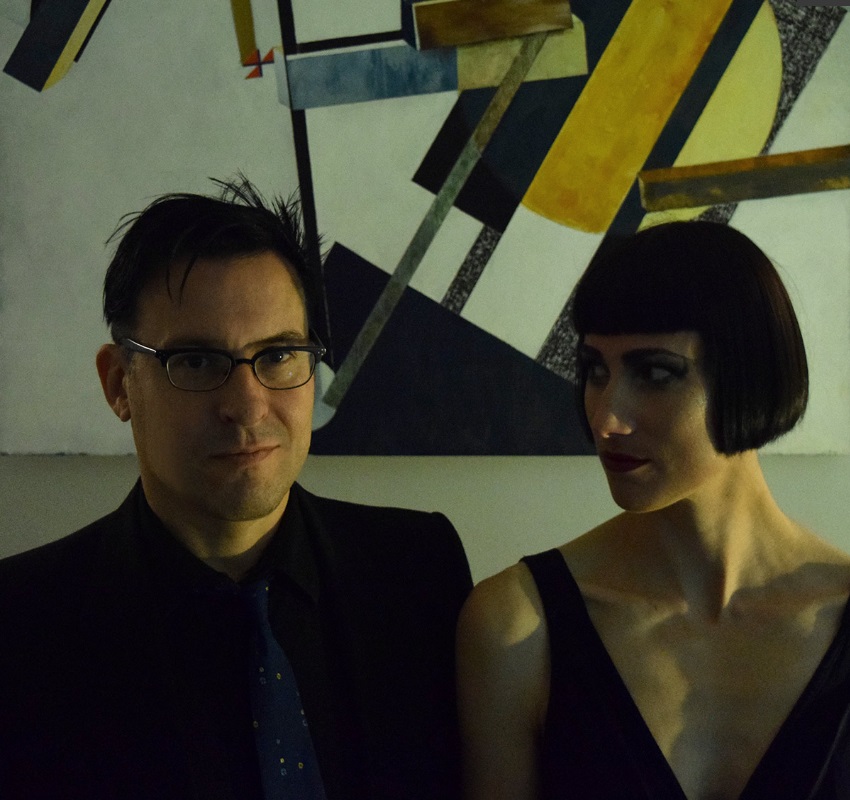 Brigitte and Chris recently moved just a few miles along the coast eastwards in order to have a pad to house all of their synthesizers and creative gear. The move sure has worked out fine judging by listening to their new video for their forthcoming Radiation EP (which is unleashed on 12th September and put this in your diary right now – it’s FREE TO DOWNLOAD for one week between September 12th and 19th!). For once this is a good radiation, as opposed to any possible local Beachy Head/Eastbourne mystery fog cloud radiation? 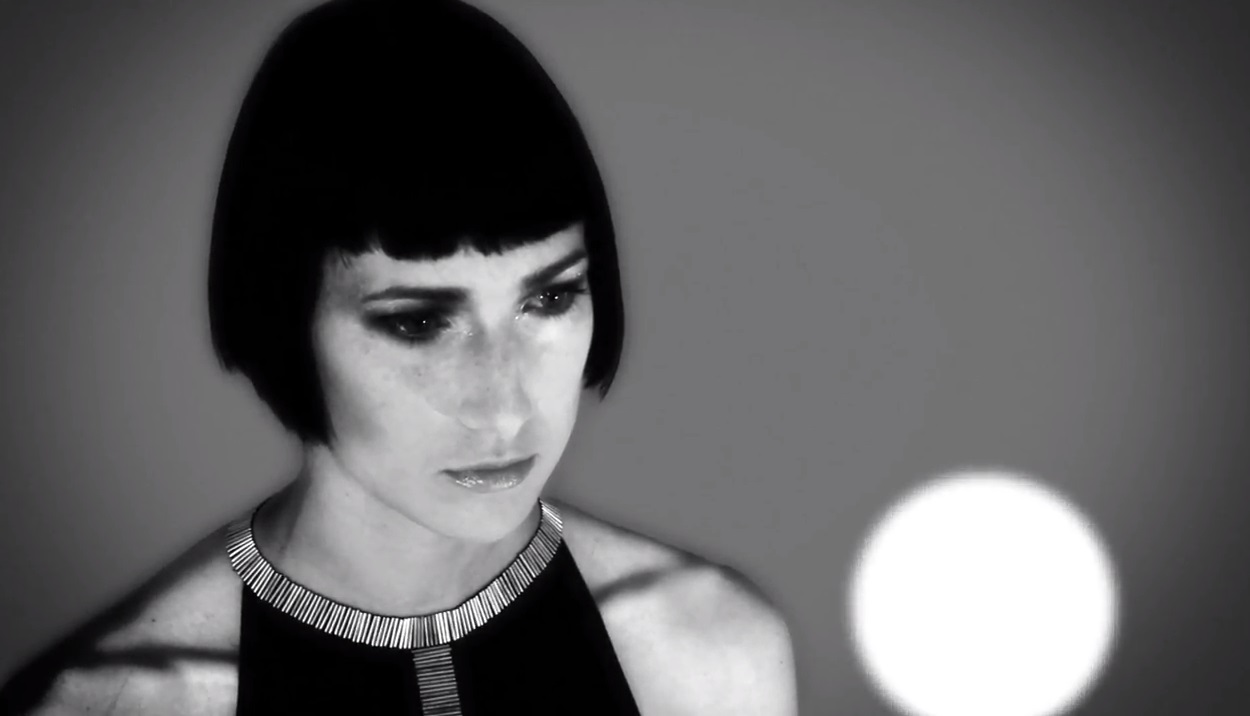 Battery Operated Orchestra (BOO) have been proud purveyors of irony-free DIY synthpop since 2010 and have today (29th August) unleashed the third music video from their hard, dark and shiny second album Radiation. The video was expertly directed and shot by the band themselves with their own hand-made visual effects. 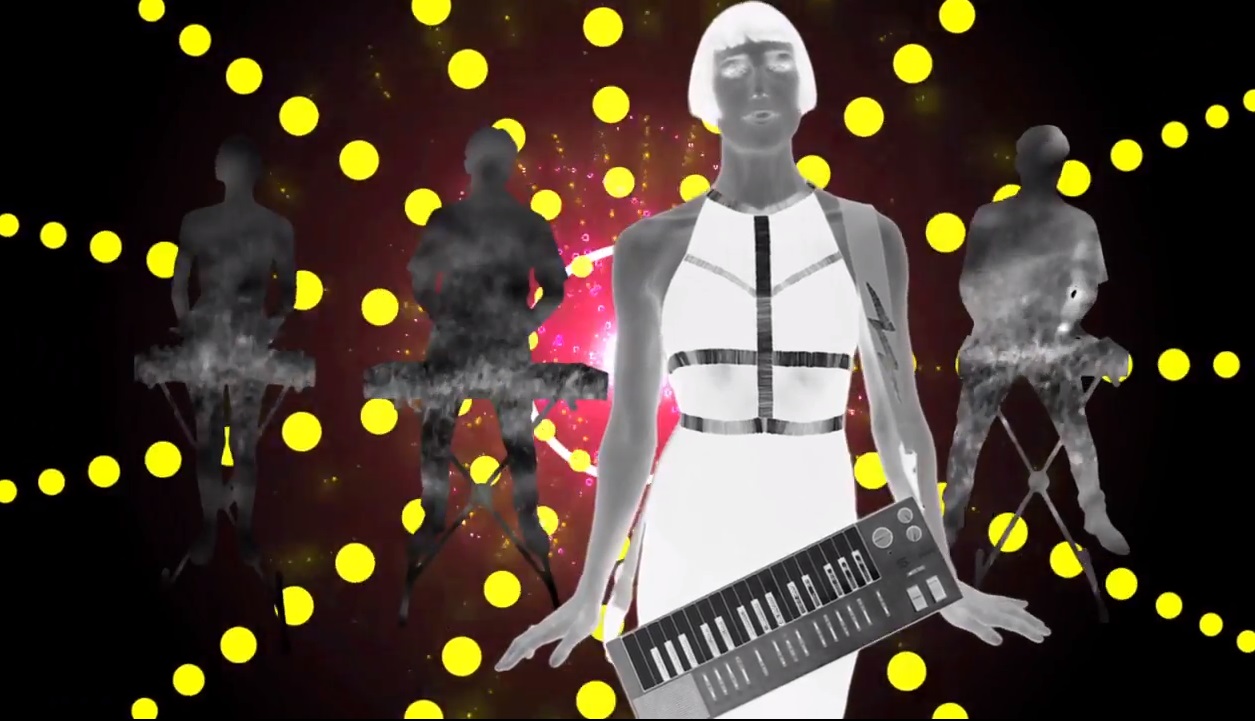 BOO crackle, zap, throb and pulse to create classic pop songs from the future. Each BOO release has been meticulously designed and hand-made by the band. They also make all their own videos. BOO’s live shows are crafted with as much care, featuring video backing and various light installations all made by Chris and Brigitte. 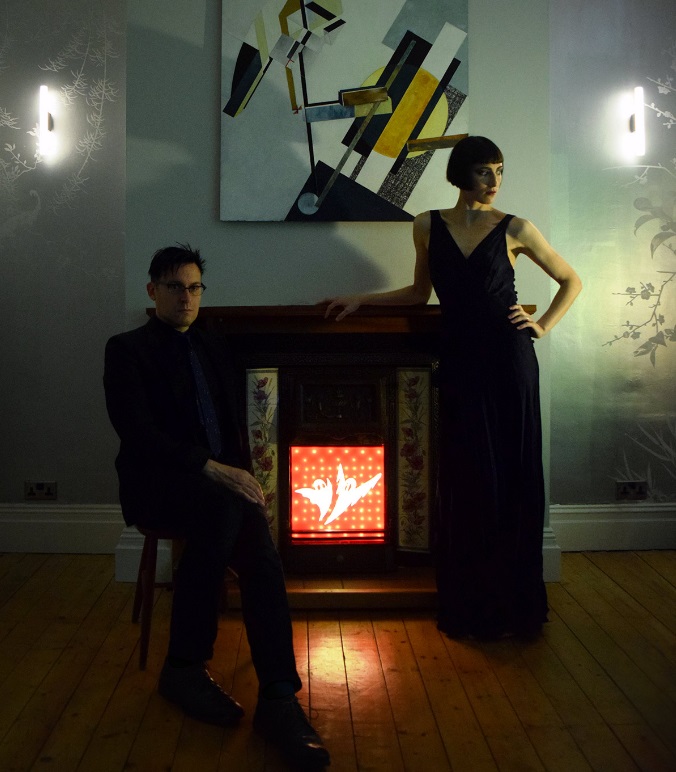 Chris (originally from Scotland) and Brigitte (hailing from the far-off exotic island of Tasmania) stated that Radiation is about taking our power back. So much of what we say and think has been transmitted to us by other people, but we can transmit right back. If matter is condensed energy then directed energy is potential matter, potential reality. Climb the tower. 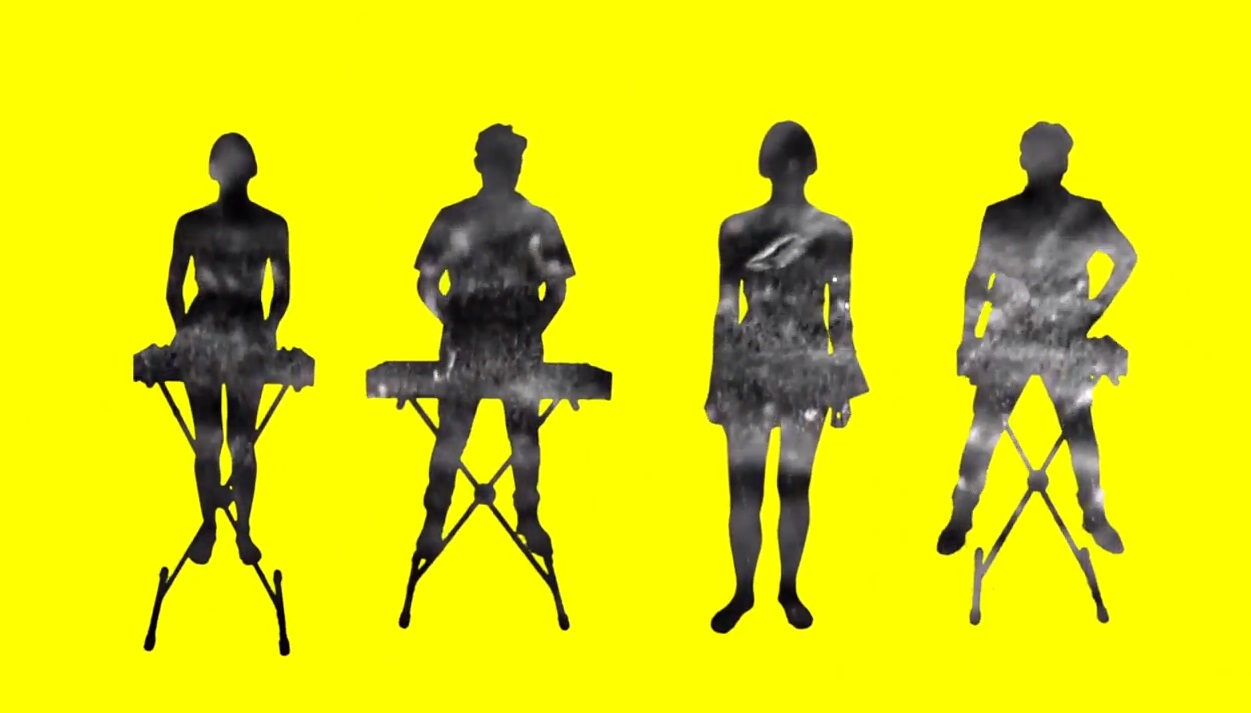 The maxi-single features remixes from Sound of Science (Analogue Solutions), Pattern Language, Petra Black (JØTA, Becky Becky) and Jan Doyle Band, as well as a brand new track from BOO. Included in the download is a PDF of bonus material including behind the scenes photos and sketches from the production of the album. 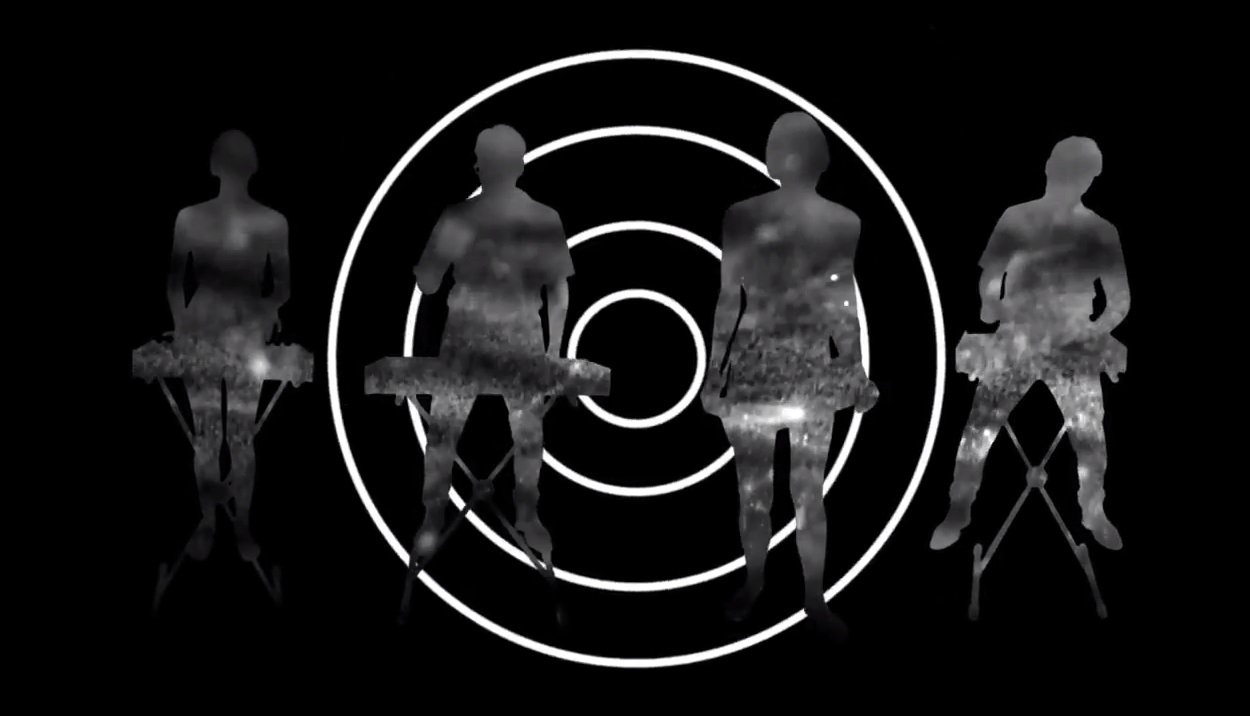 A poltergeist experience after a gig in Hamburg set off the album recording sessions (true story). Radiation darkens and sharpens BOO’s journey into their synthetic universe, as they hurtle through themes of broadcasting, ESP, sex, mind control and aliens to an infectiously wonky electro pulse. 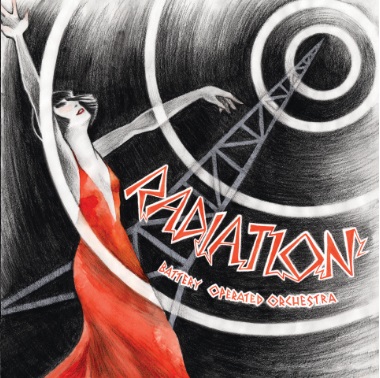 So what do others say about the Radiation album? Here’s a few recommendations from those in the know:

“If you’re even the slightest bit interested in electronic pop, then the album offers 42 minutes of uninterrupted pleasure. 10/10 – Classic”– Electroskull

“8.5/10 – All killer no filler … Highly charged electronica with incredibly addictive melodies … One of the year’s most enjoyable albums”– Louder Than War

“Chirpy, analogue powered electro-pop that sounds like a childlike version of Chvrches, full of fun and devoid of irony.”The Metaphorical Boat

“Shakin’ 80s electronics stuck with a bit of Yeah Yeah Yeahs and Debbie Harry.”Give It Back Magazine

“… has the urgency and the Chiptune timbre of an 8-bit computer game and was exactly what I needed with my coffee this morning… Loads of energy and a classic female lead and male backing for the vocal sound.”Biff Roxby, BBC Radio 6

So there you have it! To view the video and find out about the downloads, visit: http://batteryoperatedorchestra.com/landing_radiation/ 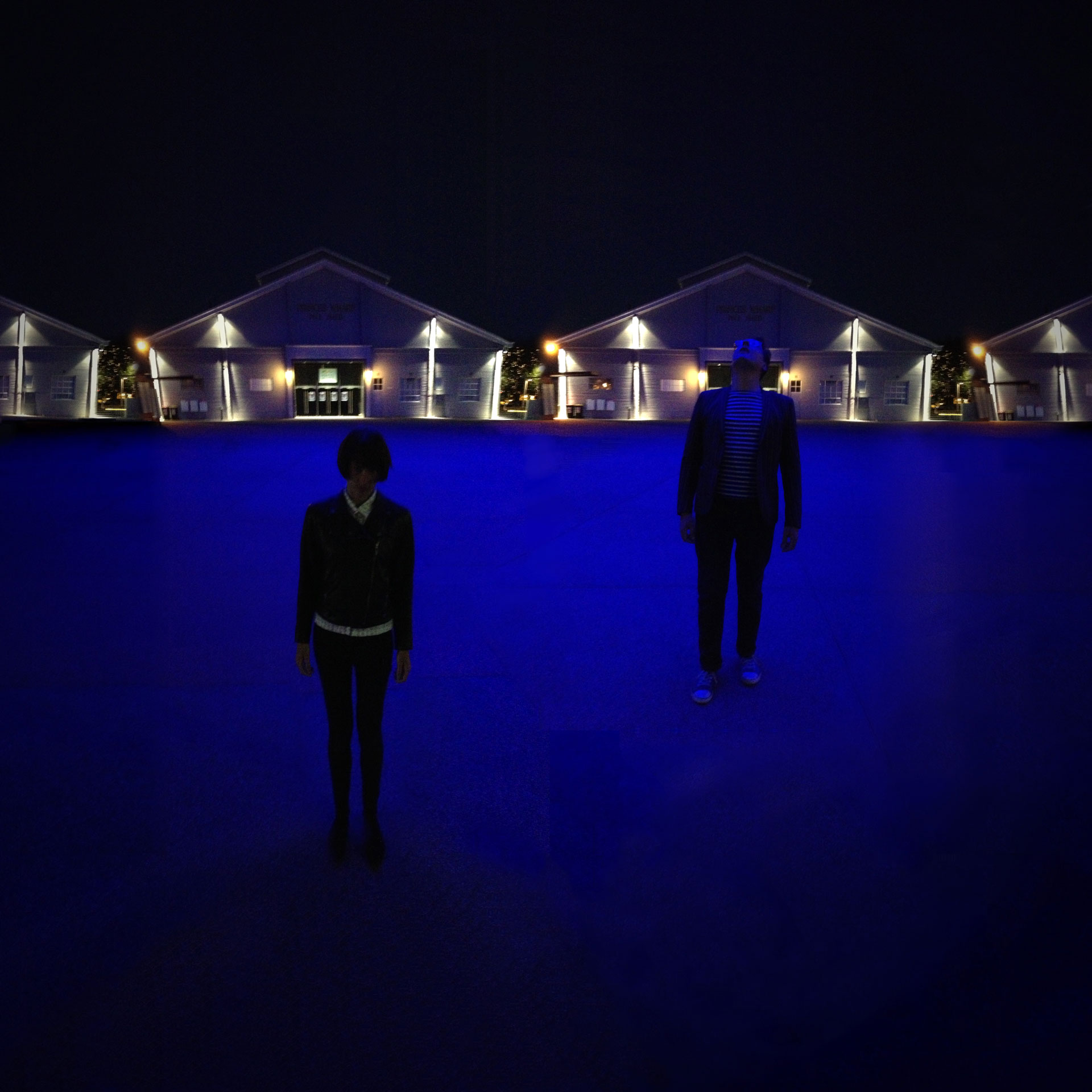