Albion are a goal down to south coast rivals Southampton.

James Ward-Prowse’s free kick hit the cross bar and Steve Davies was on hand to the head the rebound past the stranded Maty Ryan.

Albion have gradually worked their back into the contest but have yet to test Fraser Forster in the Saints goal.

Albion’s best chance of the half fell to Shane Duffy. His header from an Anthony Knockaert cross was just over.

Jose Izquierdo has looked lively on his full debut at the Amex.

Before kick off the Amex paid its remembrance tribute. 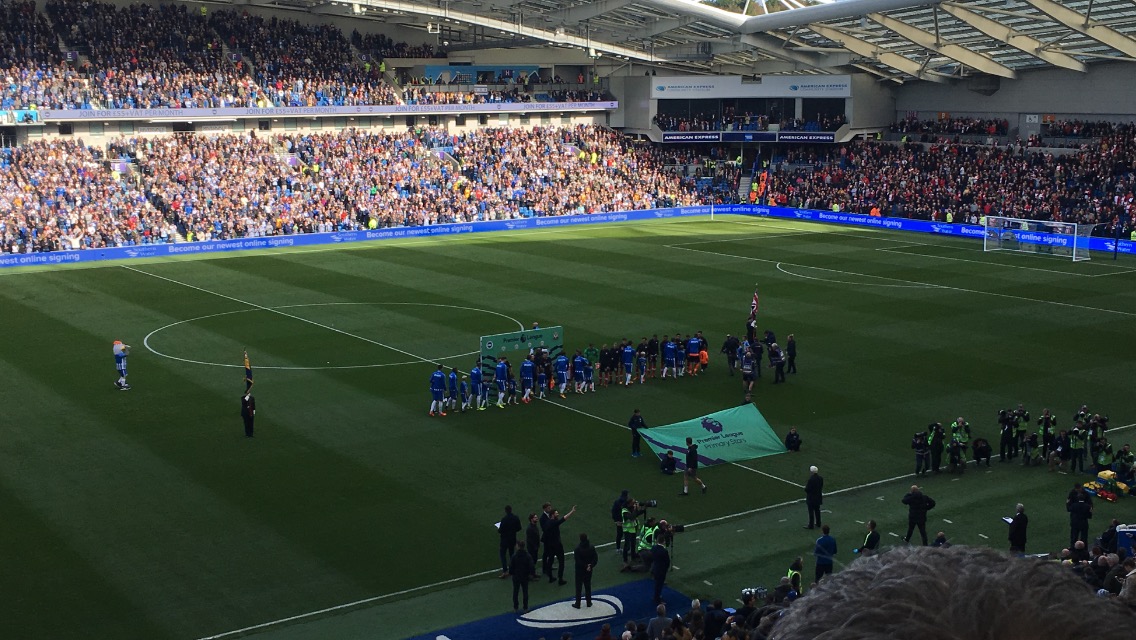