You seriously need to check out The KVB 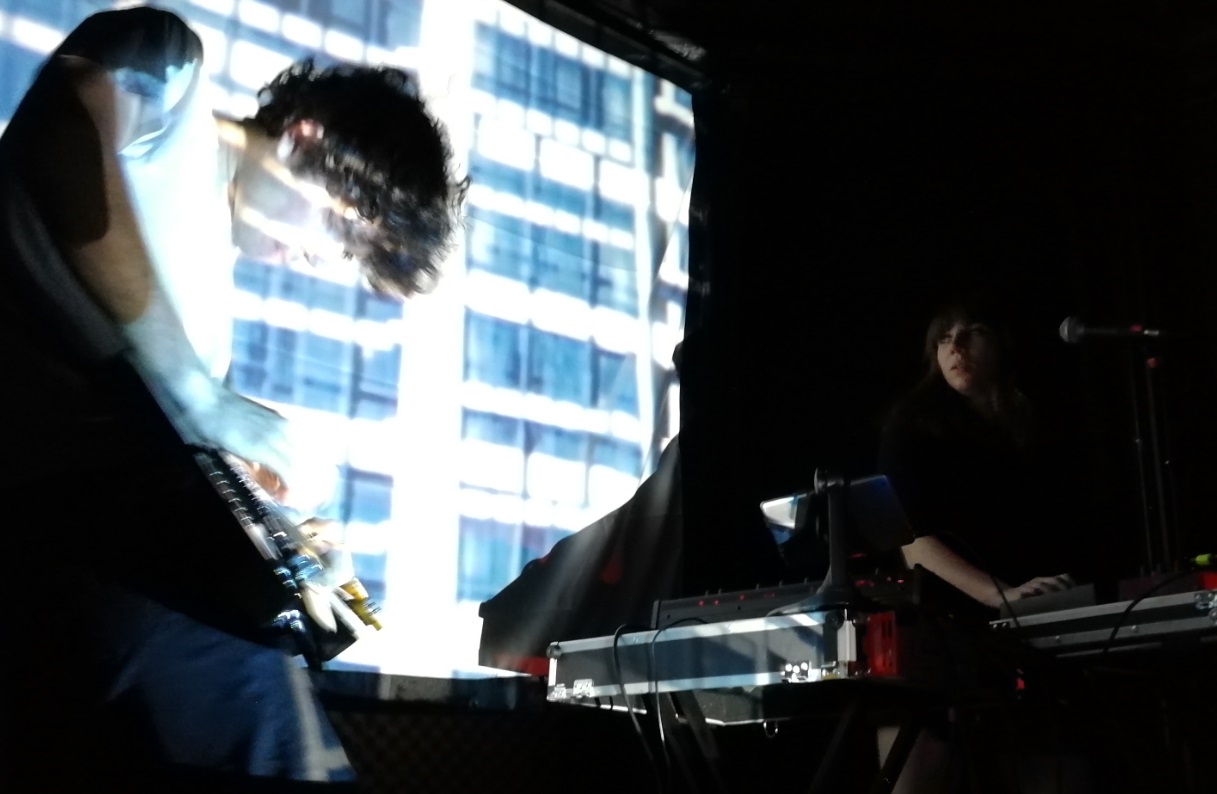 The KVB are a boy/girl duo that you might not as yet of heard of, but they are definitely well worth investigating!

Last year, I timed it perfectly when walking into Brighton’s excellent Resident Records in Kensington Gardens as my ears pricked up immediately on entering the shop. They were playing something I hadn’t come across before and I really liked it. I made a beeline straight to the counter and enquired what was playing. It was an album entitled ‘Of Desire’ by The KVB. I purchased it immediately. As I was buying it, my wife came into the shop, having been taking in further delights on Kensington Gardens and she said this sounds like Gary Numan. That was exactly what I had thought. 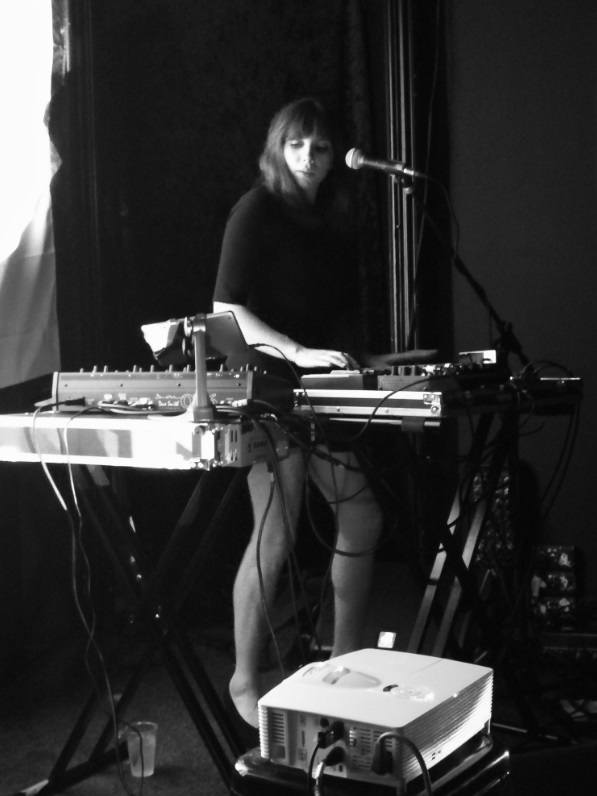 The ‘Of Desire’ album which the KVB recorded with vintage synths from Invada Records head Geoff Barrow’s collection, takes influences from artists such as Death In Vegas, Scott Walker, Roxy Music and Tubeway Army. Invada is also home to some of cinema’s most engaging soundtracks of recent years, having released the scores to films like Ex Machina, Solaris, Hannibal and Nicholas Winding Refn’s brutal neon masterpiece, Drive. Scoring films appeals greatly to The KVB. 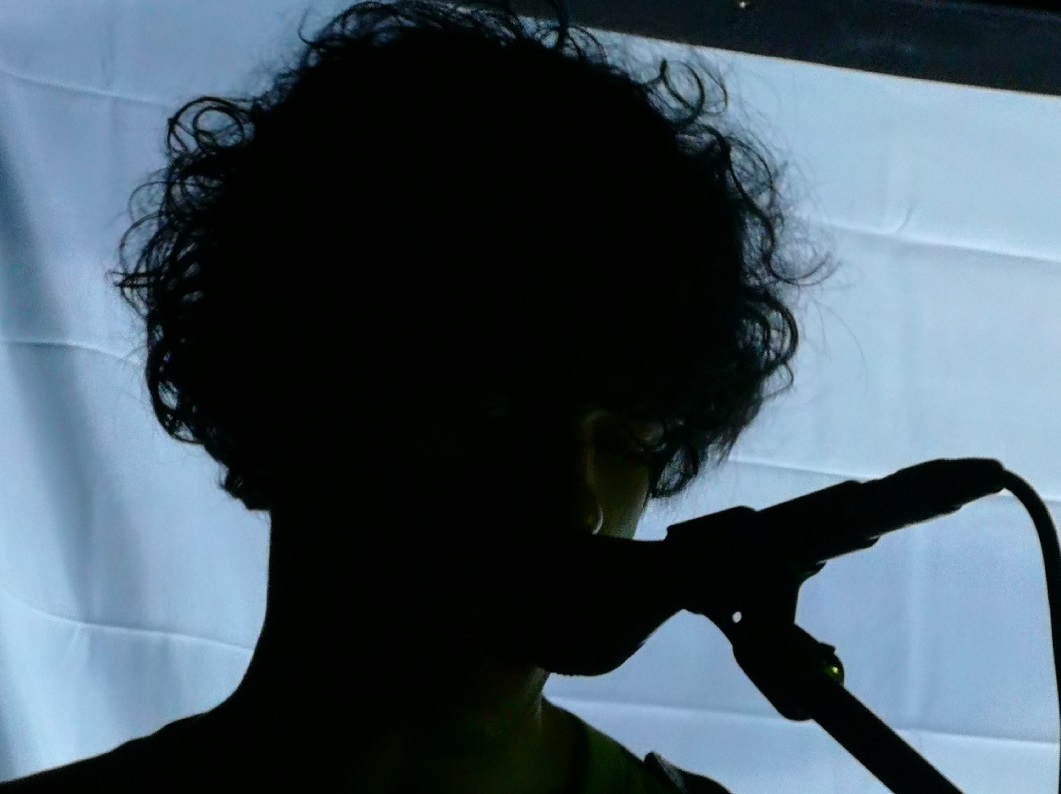 ‘Of Desire’ begun life as a bedroom project for then Southampton-based Nicholas Wood, to experiment with ideas around minimal electronica and shoegaze, The KVB has grown with partner and collaborator Kat Day, who hails from Harrogate, but you wouldn’t guess that from her accent. The now Berlin-based productive pair have released five albums of woozy and immersive anthems since 2010, with their prolific work ethic also extending to the release of a number of tapes and EP’s too. 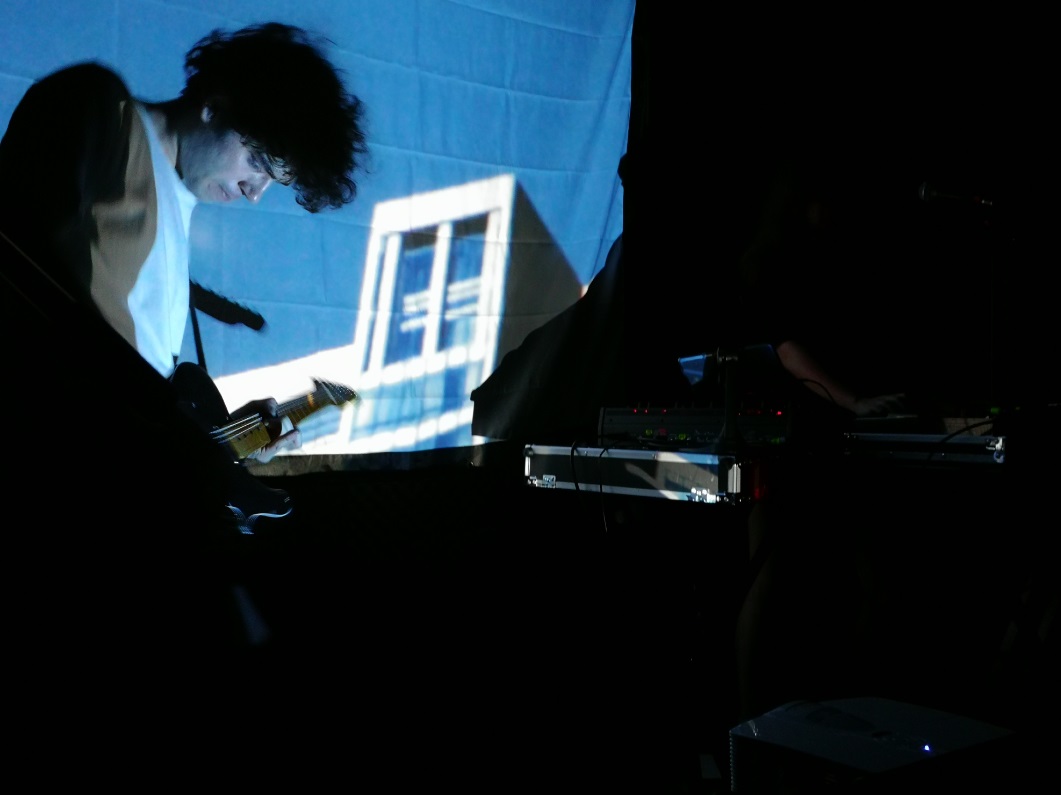 Up until this evening, I hadn’t had the chance to see The KVB play live, but tonight they were at The Joker on Preston Circus in Brighton. They are touring 7 UK venues in support of their latest releases ‘Always Then Revisited’, which officially comes out this Friday 24th November 2017 and their recent ‘Fixation’ EP. 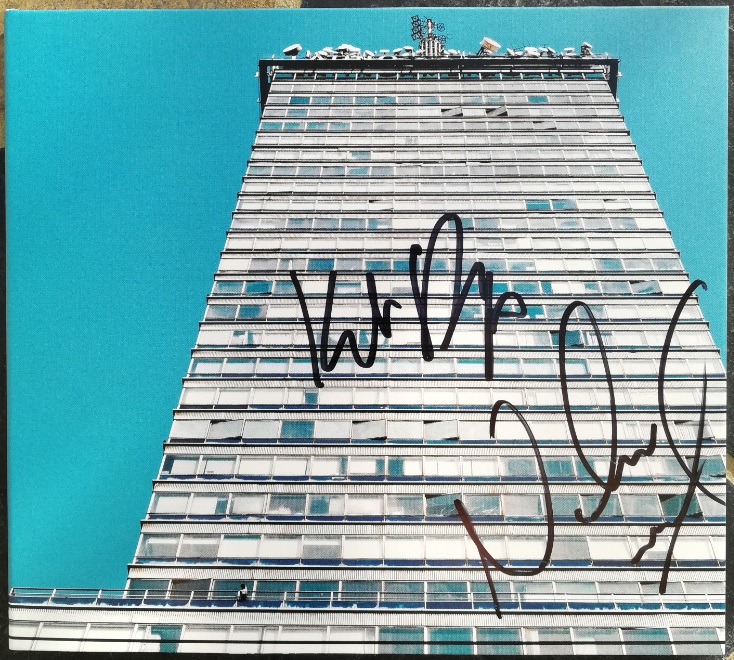 The KVB release ‘Always Then’ – Anniversary Edition is coming out on CD this week, with the vinyl edition to appear early next year. ‘Always Then’ was the bands debut album from five years ago and the cover artwork features a photo of a building in the centre of Mexico City, which was taken by a friend of theirs. The KVB recently toured South America and actually made a pilgrimage to the same building and took updated photos. This gave them the idea of re-visiting their debut album and updating some of the tracks – hence ‘Always Then Revisited’. 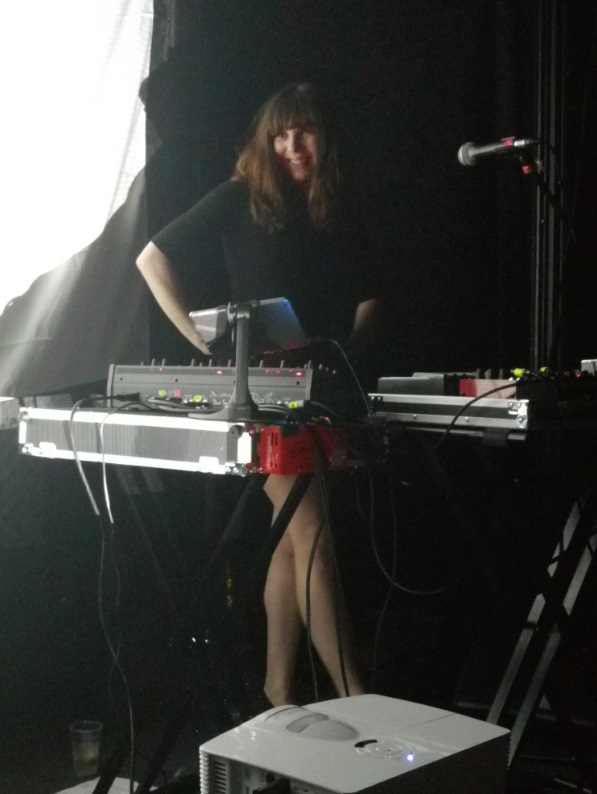 Tonight’s performance would include thirteen tracks, that roughly spanned their career so far. The duo were certainly well on form this evening and the packed crowd were very appreciative of each and every song.

Kat was of keyboard duties and synth girl moves and Nicholas was on vocals and fuzzy guitar duties. Whilst they were playing, I was endeavouring to ascertain which other artists I think that they sound like, so here goes…………. 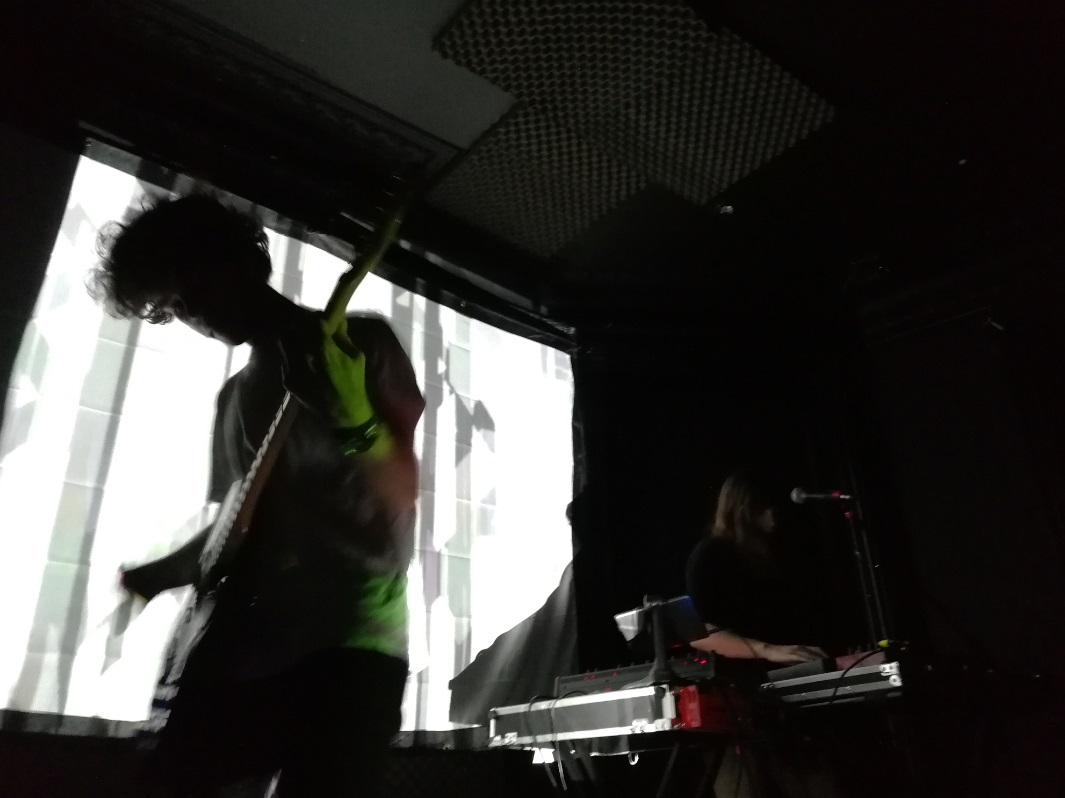 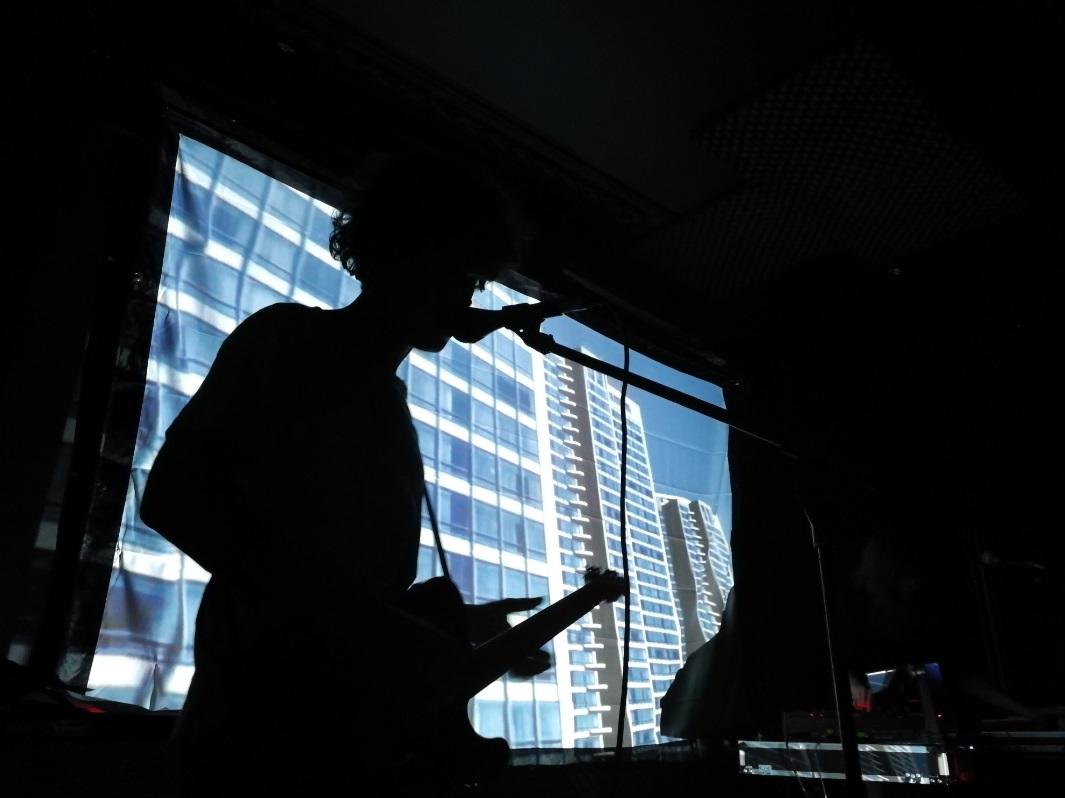 This evening, their set started with three cuts from the ‘Of Desire’ album that I have, so that was a fantastic start. But boy, the brilliant tracks kept coming and coming and coming! They finished with a cover of the Rolling Stones ‘Sympathy For The Devil’. 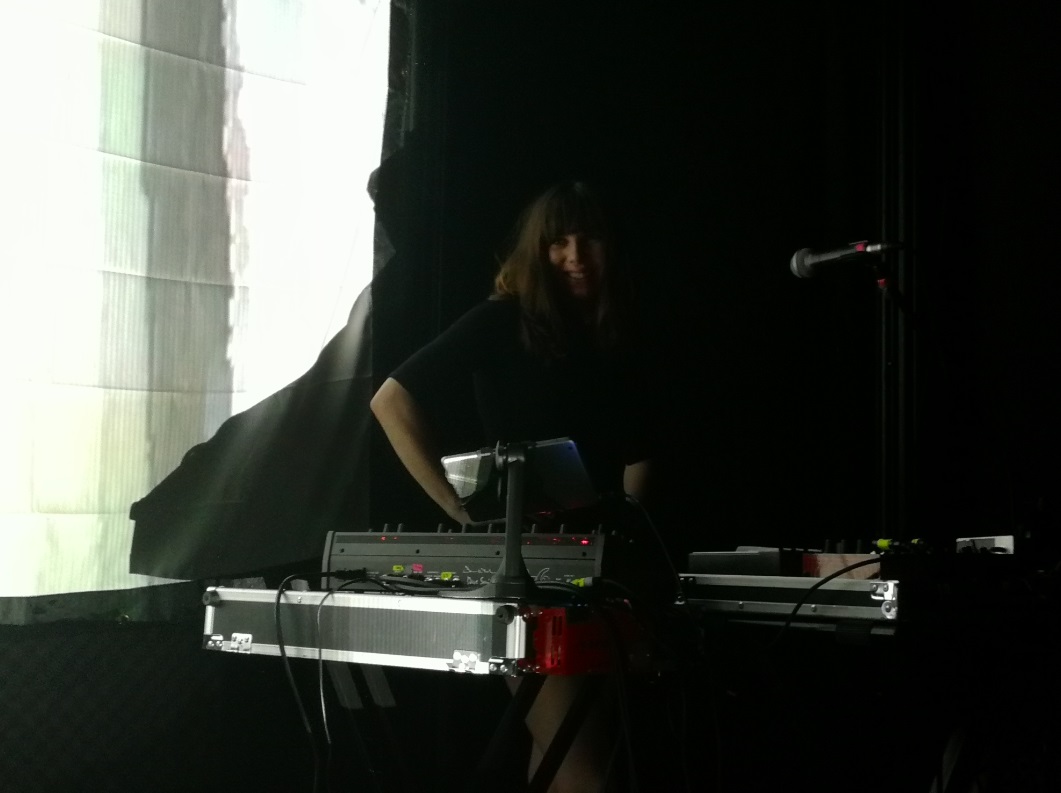 Oh my word, this is an outstanding concert, one of the highlights of the whole year I would say! Their backdrop films was virtually the only lighting on the night and so although it created the perfect mood, it wasn’t ideal for taking photos, but hey who cares! Myself and my mates are having a fantastic night out. As one of my mates said, “Just think of those sad people staying in watching I’m A Zedlebrity on TV, whereas we’re out having a brilliant time” – no contest really! 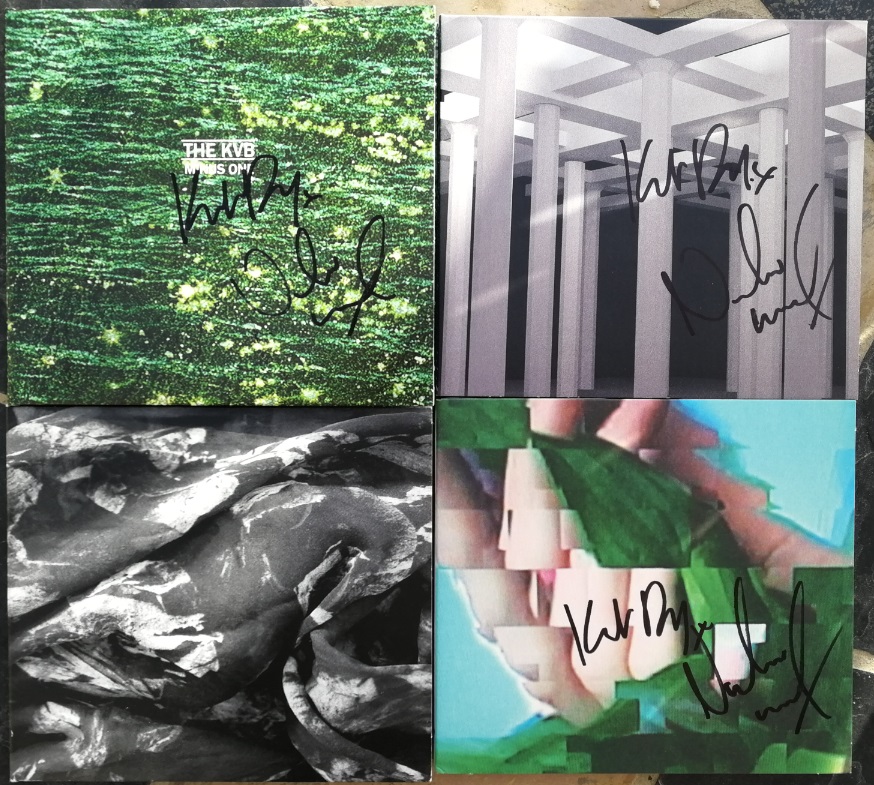 4 of The KVB albums

Having been sooooo impressed with The KVB, I purchased 4 of their CD’s to bolster my collection (including the new album which is out this Friday) and if they had more available, then I would have bought those too! So do yourself a massive favour and check out their releases here: https://thekvb.bandcamp.com/ 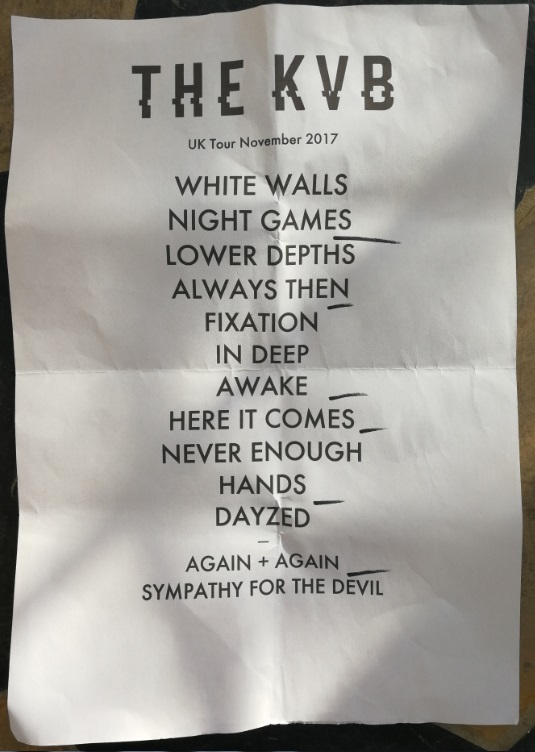 The KVB setlist from tonight’s gig

The KVB setlist tonight was:

For more information on the band, visit their website: http://www.thekvb.co.uk/ 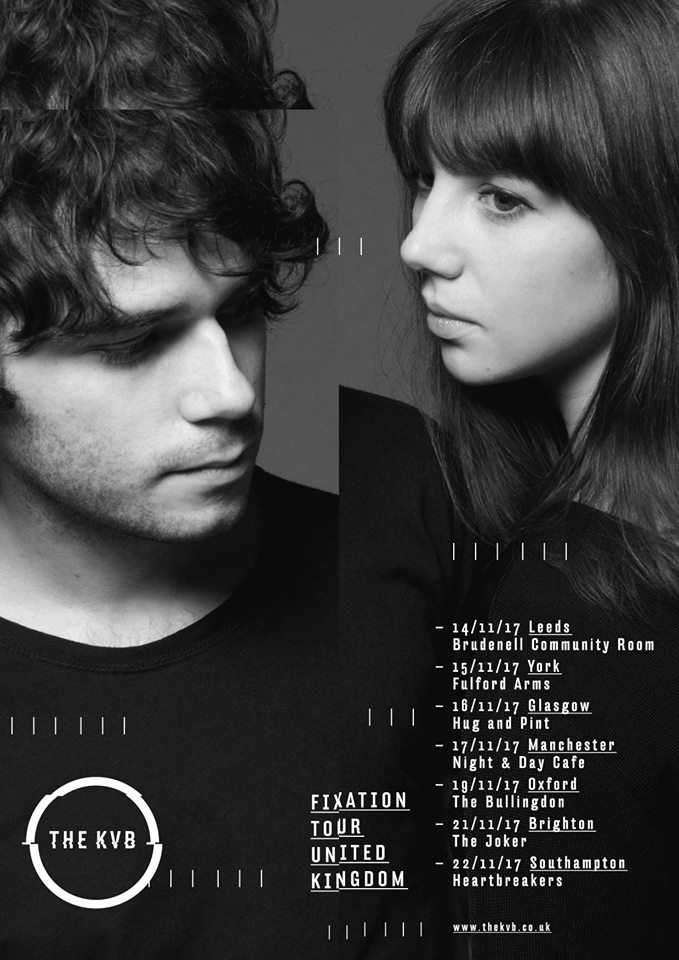 If you enjoy synth music like The KVB, then the chances are that you will also enjoy the bands listed below. Simply click on each of the names and they will take you to our concert reviews on those bands: