A Joyous walk on the dark side 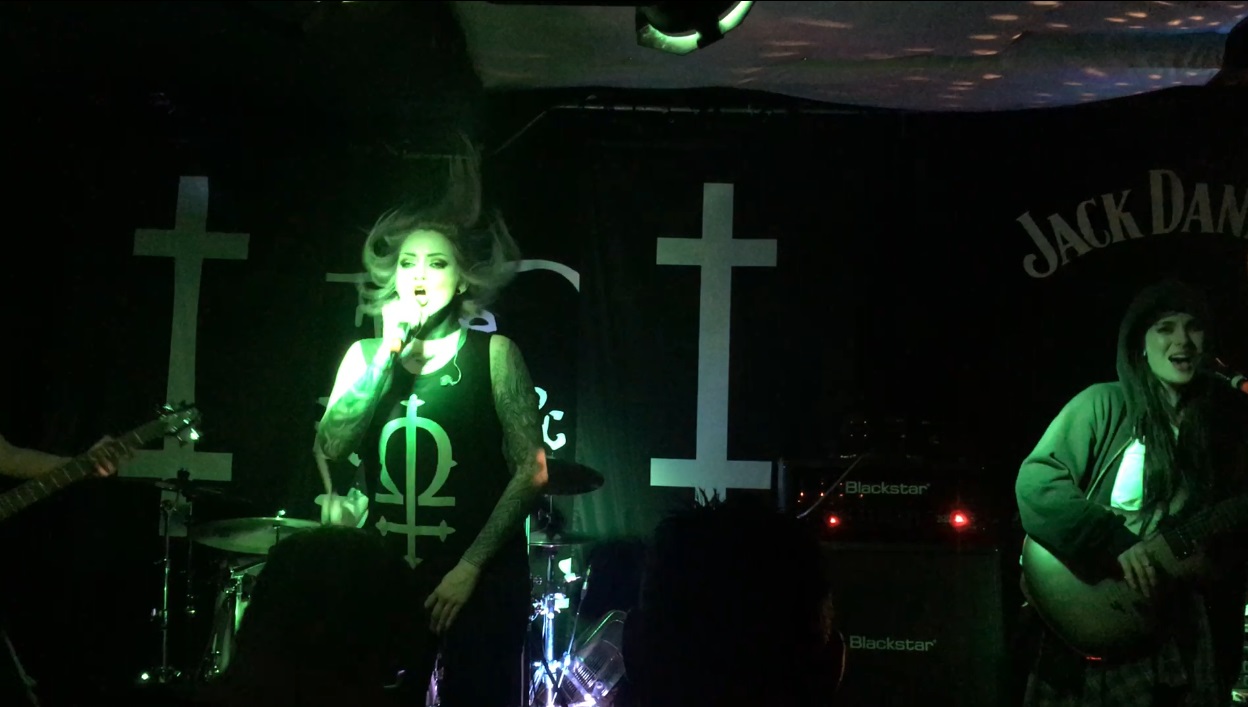 The Courtesans at the Hope & Ruin, Brighton 26th November 2017

The Christmas lights twinkled amidst deserted Brighton streets on a bitingly cold Sunday night as myself and a couple of friends headed to the Hope and Ruin to see a band I knew very little about, The Courtesans. The gig had been recommended, so I thought it would be worth dragging myself out. 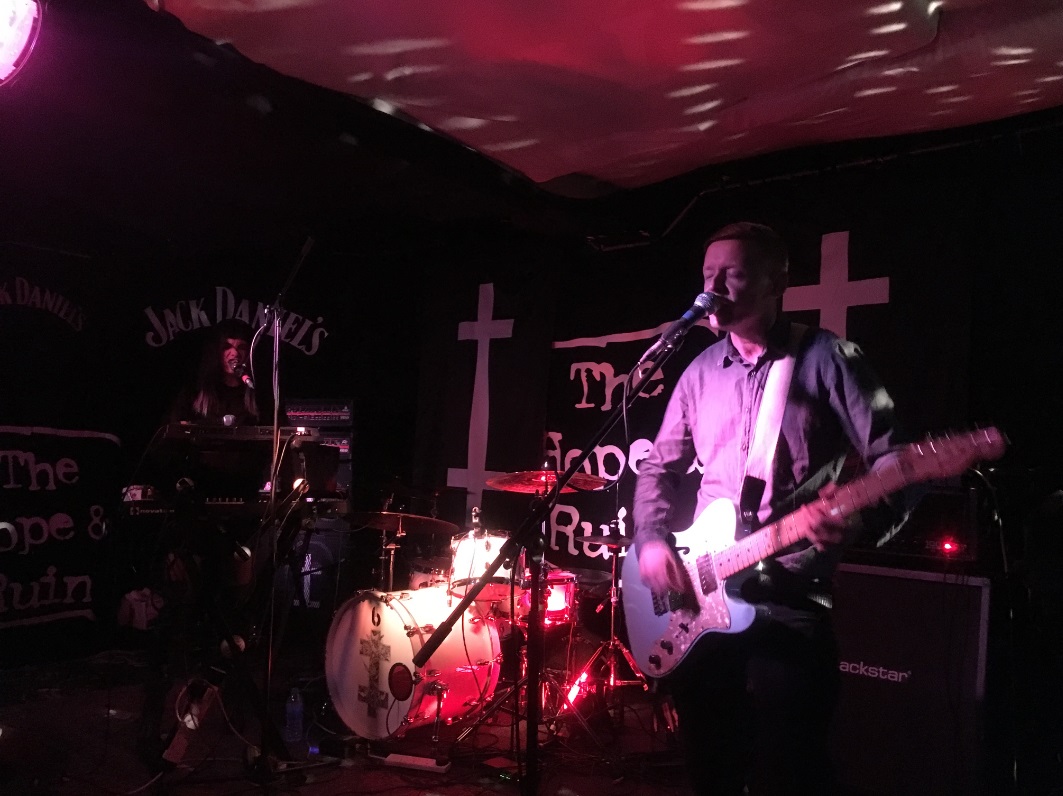 I’m glad I did, otherwise I would have missed a real treat. We arrived early enough to see the Berlin-based support act Bullet Height who are well worth a mention. This talented male and female duo offered us a fusion of electronica and rock and drew on influences across different decades with a sometimes retro sound. If you get a chance, they are well worth checking out, particularly the tracks ‘Wild Words’ and ‘Bastion’. 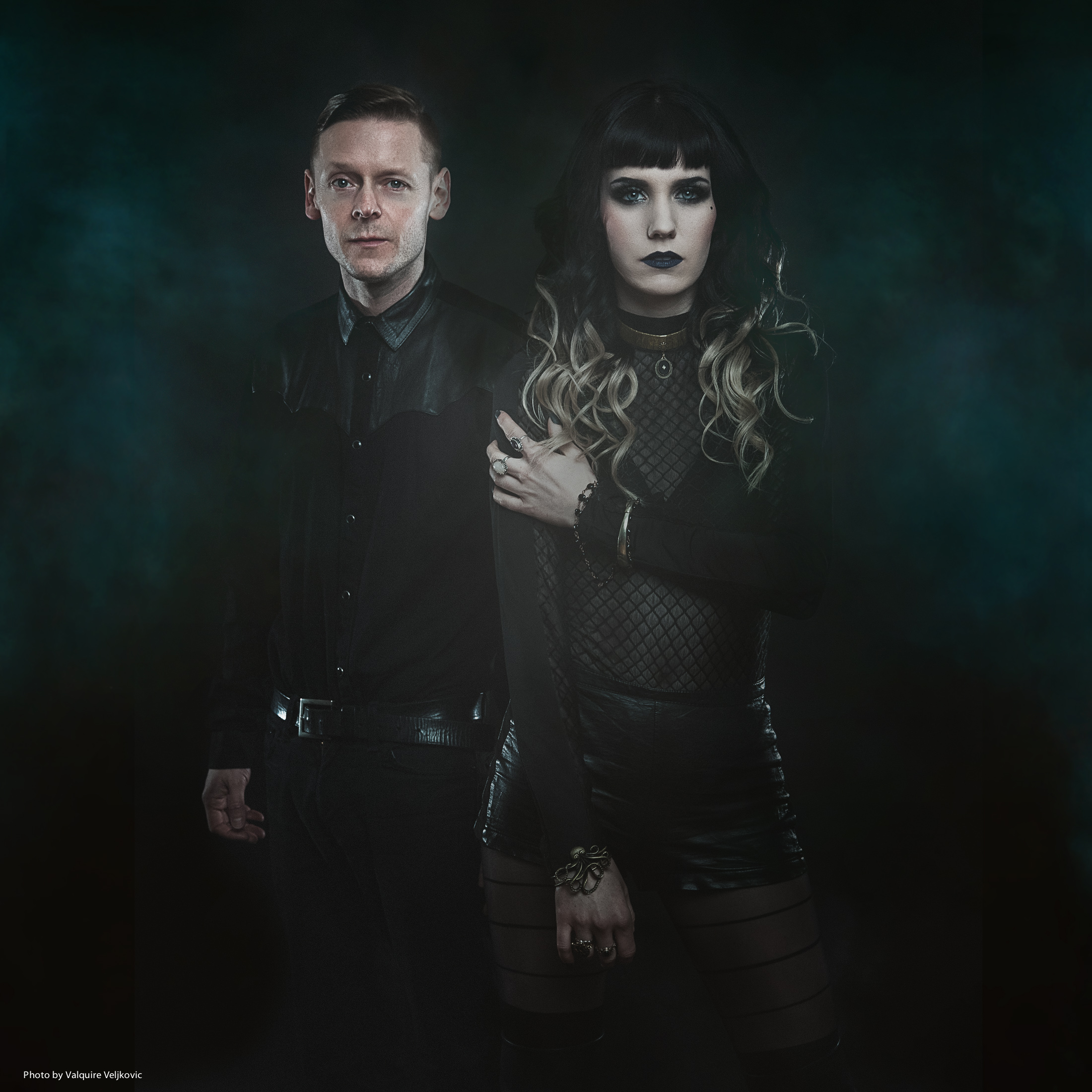 Next up, the main event. It is very difficult to pigeon-hole London-based all-girl four-piece The Courtesans into a particular genre, but their style references goth, rock, electronica and grunge, but can probably be best described as melodic doom rock. Maybe. There are all sorts of influences in their music, it’s very unique. They consist of two guitarists, a vocalist and an accomplished drummer. 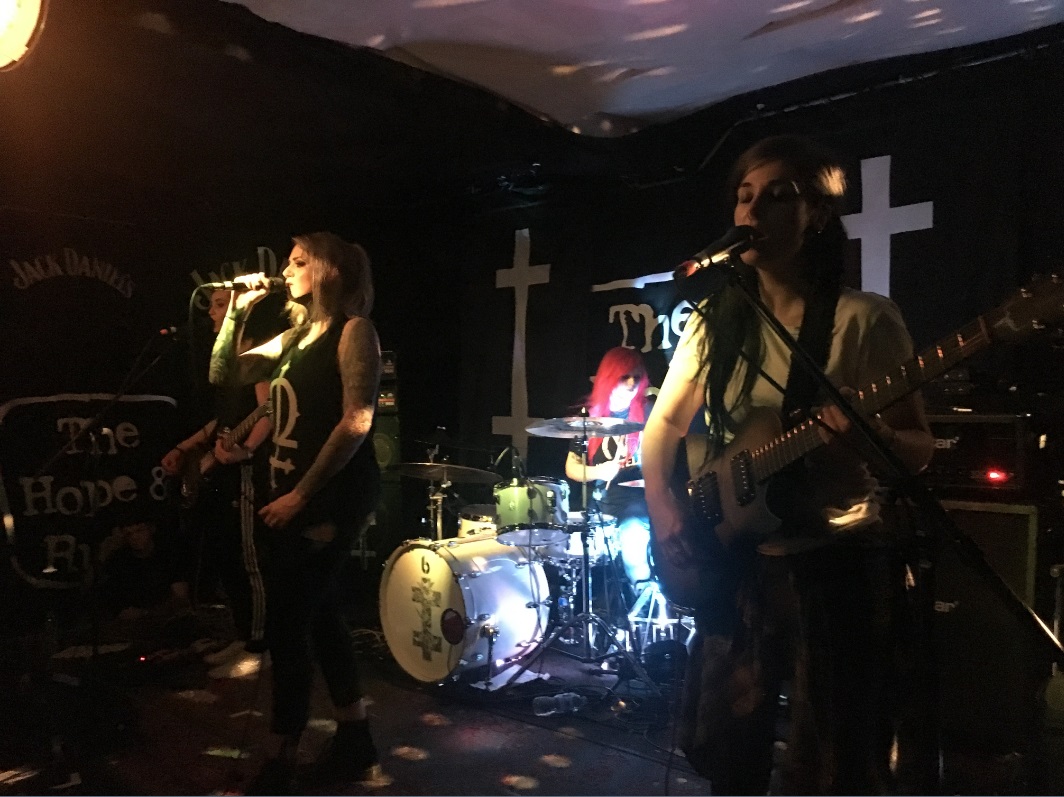 On their website, it states “their songs might make you feel like a diabetic on thirty doughnuts blended with the bittersweet feelings of a prisoner on death row having his favourite last meal”. In terms of personalities, they describe themselves as a bi-polar unicorn, anxious unicorn, schizophrenic unicorn and major depressive unicorn. You get the drift! 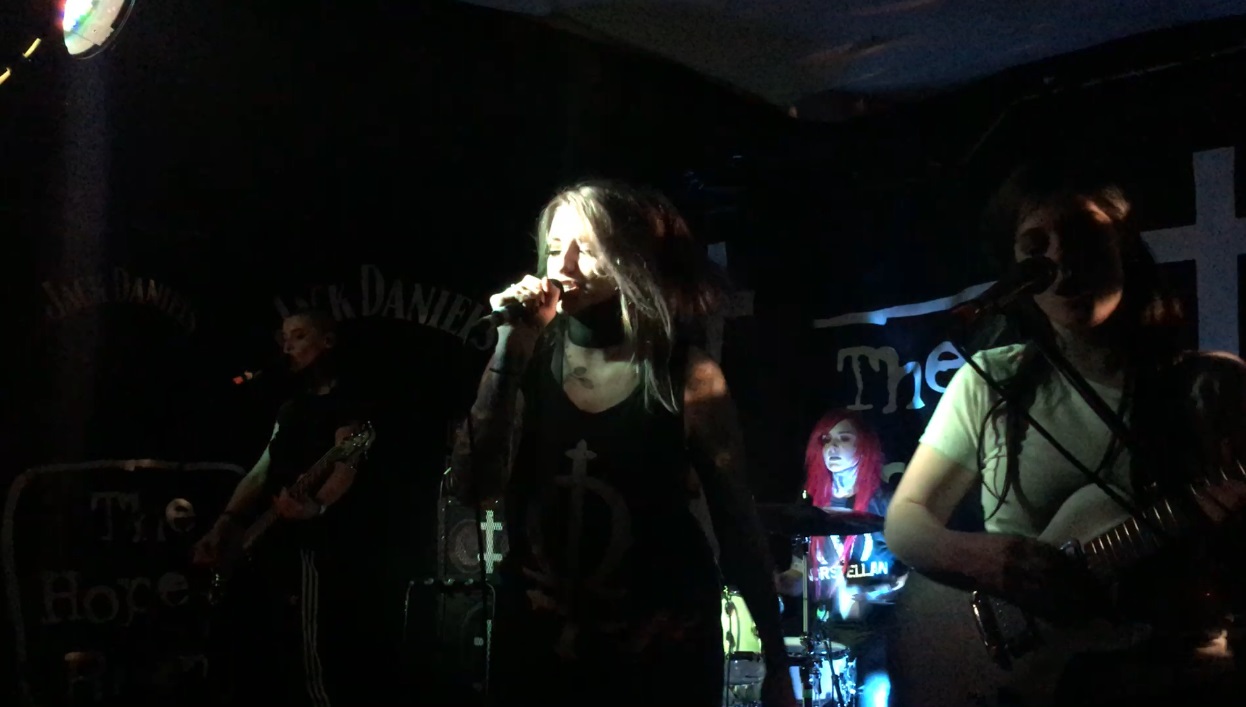 After taking to the stage in front of an eager crowd, they opened with Knowhere, a grunge heavy slice with a dark goth type sound, which set the tone for a very decent set. I enjoyed every track and highlights for me included a brilliant electronic infused Numan-esque swirly track ‘Genius’, crowd-pleasing rocky and catchy ‘Monkey Logic’ and ‘Mesmerise’ a slow-builder that literally bursts into energetic life. 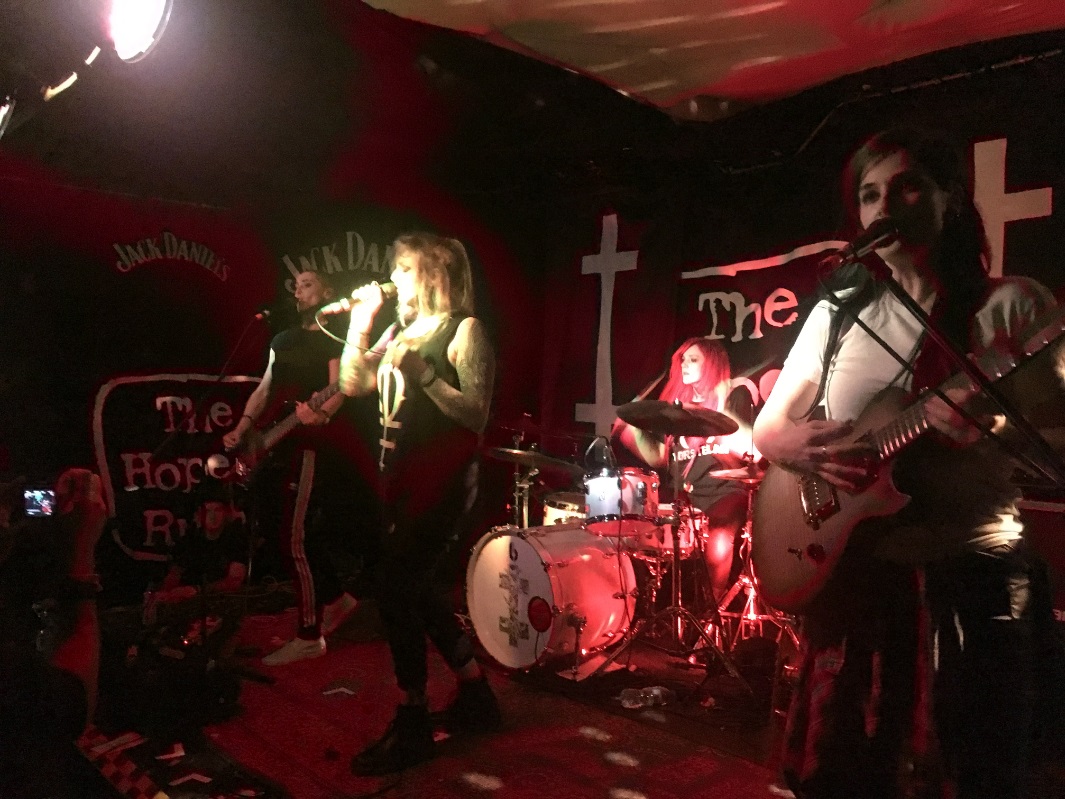 No doubt about my favourite track of the night, they closed out with a superb cover of DJ Luck & MC Neat’s 1999 hit ‘A Little Bit of Luck’ which had the audience dancing enthusiastically and singing along. This was a highly appreciative crowd who all enjoyed a great night out. There is no doubt The Courtesans make a great spectacle both musically and visually.

At the end, it was great to meet and chat with the band at the merch table, and at least two of us left the venue as new fans. Next time they are in town, I’m first in the queue! 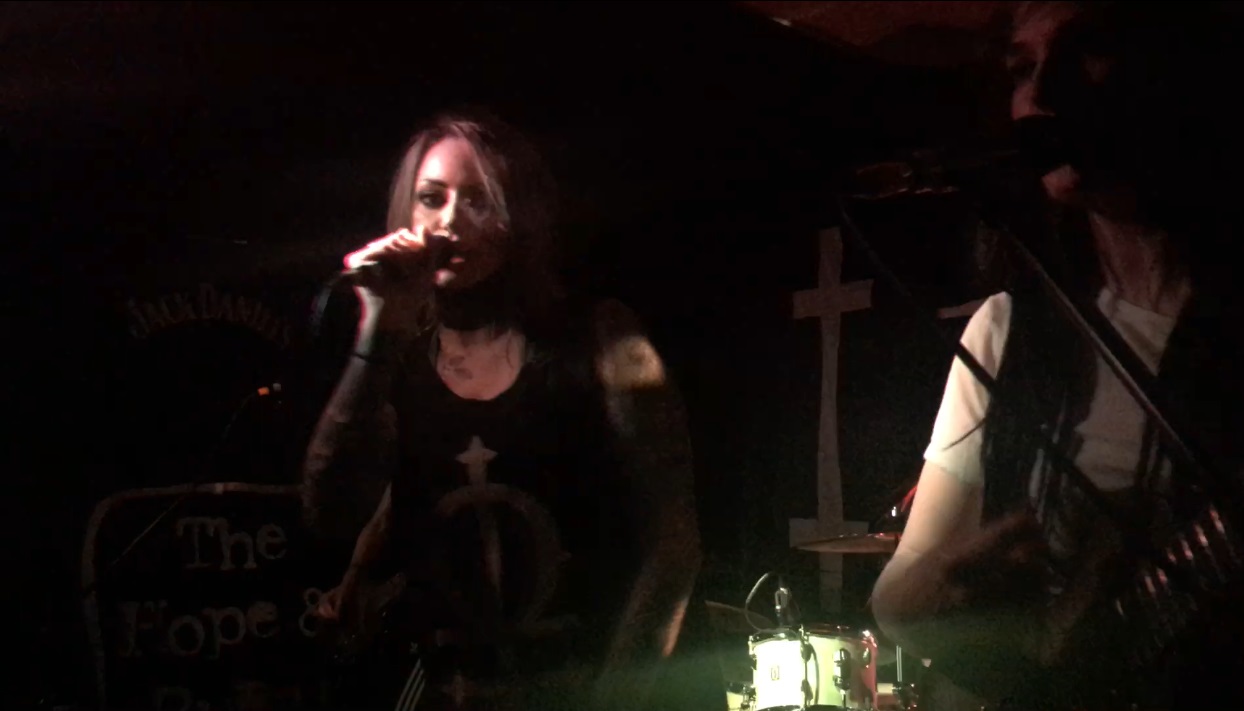 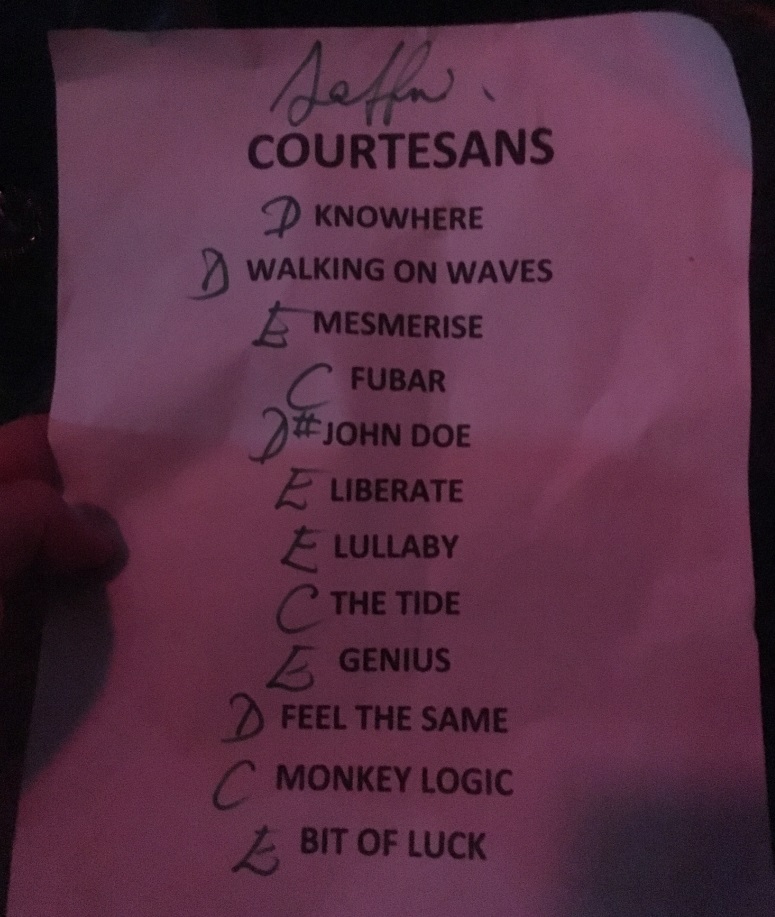 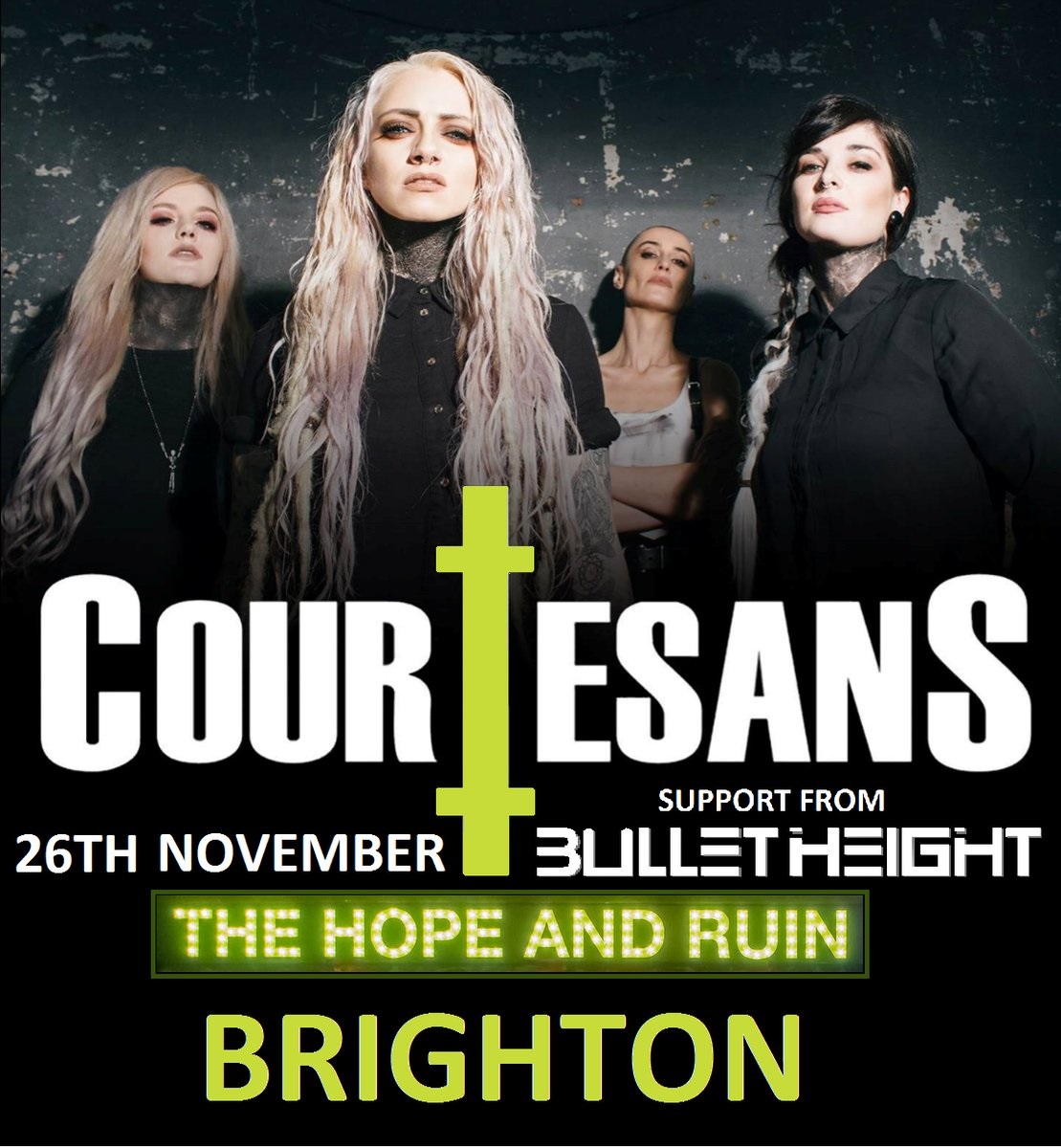