A young couple’s night out turned into a nightmare on Saturday when they returned home to find strangers had torched their new home. 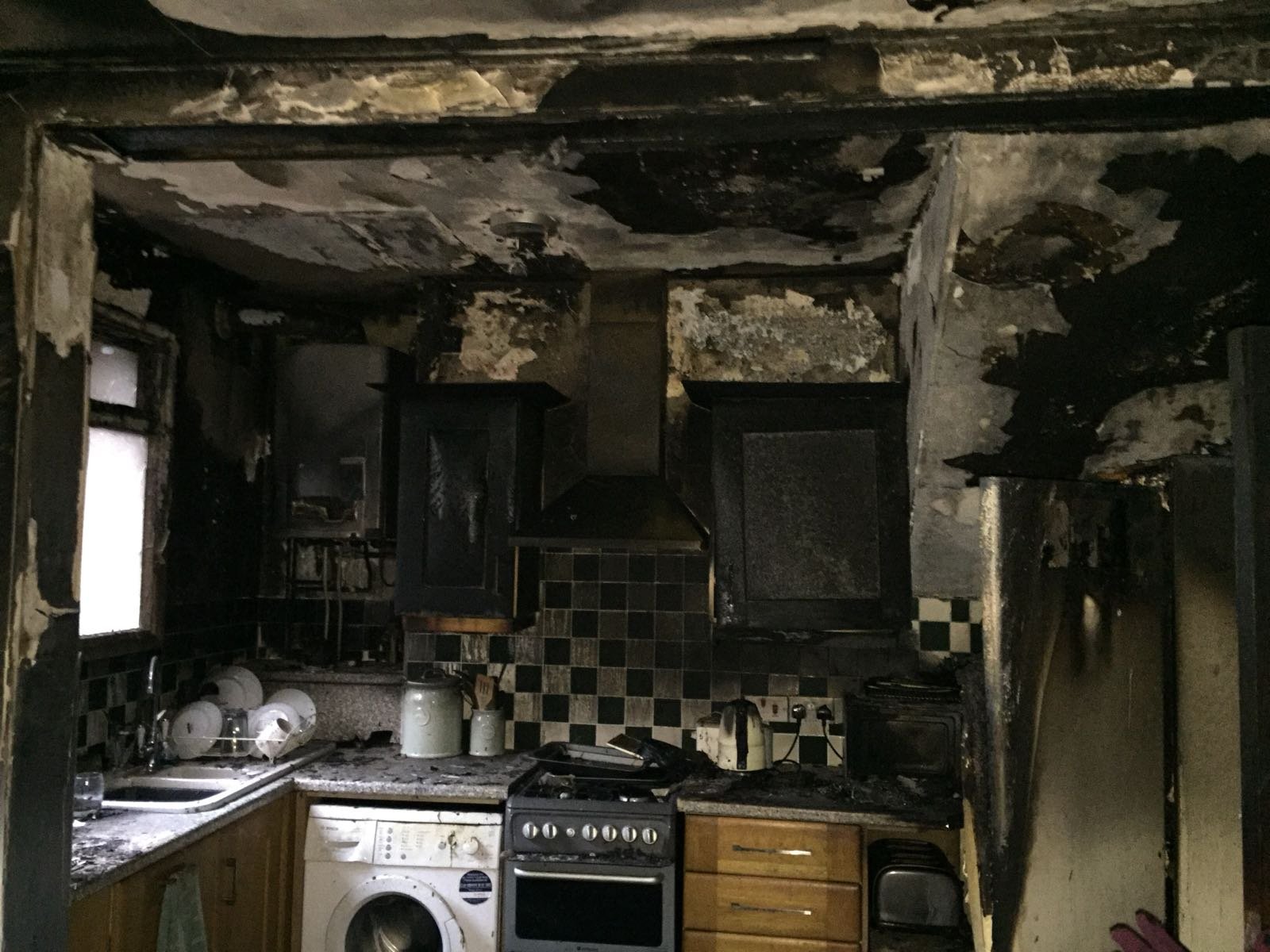 J
amie Walsh, 36, and Rachel Guttridge, 28, were on a train on their way home from a Kasabian gig at the O2 when they were told their house in Ewart Street, Brighton, was ablaze.

Fortunately their pet rabbit, Barney, survived the fire despite being in the kitchen where it was started in a cupboard – which the fire service believe was done deliberately.

Police are now appealing for anyone who saw anything suspicious in the area to come forward.

Jamie, who moved to Brighton from south London with Rachel in July, said: “We were on the way home and get a phonecall at about 12.30am from one of our friends in Cornwall to tell us our house was on fire. The fire brigade had found our contacts and called them.

“We thought it was a prank when we first got the call – but we arrived back to see a fire engine outside.

“It’s cremated the kitchen. The windows are all smashed. The lounge is severely smoke damaged, and there’s also pretty bad damage upstairs.

“The police are absolutely baffled as to why they came in and caused a fire.

“We have got no enemies – we haven’t got any exes, we haven’t had any problems in the local pubs or anything like that. Everyone’s been so nice since we moved in.

“We are first time buyers, and we love the area. We’ve just got engaged, and we’re getting married next year. We have loved every minute of living in Hanover and felt really safe, compared to all the houses we lived in in London – the garden’s really secluded.

“The thought of being in there now makes me scared. Why did they pick us? And to live with that fear that it might happen again. What would anyone do if that happened if there were kids in the house?” 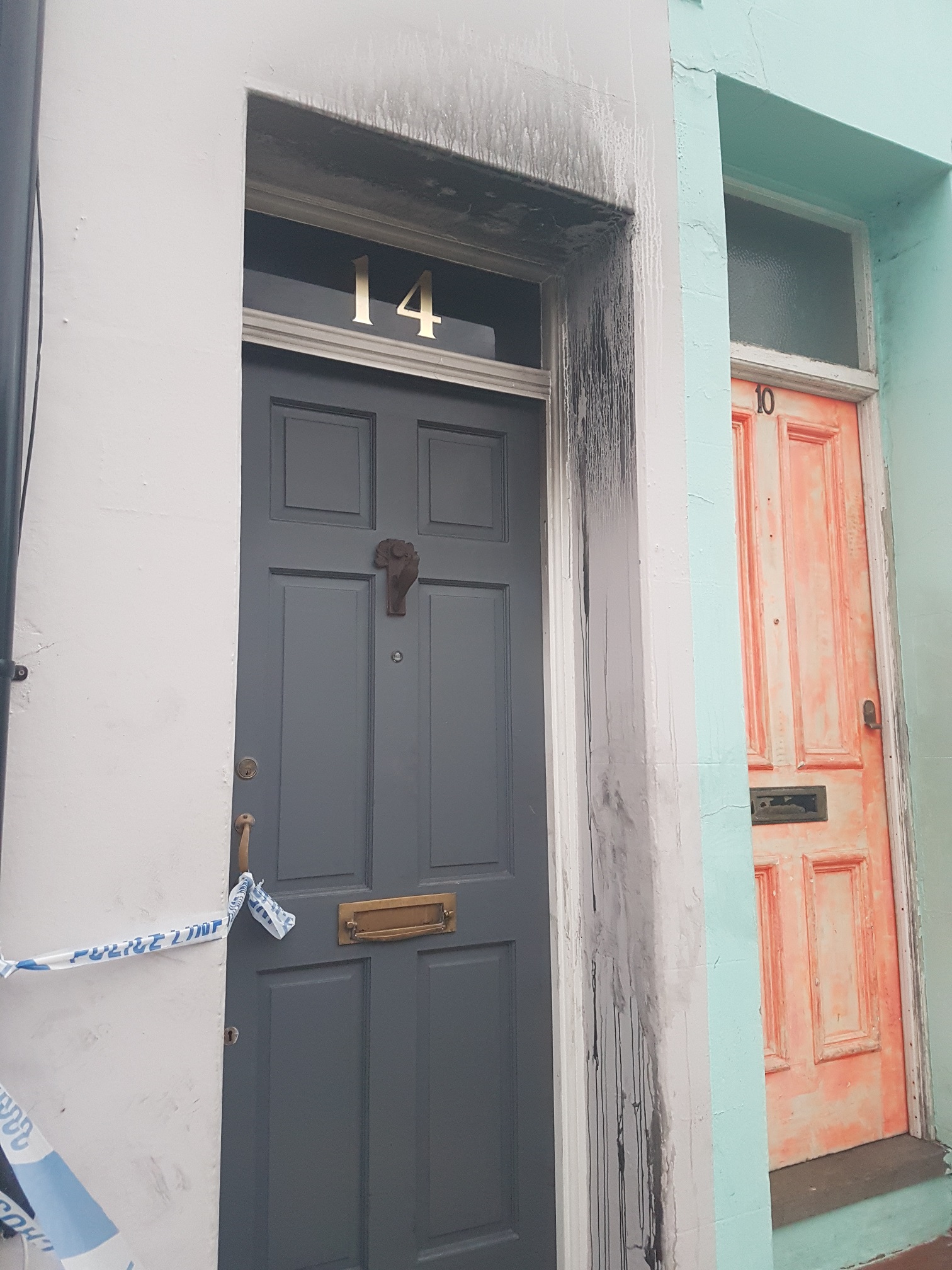 Neighbours told police that they had heard arguing in the house earlier in the evening, during X Factor, and then banging later on.

The front door was also left wide open two or three times during the evening – despite one neighbour closing it and posting a note through the letterbox.

Rachel said: “Nothing’s been taken. It doesn’t even look like they searched the house – there’s no sign of them going through our drawers or anything like that.

“The back window into the kitchen was broken so that’s how they got it. They would have had to climb through three or four gardens to get to ours. The police said that out of all the houses round the back, ours doesn’t look like the easy one to break into.

“Our house rabbit Barney was in the kitchen, he must have been absolutely terrified. Normally we leave him in the kitchen so he can have a wander around – thank god we didn’t this time.

“Barney is white with patches, but when we found him, his face and his paws were black. We’ve taken him to the vet, who said he’s okay.

“We had been planning on putting up our Christmas decorations yesterday but now it looks as though we’re in limbo. Because it’s Christmas, it won’t be until January before work starts.”

The pair are currently staying at Jamie’s parents in Uckfield, but expect to have to move into a hotel soon as finding a short term rental just before Christmas will be almost impossible.

Detective Sergeant Joseph Jardine said: “We are investigating the exact cause of the fire but we believe it was started deliberately.

“We have spoken to a number of neighbours but are appealing to anyone who saw anything else on Saturday night or early hours of Sunday morning in the Ewart Street, Islingword Street or Southover Street area.

Anyone with information is asked to contact police online quoting serial 0007 of 03/12.