It is rare to see to a production of a classic adaptation that inspires a standing ovation from its audience on opening night. Even rarer to see one where the venue itself plays a starring role. But that is exactly what Scrooge Inspired achieved this week.

Gary Sefton of local theatre company Truestory has brought his witty, heartwarming take on Dicken’s’ A Christmas Carol back to The Spire, a gothic Victorian church on Eastern Road, Kemptown, after a sell-out run in 2015. The Spire has found a new lease of life as a theatre venue for the city and seldom has it been put to better use than in this show. Hauntingly lit with candles and with clever use of lighting, the cast emerge and disappear into its oppressive shadows (an atmosphere aided in its authenticity by the quite Dickensian chill), and clever sleight of hand is enabled to change the atmosphere flawlessly without the use of any scenery and few props.

The story is a familiar one – Scrooge, a bitter old miser (played brilliantly with gimlet eyed irascibility by Sefton himself) cries “bah humbug!” to Christmas and makes life a misery for all around him, his long suffering employee Bob Cratchit, nephew, and audience members alike – for Sefton is not afraid to engage with the front row, including taking this reviewer to task for daring to be caught writing. He is taught a lesson by three ghosts – of Christmas past, present and future, each of whom is genuinely chilling and whose entrances (especially that of his long-dead partner, Jacob Marley) induced literal cowering in the audience members opposite. 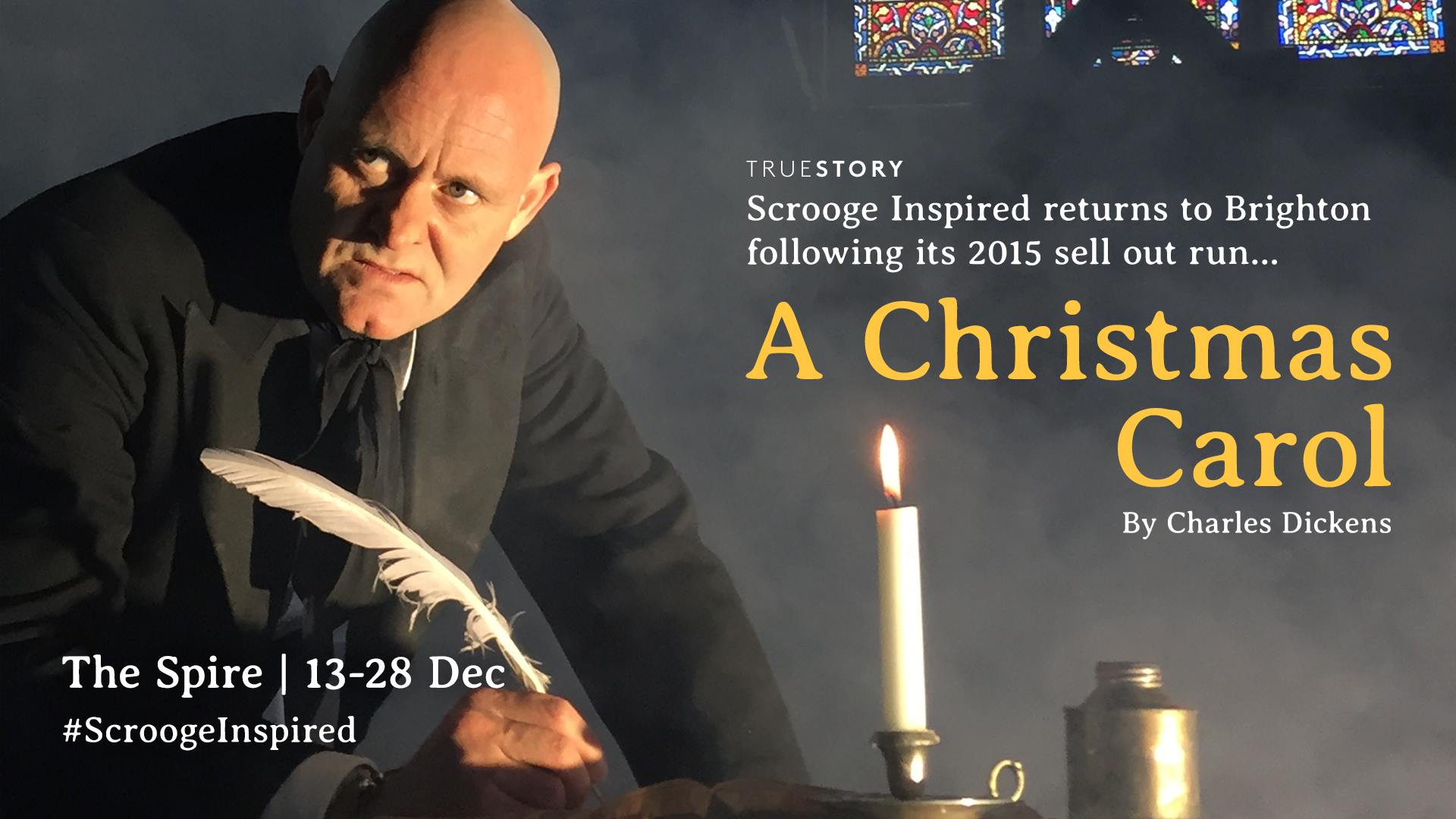 Through scenes from his childhood, of Cratchits’s poor but loving family, and of a bleak future, all brought alive by the versatile and engaging cast who don’t put a foot wrong – Scrooge comes to see the error of his ways, and effects the most heart-melting metamorphosis into a veritable elf of Christmas joy, an unexpectedly comic role which Sefton clearly enjoys – joking, teasing and flirting with the audience ‘til we are wrapped around his little finger.

Occasional battles with the venue acoustics for audibility of speech, and the wish that I had brought a blanket and thermos aside, this is a wonderful production: heartwarming, moving, funny, and utterly winning. It will have you rapt, quaking, giggling, throwing (paper) snowballs, and dancing – literally – in the aisles. In short, feeling genuinely festive. Go!