Two complaints by a disabled man who claims he is trapped in unsuitable accommodation because of city hall failings have been upheld in part by the council watchdog – but no fault in how his care and housing needs were assessed has been found. 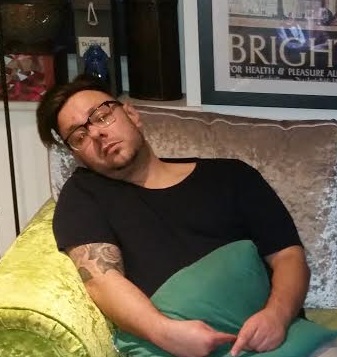 Bobby Carver and his advocates have run a high profile campaign for more than a year to protest against a lack of suitable housing offers which they say has left him trapped in an attic flat with no lift.

However, Brighton and Hove City Council agrees that the flat is now unsuitable for him – but says a wheelchair accessible flat in emergency accommodation block Windsor Court is a suitable temporary option until a more permanent home is found.

At the crux of the dispute is the level of care Mr Carver needs. He says he needs round the clock assistance, but the council’s most recent assessment is that he does not need care at night.

Meanwhile, there are accusations on both sides – Mr Carver accuses the council of corruption, and the council has designated him a ‘client of concern’ after logging a series of abusive calls from him and one report of a threat of violence towards social workers – an allegation Mr Carver denies.

Many of his symptoms, which include an increasing and extreme loss of mobility and severe pain, are unexplained. There is a professional view that they could be a physical manifestation of a psychological reaction to traumatic events he experienced several years ago.

This month, reports by the local government ombudsman into the investigation of two complaints, one over housing offers and one over how adult social care assessed his needs, have been published.

In both cases, elements of the complaints were upheld. The ombudsman found that the council had unnecessarily delayed making a housing offer, and raised Mr Carver’s expectations by suggesting a review of his care needs would be carried out independently and then allocating it to a senior council officer.

But it says the council was not at fault in how it carried out the assessment of his care needs, or deciding his housing priority.

The council has agreed to commission a further independent care needs assessment – but Mr Carver says this is stalled after he objected to a council manager contacting the independent assessor.

The report into the adult social care complaint said: “The main area of dispute is about whether [Mr Carver] needs 24-hour care from a live-in carer. The question of the need for overnight care is also relevant to [Mr Carver’s] housing position.

“The council has decided he is eligible for one-bedroom wheelchair accessible accommodation whereas [Mr Carver] considers he needs two-bed accommodation to allow for a live-in carer.

“The council says it accepts [Mr Carver] needs some care at night. But it says some needs can be met in ways other than having a personal carer present for example by using equipment which could be provided through the occupational therapy service.

“The latest assessment by a senior social worker was very detailed and took into consideration a wide range of evidence provided from relevant professionals involved in [Mr Carver’s] care.

“The council has given its reasons for coming to the conclusion that [Mr Carver] does not have a need for 24-hour care based on the evidence it has taken into account.

“[Mr Carver] may not agree that some needs can be met in other ways. But the council is entitled to take that into consideration.

“Based on the evidence I have seen I do not find that the latest assessment was flawed through not taking account of information provided.

“However in my view asking a senior social worker to carry out the assessment did not provide the level of independence the council had led [Mr Carver] to expect.

“The previous social worker had sent him an email giving him to understand that the council would commission an assessment from outside the council and the assessor would not see the previous assessments or records.

“Instead the senior social worker was from inside the council, the evidence shows she was not entirely new to [Mr Carver’s] case, and she had access to the previous assessments and records.

“It is normal practice for any new assessment to take account of previous ones so the assessor can get a full picture of the case. I do not consider the council was at fault in providing this information, but it was not what [Mr Carver] had been led to expect.”

The council is now talking to Mr Carver’s solicitors to set up a new independent review – but meanwhile, the breakdown in trust between the two parties means little other progress is being made in rehousing him.

The report into the housing complaint investigation says Mr Carver is not bidding for any one-bedroomed properties, which means the council could decide to bid on his behalf.

Mr Carver said: “The ombudsman is utter rubbish, they couldn’t be any further in the pocket of the local council if they tried. Things in this council are rotten to the core.”

A council spokesman said: “We are working with Mr Carver’s solicitors to set up an independent review in line with the Local Government Ombudsman suggestions.”

Editor’s note: The story originally included a quote from a member of Mr Carver’s medical team sympathetic to his case which provided some background to the breakdown in trust between him and the council.

Mr Carver asked for this to be removed post-publication on the basis that the report “stinks of the council’s influence”.