A self-taught programmer from Brighton rumbled the Kremlin’s extensive use of Twitter bots after Russia annexed eastern Ukraine.

His detective work and a write up of his analysis prompted America to ask for his help as it struggled to deal with Russia’s increasingly sophisticated use of social media to spread disinformation. 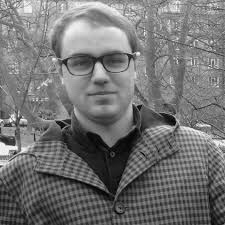 The episode formed part of a report published by the Washington Post online yesterday (Monday 25 December).

It said: “Frustrated US officials concluded that the best information on Russia’s social media campaign in Ukraine wasn’t coming from the US intelligence agencies but from independent researchers.

“In April 2015 Lawrence Alexander, a 29-year-old self-taught programmer who lived with his parents in Brighton, Britain, received an unexpected Twitter message from a State Department official.

“‘Can you show what (the Russians) are swarming on in real time?’ the official, Macon Phillips, asked. ‘Your work gave me an idea.’

“Alexander, who suffers from a genetic disorder that often leaves him chronically fatigued, wasn’t able to make the two-hour trek to the US embassy in London.

“So Phillips took the train to Brighton where Alexander walked him through his research which was spurred by his alarm over Putin’s intervention in Ukraine and his crackdown on gays and journalists.”

In-depth article from the Washington Post on pro-Kremlin disinformation and the efforts to counter it. Mentions my meeting with a State Department official here in #Brighton in 2015: https://t.co/THO8LpGxja

The Washington Post article, headlined “Kremlin trolls burned across the internet as Washington debated options”, looked at the build up to the reported interference by Russia in the American presidential election – and since.

It suggested that America was struggling to catch up with Russia in its use of social media as a tool of propaganda and disinformation, partly because of a policy paralysis.

And it claimed that American officials and organisations with security responsibilities were slow to accept warnings from their European counterparts based on their experience of earlier Kremlin-spawned episodes.

On Twitter today Mr Alexander tweeted links to the Washington Post article and his original report, thanking the Dublin academic who commissioned it after reading his research.