We will fight them on the beach huts …

A proposal to phase in a big rise in beach hut transfer fees was defeated by councillors last night (Thursday 11 January).

The fee will go up from £82 to at least £1,212 from April despite an attempt by Conservatives to have the increase staggered over three years rather than imposed in one go.

Proposed fees and charges for the 2018-19 financial year for dozens of activities and facilities were presented to members of Brighton and Hove City Council.

Most of them are to rise by about 2 per cent to take inflation into account.

But the council’s Tourism, Development and Culture Committee was asked to agree the much bigger rise for the transfer fee charged when a beach hut is sold.

Councillor Robert Nemeth said that most of the fees and charges that were going up were rising at about the rate of inflation.

“I have concerns that such a rise is exploitative and that it takes advantage of the lack of a co-ordinated voice among beach hut owners.

“There is no explicit basis in the corporate policy for profit-making unrelated to cost recovery.

“I fear that this proposed rise will simply make beach huts for the wealthiest in our city rather than a fairly balanced group who came to own the huts in all sorts of interesting ways.

“Beach hut owners are being painted as a privileged few which certainly isn’t the case.

“Finally, it sets a dangerous precedent which puts many other hobbies and interests in the firing line for extortionate rises.

“And I fear unintended consequences which we will see first as a lack of maintenance.”

Councillor Nemeth accepted that the rise was likely to be voted through – and it was – but he asked for it to be phased over three years. It won’t be. 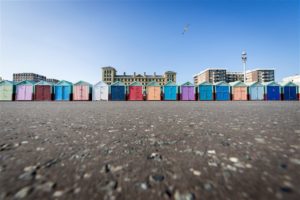 Councillor Mary Mears, a fellow Tory and former leader of the council, said: “These increases are astronomical.”

The Labour administration appeared to be targeting a particular group, she said, adding: “Not every beach hut owner is very affluent.”

Green councillor Tom Druitt said that he was more concerned about the social services budget than the cost of selling a beach hut.

And Labour councillor Kevin Allen said: “So, the Conservatives are going for the beach hut vote.

“We should be working on behalf of the many rather than the few.”

His Labour colleague Councillor Clare Moonan pointed out that the beach huts were selling for up to £25,000, adding: “These beach huts aren’t available except to a tiny minority.”

She said that the fee was levied only when a hut was sold so would be paid from the “tidy profit” that was usually made at that point.

Councillor Nemeth said that with a higher transfer fee, fewer of the 459 wooden huts might be put up for sale.

Owners currently pay £360 a year for having their beach hut on the council-owned promenade.

A report to councillors said that this was worth about £140,000 a year to the council.

Huts can be sold once they have been owned for three years and there have been about 40 transfers a year over the past couple of years.

The report added: “In recent years, the value of a beach hut on the seafront has risen well above inflation and more in line with the increases in the local property market.

“Huts sold this year have ranged in price between £16,000 to £22,500 depending on the location and the condition of the hut.

“There is a hut currently on the market at £25,000. Sale evidence suggests an increase in values of between 45 per cent to 50 per cent over the five-year period since 2012.”