Residents of a Brighton street who are having to walk in the road in pitch darkness because a streetlight has broken while pavements are dug up have waited for more than a week for it to be fixed. 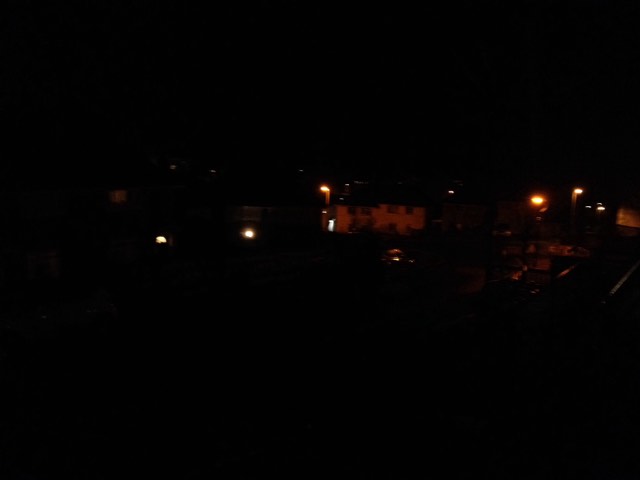 The view from the Ganders’ home

Sarah Gander and her husband have both tripped and fallen since the streetlight first failed in Maresfield Road on Monday, January 8. And although the dangling lamp has now been reattached to the pole, they say it is still not working and have no idea when it will be fixed.

Mrs Gander said when she spoke to Brighton and Hove City Council’s call centre, she was told that it would not be classed as an emergency and was told she should use a torch.

She said: “They’re not taking it seriously. I reported it online on Monday. On the Wednesday I’d been walking in the road to avoid the holes in the pavement, and nearly got hit by a car so I rang them up on Thursday and said I have reported it on the Monday and haven’t seen anyone do anything about it.

“He was extremely unhelpful and said that if he put ours as an emergency, then someone else would have to wait for 14 days. But not everyone has holes in their pavement. He told me to take a torch with me.

“That night my husband and I came home and both of us tripped on the kerb and fell. My husband hurt his foot so badly he couldn’t go to work as an HGV driver the following day as he couldn’t put any pressure on his foot.” 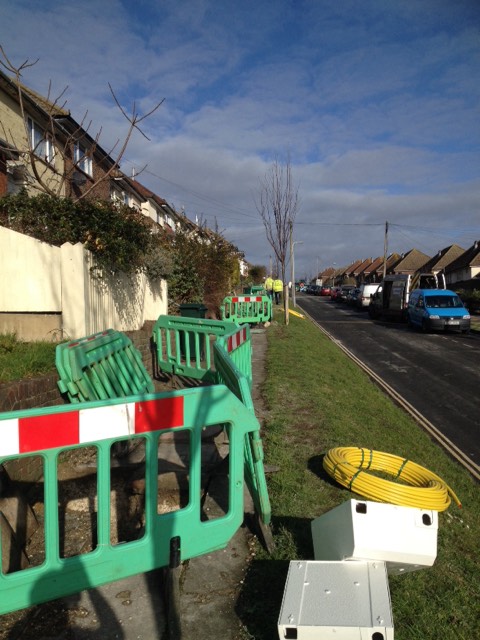 How the pavements look during the day

The pavements are being dug up by contractors who are replacing the gas main along the whole street. Work started at the beginning of the year and is expected to take 16 weeks to complete.

This is the second time the streetlight – one of two in the road – has failed. Mrs Gander said: “Last time the light broke was last year, but it wasn’t a big issue because the light was out but you knew where you were walking.

“The call centre says it takes seven working days for them to come and assess the light and then it could be another week or two if they need to order extra parts or things. It could be that we could be without lights for quite some time.”

A council spokesman said on Wednesday: “We’d like to apologise to the resident you have been in touch with and thank her for bringing this to our attention. Our contractor will be going back tomorrow to (hopefully) sort it.”