There are some people who are forces of nature. Individuals whose charisma and willpower drives all before them. In this city, you tend to think they should have their name on a bus.

One such was Isla Robertson, pensioners’ champion and activist, who died on Wednesday 20 December at the Royal Sussex County Hospital, in Brighton. She was 84.

Isla would not have been sorry to miss Christmas. Like a lot of Scots, she didn’t think too much of it – but she would have been upset to miss Hogmanay and above all Burns Night on 25 January. She loved Robert Burns’s poetry and the “wee dram” of whisky that goes with it.

So it was fitting that the celebration of her life was arranged for Burns Night, Thursday 25 January.

Friends and family packed into the Purple Playhouse Theatre in Montefiore Road, Hove.

There were elected councillors from London, who had served with Isla on Westminster City Council. There were people from Scotland, who had known her from childhood and others who had worked with her in London after she trained as a teacher.

Probably the largest contingent were those, like me, who had met her after she retired to Brighton and became an activist for older people’s rights.

She was best known as chair of the Brighton and Hove Pensioners Association but she had many other roles, not least as a trustee for Age UK.

As one of her admirers said: “It didn’t matter what you were there to do, Isla always got the conversation around to pensioners’ rights.”

Isla had had several falls but, after the last one, doctors discovered that the cancer she had conquered years earlier had returned with a vengeance. She said “I’ve beaten it once. I can beat it again.” But this time even Isla was defeated.

Born in Scotland, Isla worked as a receptionist for some years, before training as a teacher. She was an inspirational teacher, determined to give the deprived children she taught the best education possible.

She had no patience with educational fads, telling younger colleagues to concentrate on making sure children could read and write well. As a former mature student, she knew that excellent literacy skills provide the tools for second chances in adulthood.

A life-long Labour Party member, she served, between 1986 and 1990, as a Westminster City councillor for Little Venice Ward.

While on the council she became a planning specialist – and the scourge of Dame Shirley Porter, Conservative leader of the council.

Shirley Porter was later surcharged £27 million pounds for her part in the notorious “homes for votes” scandal of the 1980s, where constituency boundaries were manipulated for political advantage and poor council tenants forced from their homes. 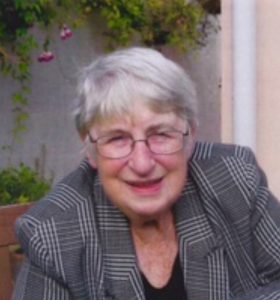 However, I cannot imagine anyone hating Isla. She was forthright and honest and did not suffer fools gladly.

When she asked you to do something, such as speak at a pensioners’ meeting, you knew you had to do it. And what’s more, it would be fun. She loved laughter and sweets and whisky and the poetry of Robert Burns, which she would read in her wonderful deep Scottish accent.

A friend described how Isla broke down in tears half way through reading him Burns’s great hymn to equality, “A Man’s a Man for a’ That”. When he attempted to continue reading the Scottish dialect in his English accent, she burst out laughing, grabbed the book back and carried on herself.

A friend from Scotland paraphrased a Burns poem “Epitaph on my own Friend”. The words are apt.

“The friend of age, and guide of youth:
Few hearts like hers, with virtue warm’d,
Few heads with knowledge so inform’d:
If there’s another world, she lives in bliss;
If there is none, she made the best of this.”

A bus for Isla, please.

Jean Calder is a writer and blogger. For more of her work, visit www.brightonranter.wordpress.com.