A bike thief from Brighton was caught after being chased by an eagle-eyed police community support officer (PCSO) who spotted the petty crook in Hove.

Peter Tucker, 34, was already serving a ban from driving when he stole the mountain bike from Palmeira Square, Hove. 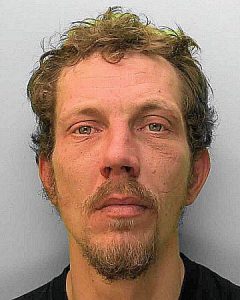 Sussex Police said: “A man who was seen stealing a bike in Hove and chased by a PCSO has been jailed.

“He was spotted by a PCSO and followed before being arrested by police officers.

“Tucker, 34, unemployed, of Grand Parade, Brighton, was charged and appeared before city magistrates on (Tuesday) 20 February.

“He was jailed for six weeks for theft and for breaching a suspended prison sentence imposed last September for disqualified driving and theft of a mobile phone.”

Sergeant Simon Renouf said: “Thanks to one of our eagle-eyed PCSOs who spotted Tucker pedalling off on the bike, we were able to detain him, take him off the streets and return the bike to its owner.”

Anyone with information about bike thefts in Brighton and Hove is asked to contact police online or to phone 101, quoting Operation Ensnare.