A complaint that the i360’s claim that it is the world’s tallest moving observation tower is misleading has been upheld by the advertising watchdog. 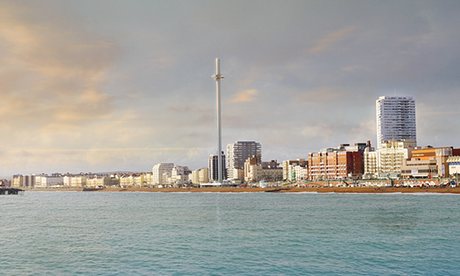 A member of the public complained to the Advertising Standards Authority (ASA) about the claim on the Brighton attraction’s website in July last year. He said that there are a number of observational towers with moving platforms which are higher than the i360’s 138m.

Two of these are the Euromast in Rotterdam which has an observational deck at 100m and a rotating glass elevator which goes up from there to 185m.

The Donauturm in Vienna has a static viewing platform and two revolving restaurants at 161.2m and 169.4m.

However, the i360 argued that its claim referred to the distance that the pod travelled up and down, rather than its final height above sea level – and that as the revolving restaurants were marketed as restaurants not observation decks, they were not comparable.

“Because we did not consider the British Airways i360 was taller than other observation towers in the way that consumers would understand it, we therefore concluded the ad was misleading.

The i360 said that while the ruling was disappointing, it did not change the fact the attraction is world-class.

Steve Bax, executive director, said: “British Airways i360 has received multiple prestigious awards for innovation, design and the quality of our visitor experience, and while the ASA ruling was disappointing it does not change our position as a world-class attraction which is giving inspiration and delight to hundreds of thousands of people every year.”

A recent response to a Freedom of Information request made by a member of the public revealed that from July 2017 to January 2018, visitor numbers were down 8.4% on target – but that despite this, profits were up 26.6% on target – largely because of a reduction in the attraction’s rateable value.

The i360’s original rateable value (RV) – the amount against which business rates are calculated – was calculated in 2010 as £1,425,000. When RVs were reviewed last November, this was reduced to about a third of this figure, and backdated. The current RV is £542,500.

The i360 has now started marketing its pod for special Sky Dining events, where the pod will be used as a restaurant serving a three-course dinner.

Although there will still be no toilet facilities in the pod itself, it will descend between each course where diners will be able to use the ground floor facilities.