Brighton rockin’ on a Monday night Local promoters Hot Wax and Tigmus thankfully put on four rockin’ bands to brighten up a wet Monday night in Brighton – it blew all of the cobwebs away.

Hot Wax and Tigmus have been working together to put on the newest bands and thus exposing their talent to new faces.

Tonight is called Locals #6 and is a special one with Lazybones in celebration of their ‘Crazy’ single launch! Lazybones consists of Candi Underwood (on powerful shouty-style vocals and keyboards), Joe Tighe (Bass) and Sam Barnes (Drums) and the alt-rock trio are best described as having one fuzzy bass guitar, amplified organ and drums and with those instruments they create a trashy, unapologetic, to-the-point British sound; inspired by Black Sabbath and the Sex Pistols which is arguably comparable to Queens of the Stone Age and Slave, but with a commercial tinge.

We felt that having witnessed the impressive Lazybones set, they they were possibly the band most likely to breakthrough, but I guess it was their single launch party anyway, which they ended their eight song set on. It’s called ‘Crazy’. They played the b-side ‘I’ll Be Gone’ too, as well as a new track called ‘Fashion Victim’. Surely ‘Merch Stand Of The Year’

Candi’s eye makeup was rather striking, just like one would imagine Cleopatra would have looked like – the Egyptian Queen, not the music artist! The band certainly get the award for ‘Merch Stand Of The Year’ with it’s tv’s playing video’s – a unique touch, that I haven’t witnessed before. Murmur are George Mills, Ben Jordan and Troy Garrick and together they are a grunge band born in East Staffordshire, but sensibly are now currently based in Brighton.
Murmur are just the gin and tonic for all dirty guitar and drum lovers everywhere. We thought that their live set was very much like Nirvana even with the long drawn out style vocals and there were four guys on stage too. Enjoyable set.
Their Facebook page is HERE and their YouTube page is HERE. The Murder Boys were until very recently a trio made up of Ben Buckley, Martyn Nash and Oliver Tcherno, but tonight they are reduced to just a duo.

They reckon they make music to slap your legs to, although we felt that this heavy powerful (psychedelic) rock could quite possibly be work in progress for this new duo. Might be interesting to see them when their new format is a little more established in a few months time.
Their Facebook page is HERE and their Soundcloud page is HERE. The local Brighton trio Ragweed, inform us that they are ‘the Love child of The Ramones and The Melvins dating Jack off Jill’ and that they play beats, riffs and hooks.

Having seen them perform live, we reckon there’s some heavy meaty bass sounds going on here, which is akin to Nirvana meets Motörhead in parts, borderline metal I would suggest. The beats of their songs do chop and change unlike The Ramones.

Unusually the drummer quite often crosses his arms when playing, as in his left arm hits right drum and his right arm hits left drum at the same time, which is possibly unorthodox but looks impressive. They performed a decent set that included their ‘Silver Spoon’ single which can be found on Spotify. 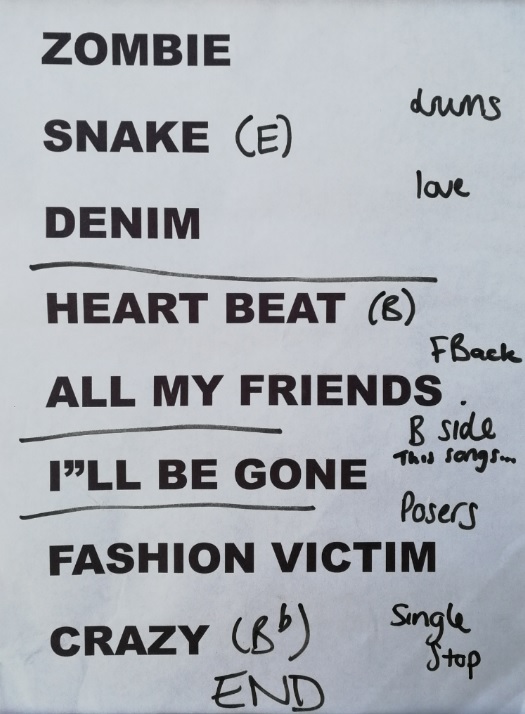 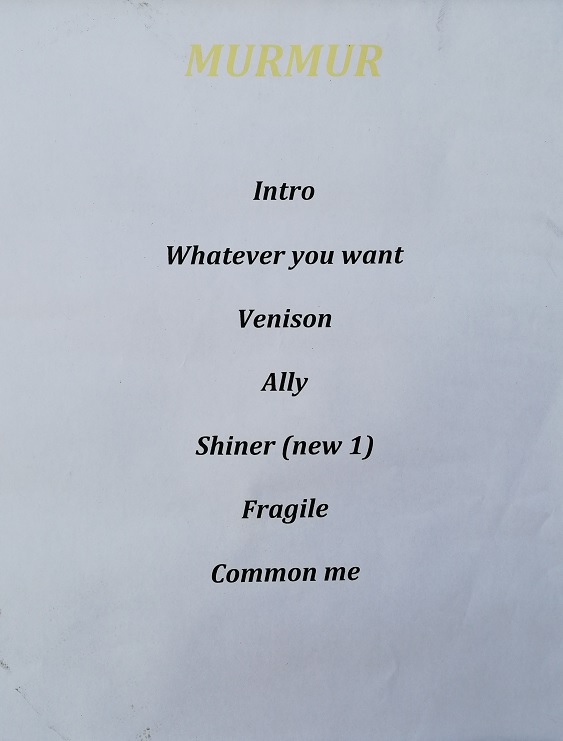