A pregnant sheep found dead off Falmer Road this month is believed to have died after being attacked by a dog. 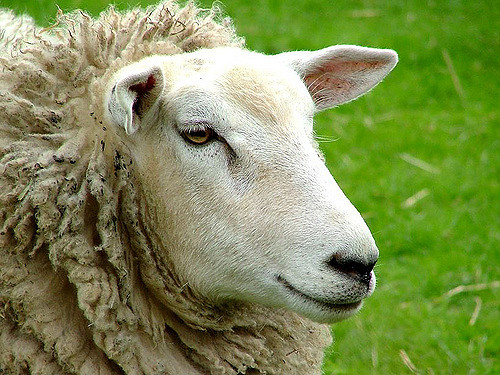 Stock image of a sheep by Jannes Pockele on Flickr

The sheep was found near to Blind Veterans UK in Ovingdean on Tuesday, 6 March. It’s believed to have been attacked the previous night.

Sussex Police said: “A sheep, that was in lamb, was found dead in a field in Falmer Road, near to Blind Veterans UK Brighton. It had bite marks on it consistent with having been attacked by a dog.”

Dogs attacking sheep have been a big problem elsewhere in the county this year, with two savage attacks taking place at Cissbury Ring in recent weeks.

Speaking after those, Sergeant Tom Carter said: “We invariably see a rise in sheep-worrying incidents as the days start to draw out as more dog owners head for the countryside to exercise their pets.

“We urge people to keep their dogs on a lead while they are walking in rural areas and around livestock. So often in these incidents the owners are horrified by what their dogs have done, but they have to accept that even the most docile of pets can quickly turn into a killer given the opportunity.

“A farmer can legally shoot a dog that is chasing livestock and seek compensation from the person responsible for the animal, so please don’t take the risk.”