More than a thousand people have signed a petition calling for a ban on single use plastic at events in the city as plastic Lucozade bottles thought to be from last month’s half marathon are still being found in the sea. 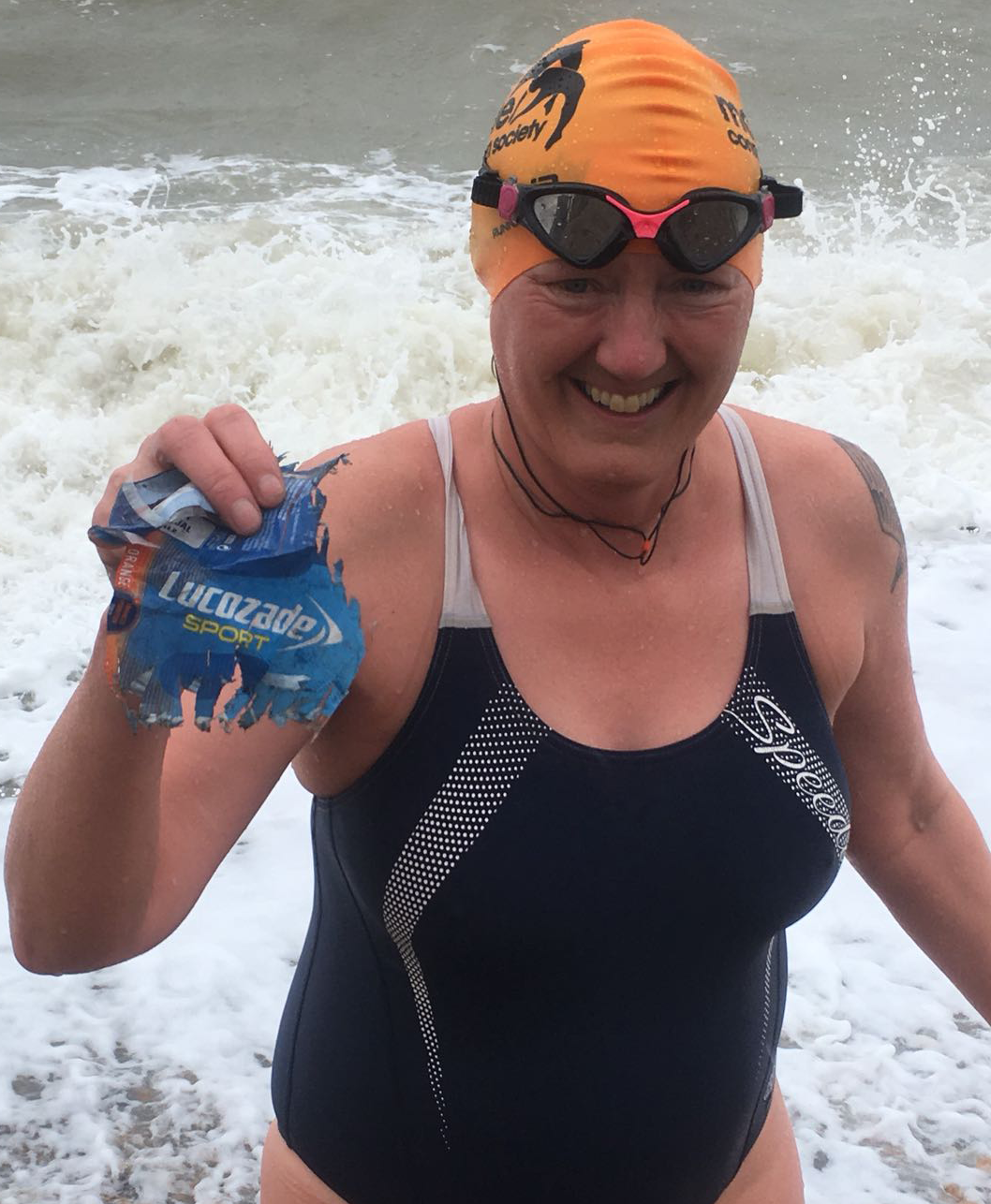 Pictures of the mounds of discarded plastic Lucozade bottles posted by sea swimmer and responsible fishing campaigner Nicholas Rohl caused an outcry when they were posted on social media following the half marathon on February 25.

Nicholas Rohl, who as co-owner of sushi restaurant Moshimo helped launch the Fishlove campaign against destructive fishing practices, said the response to his pictures had been amazing.

He said: “I’m a sea swimmer and we kept on coming out of the sea with evidence. We found two last week, between the huts and the promenade on the beach.

“It’s circumstantial evidence of course, they could have been bought in shops or thrown away. And I’m reluctant to get into identifying the half marathon because it’s more about how events like this get organised. This just happened to be the half marathon.

“But there are a number of running events which are plastic free. There are backpacks now which give you access to water whenever you want it, or you can just carry your own reusable bottle. I’m not quite sure why you need to have disposable bottle stations.

“People argue that we need these events and therefore all of this plastic needs to be produced. But do we need to have these events, and do we need to throw plastic on the ground? Can we have them but structure them in a different way so that the waste isn’t produced?

“We have to step back a moment and think about the way we live our lives more effectively.”

At the time of publication, the petition had been signed by 1095 people, which means it needs just 155 more names to be debated by Brighton and Hove City Council.

Following the initial stories after the race, a half marathon spokesman said: “At all of our drinks stations we place extra refuse bins for the collection of empty bottles, waste etc, and we recruit teams of litter pickers who patrol these areas during the event.

“Where we do create waste, we very much want this to be cleared away quickly and recycled wherever possible, which is why we employ the specialist cleaning services of Brighton & Hove City Council’s CityClean.”

Lucozade said: “We always seek assurance that an efficient clean-up operation is in place to ensure that there is no littering of our products after the event.”