A listed tea shop has been ordered to remove parts of its distinctive ivy covering which has grown to cover its roof and most of its front wall. 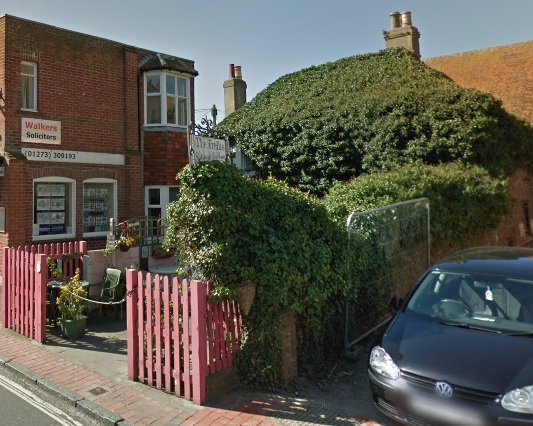 Planners say that ivy is now growing into the loft space of the Trellis cafe in High Street, Rottingdean, and is putting the two storey building’s flint walls at risk.

It’s thought that removing the ivy could take up to two years for it to die back and be removed so as not to damage the Grade II listed building’s walls.

Owner Mary Venturi, who has been running the cafe for 42 years, said that she first planted the ivy about 12 years ago.

She said: “I only planted one tiny piece of ivy and it’s just spread like wildfire. It’s a distinctive part of the cafe now. It’s full of birds and we haven’t been able to disturb them by law.

“We are doing the best we can to get hold of people to do it. It’s got to be done really carefully so I think we have got to get a gardener to cut it back first and then get a specialist to cut it back being careful of the flint.”

Last summer, Brighton and hove City council asked Mrs Venturi to provide quotes for the removal of the ivy, and in February, it issued a planning enforcement notice, which comes into force on Wednesday and requires action by the end of July.

“The council said they can’t help at all. The want it off the roof and the gutter and the flintwork at the front.

It orders the owner of the building to: “Completely remove (very carefully by hand) the ivy from the roof and the walls of the building on the Land, fully exposing the door, windows and rainwater goods.”

The 18th century detached house is made of flint, with painted brick dressings. A masonry break in the middle suggests it may once have been two properties.