A Brighton builder has been jailed for causing the partial collapse of a house that he was working on.

1 Over Street in Brighton

Glen Peters, 57, of The Brow, Woodingdean, undermined the structural integrity of the house in Over Street, in the North Laine area of Brighton.

Peters, trading as Brow Builders, which has since been closed by the authorities, did the damage digging out the basement of the house.

The Health and Safety Executive (HSE) said: “He then failed to act on the advice of a structural engineer on how to remedy the situation, resulting in the gable wall partially collapsing and the ground floor collapsing into the basement.”

Neighbours were evacuated when the collapse happened in February 2015, prompting an investigation by the HSE.

It resulted in Peters appearing at Hove Crown Court where he was jailed for five months after pleading guilty to breaking health and safety laws, including failing to report the incident.

The HSE said: “Adjacent properties had to be evacuated and the area cordoned off because there were concerns that members of the public living near by and passing through the area were at risk.

“An investigation … found that the property had bungeroosh walls, common to buildings in the Brighton area which were built in the mid-18th to 19th century.

“They are constructed with a mixture of rubble, timber, pebbles, stones and flint in a lime mix mortar set between shuttering.

“The make-up of these walls makes working on this type of building more challenging in terms of structural stability, meaning that those doing so must fully understand what they are dealing with.

“The investigation also found that Glen Peters failed to report the incident to the HSE as a dangerous occurrence in accordance with the Reporting of Injuries, Diseases and Dangerous Occurrences Regulations (RIDDOR) 2013.” 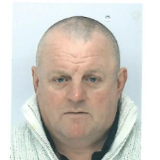 Peters was jailed for five months for the dangerous way in which he worked and two months for not reporting the incident. The sentences are to run concurrently, making five months in total.

HSE principal inspector Emma Stiles said: “Basement work must be properly planned to ensure the structural integrity of the building throughout the construction work.

“When this type of work is done badly, workers and members of the public are at significant risk of serious injury or death.

“In addition, we cannot underestimate the impact on the homeowners when their properties are extensively damaged.”