Police have doubled the reward being offered to catch a Hove man who fled a hospital in handcuffs.

A £1,000 reward is on offer as officers aim to recapture Jessie Burbridge who escaped from police even though he was awaiting treatment for a broken arm. 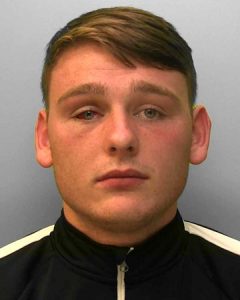 The 22-year-old escaped from a Worthing hospital last month.

He is wanted for assaulting a police officer, criminal damage and escaping lawful custody in Worthing – and an assault in Brighton.

Burbridge was described as white, about 5ft 8in, of slim build, with brown hair and brown eyes.

He is believed to be in either the Brighton and Hove or Eastbourne areas.