Brighton Table Tennis Club (BTTC) has handed over a £150 cheque to support the work of First Base, the day centre for street homeless run by Brighton Housing Trust (BHT). 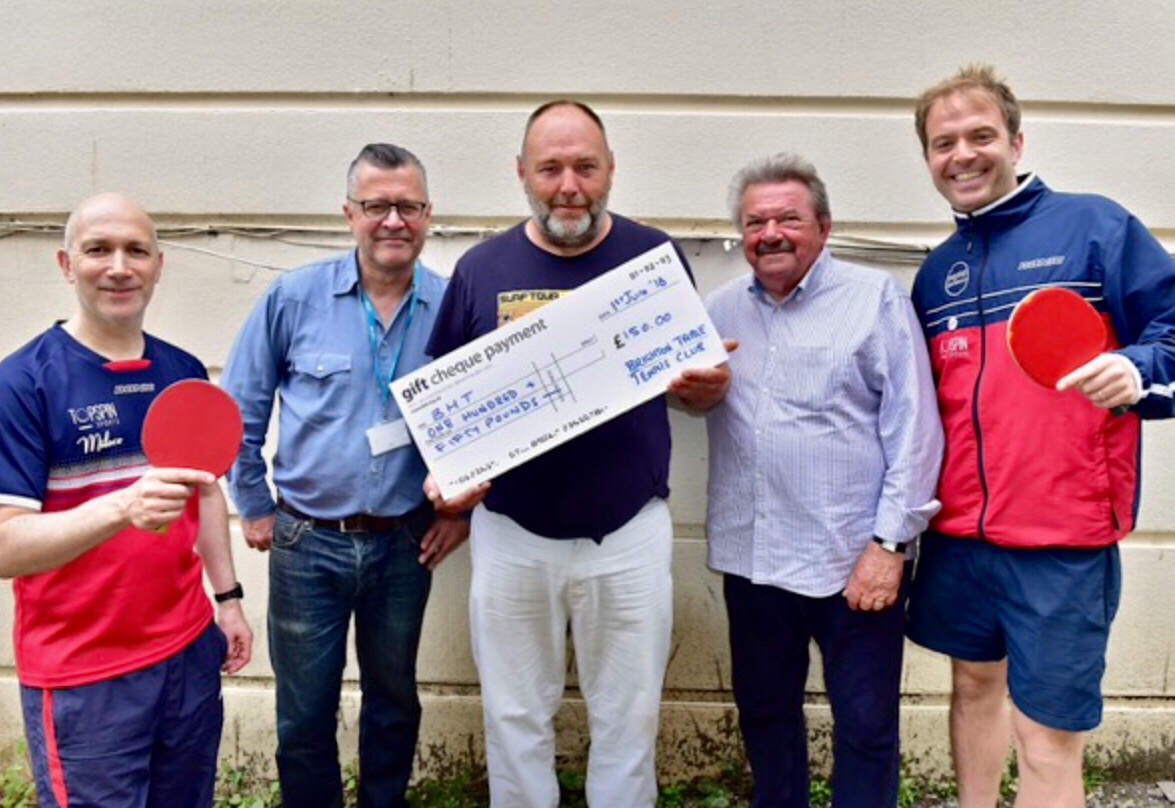 The money was raised through an exhibition match between pro-players Craig Bryan and Wen Wei Xu.

The club runs regular sessions at First Base, which opens 365 days a year to provide a range of critical services for the rising number of street homeless people in Brighton and Hove.

BTTC founder-director Tim Holtam said: “First Base does an amazing job for homeless people in our city, as all the people who use its services will tell you.

“We are privileged to work with it.”

Mr Holtam is the guest on this month’s Radio Reverb Politics Show which looks at the much-praised work of the Brighton Table Tennis Club.

Politics Show presenter Geoffrey Bowden said that the club has been showing how the power of table tennis can be used to bring together marginalised communities and develop life skills.

Mr Holtam is joined by Wasim Alyousef, an asylum-seeker from Syria who has been trained by the club and is now a qualified table tennis coach.

In the programme Mr Bowden learns how the Brighton Table Tennis Club, a “club of sanctuary”, is working with Brighton and Hove City Council’s Community Safety Team and Sport England’s Community Integration project to help build communities by working with the widest range of local people, including looked after children, the elderly, people with mental health issues, travellers, the homeless, prisoners, newly arrived refugees and migrants.

The show is broadcast on Sunday 10 June at 5pm and repeated on Monday at 11am. Alternatively, visit the RadioReverb site and click on the ‘Listen again‘ button.

Radio Reverb is on DAB on 97.2 FM or online at www.radioreverb.com