Court orders conman to pay back £25k or stay in prison

A court has ordered a jailed conman to repay £25,000 within three months or spend an extra three years in prison.

Jeremy Penfold, 31, was jailed for 30 months for defrauding seven victims across Sussex, including one from Hove.

At Brighton Crown Court earlier this month he was said to have benefited to the tune of £75,000 from his criminal activity.

The bogus builder strong-armed the elderly and vulnerable into paying for building work which he then never completed. In five cases he never even started the work.

He gave a variety of excuses for not doing the work. He said that he was ill, had to make an emergency visit to his parents and that his wife’s grandad was in hospital.

And even though Penfold has no children, he said that his daughter had been in a car crash.

In the end he stopped answering calls.

When two victims obtained county court judgments against him, he moved to try to prevent bailiffs from enforcing the judgments.

But he was snared after an investigation by East Sussex County Council Trading Standards Department.

Penfold had used the proceeds to fund a lavish lifestyle. He bought a Range Rover, personalised number plate, jewellery, electrical goods and a jet ski, according to the council. And he spent some of the money on a holiday to Mexico.

Penfold was jailed in December at Lewes Crown Court after he admitted defrauding seven victims.

Now the council has obtained a confiscation order under the Proceeds of Crime Act, ensuring Penfold, formerly of New Road, Uckfield, must pay up or stay inside. 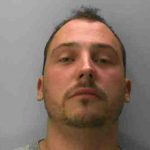 There were also payments and gifts made to his former partner Samantha Whitehouse, of Deal, in Kent, as well as her family and another individual.

The court rejected a submission on Penfold’s behalf that he had no assets. It found that he had failed to provide any compelling evidence to this effect and that he had a history of dishonesty, not least his conviction for these offences.

Councillor Bill Bentley, the county council’s lead member for communities and safety, said: “This is a terrific result for the victims as it means Penfold must at least pay back some of this money – or face spending even more time behind bars.

“This individual callously and shamelessly used money fraudulently obtained from vulnerable residents, who could scarcely afford it, to fund a life of luxury for himself and those close to him.

“This verdict, which is the result of the diligent and painstaking work of our trading standards team, will be welcomed by the victims who suffered financially and emotionally because of his actions.”

It emerged that Penfold had a previous caution for fraud after trying to persuade Revenue and Customs to give him a £6 million VAT refund.

Lessons from our past can help shape our future