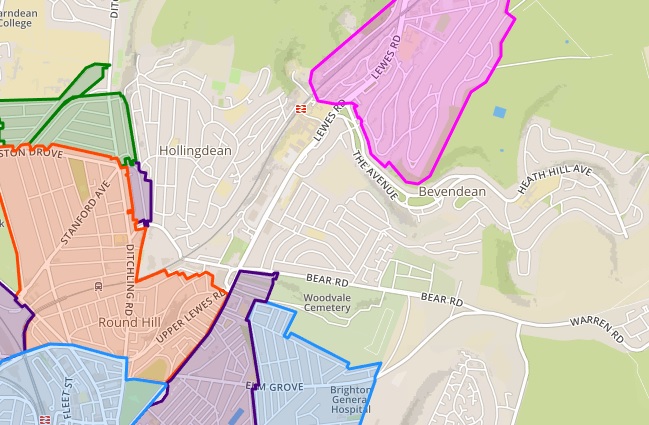 People living in the Coombe Road area of Brighton are going to be asked whether they want a controlled parking zone (CPZ).

The developer behind the huge building project on the Preston Barracks site in Lewes Road will fund the consultation, including the use of consultants from outside the council.

The consultation is using outside help because Brighton and Hove City Council has only a small team for this sort if work.

But a deal with the developer, known as a section 106 agreement, means the work can now be fast-tracked to find out whether people living in the area want a controlled parking zone.

She said that cars suddenly filled the streets in her area on the first day when the Hanover and Elm Grove controlled parking zone came into force.

People in the Coombe Road area expected some displacement but they never expected the change to hit them overnight, she said, adding: “What we did not foresee was the impact of the controlled parking zone in Hanover.

“I dismissed the impact but it was immediate and acute.

“Overnight our streets were crowded with cars. Our roads are now dangerous for all residents.”

Labour councillor Daniel Yates, who represents Moulscoomb and Bevendean and was recently elected leader of the council, spoke in support of the deputation.

He said that it was fortunate people in the area had had the foresight to ask for money for a parking zone consultation from the Preston Barracks developer.

He said: “It is unfortunate that Hanover occurred and overnight cased drastic change for people living in the Coombe Road area.

“There’s been massive displacement of vehicles. We don’t know if it’s people who used to park in Hanover or those not paying for permits.”

Conservative councillor Lee Wares asked if experts brought in for this extra zone could be used to assess the wider needs.

Labour councillor Gill Mitchell, who chairs the committee, said that the section 106 money could only be used to deal with the area affected by the development.

In this case, it would mean looking at bordering areas too, she said.

But the hopes of people living in the Surrenden area were thwarted. They have also been asking for a fast-tracked consultation after being affected by displacement from neighbouring schemes.

Despite making a financial case, they have been turned down because the council’s capacity – it has a small team of experts working in parking zones – means that all other schemes are dealt with according to a previously agreed timetable.