The Skids return to the Concorde 2 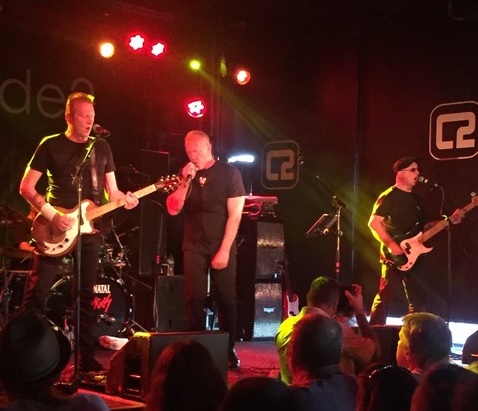 Well it was a really hot evening in Brighton for this gig. I had been really looking forward to seeing the Skids again. The last time I saw them in Brighton was at the Top Rank Suite (which use to be at the bottom of West Street) on the 15th of October 1980. I still have my ticket. The bands original lineup then consisted of Richard Jobson, Stuart Adamson (sadly no longer with us), Bill Simpson and Tom Kellichan and they hailed from their home town of Dunfermline in Scotland. Tonight was the 40th Anniversary Part 2 tour. Anyway back to the gig. 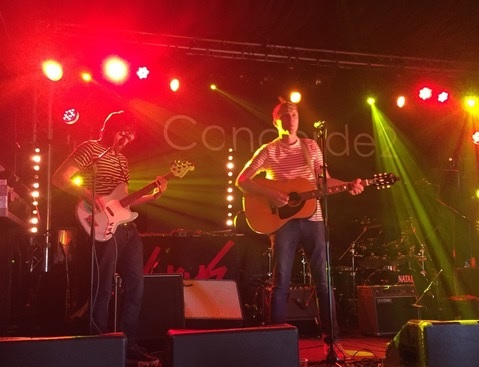 Tonights support came from and young band called Theatre Royal, When I say young, they have four albums released and are just about to release their fifth. The band hail from Medway and two weeks ago supported the Flamin’ Groovies.

Theatre Royal are Oliver Burgess (vocals and guitar), Robbie Wilkinson (guitar and vocals), Brendan Esmonde (bass) and Jon Gibbs (drums). I for one hadn’t heard them before and did have a quick chat with a couple of the band before their appearance, which set some high expectations. 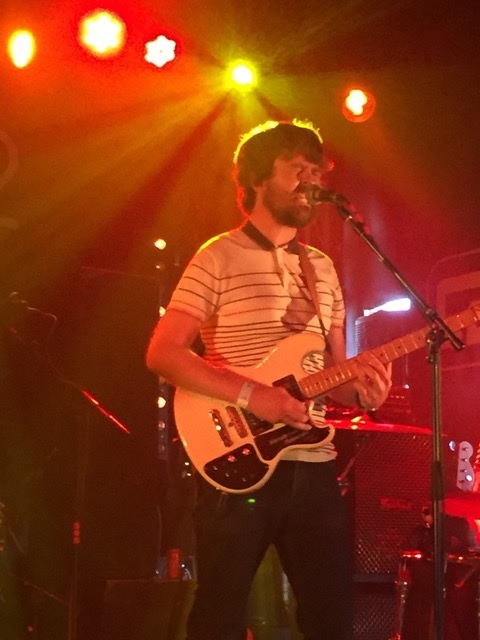 The first song was called ‘Tune Out’ and boy could these guys play. There were parts of the audience that had travelled some way to see the performance and they were well up for it. They joined in singing virtually all of the words.

Next up was ‘French Riviera 1988’ another great song. Two songs in and I was really enjoying the set, which was brilliant. The rest of the set list was ‘Callow’, ‘Locked Together On The Lines’, ‘Foreign Shores’, ‘Katherine’s Sleeping’ or possibly ‘Keep Sleeping’ (I think this is a track from the forthcoming album) and finally ‘Port Bou’. 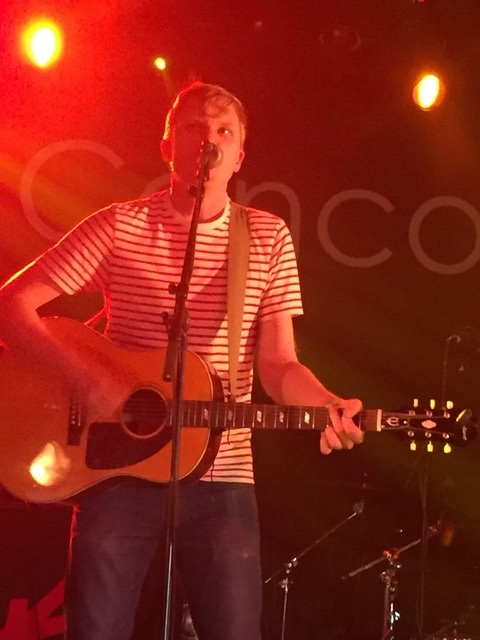 I have to say I was totally captivated by Theatre Royal and will be visiting their online store very soon. They describe themselves as Psychedelic, New Wave, Country, Garage, Pop although I thought there were influences from indie and great rock guitar. Highlights for me ‘Keep Sleeping’ and ‘Port Bou’. Will definitely look to see them again.

Find out more about Theatre Royal HERE and listen to them HERE. 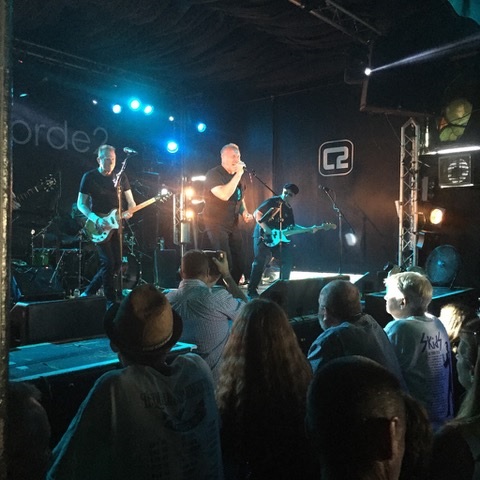 They started off with an absolute belting version of ‘This Is Our World’, which is the opener from the guys latest album ‘Burning Cities’ which came out in January 2018. The crowd were ready and waiting and immediately started to join in with the band. A small mosh started in the middle. That certain guitar sound that you hear and you absolutely know it’s the Skids. The hairs on the back of my neck were standing up and I then knew this was the place to be. 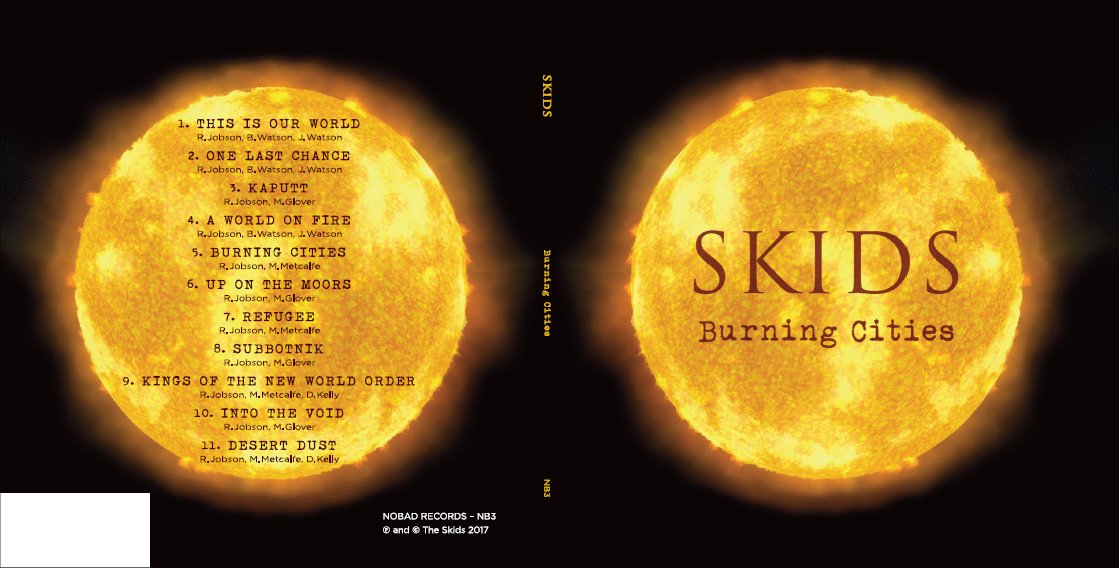 Next up was the 1979 single ‘Charade’, again fantastic with the crowd now in full on Skids mode. Richard Jobson chatted to the crowd in between tracks to talk about the songs and the band over the years and why they wrote them, and sharing personal family history to set the scene.

The set was a real collection of new and old. In particular ‘Kings Of The New World Order’ from the latest album ‘Burning Cities’ stood out as an amazing performance. The Skids were on fire. The band are tight and brilliant musicians.

Next was the 1979 single ‘Working For The Yankee Dollar’. Jobson now owned the crowd and everyone in Concorde 2 was either dancing or singing or both. The 1978 single ‘The Saints Are Coming’ was next and Jobson talked about how many other bands around the world have covered this song. But in his words it belongs to The Skids and boy did they play it.

The set continued with each song keeping the crowd singing and dancing. Then came ‘Masquerade’ which was a 1979 single and this made me feel 16 years old again and back to the first time I saw the Skids. I was standing thinking how awesome this moment is and what a brilliant band they are. Then their famous 1979 single ‘Into the Valley’ was up next and the crowd went into overload with everyone singing and what a performance too. The stage went dark for a moment then Jobson got the whole crowd to sing the words with no music. A wonderful moment.

The Skids went off and came back with a two song encore, which was the 1980 single ‘Animation’ and ‘The Olympian’ which appears on their 1979 album ‘Days In Europa’.

Highlights for me were ‘Kings Of The New World Order’, ‘The Saints Are Coming’, ‘Masquerade’ and ‘Into The Valley’. Overall a brilliant night. 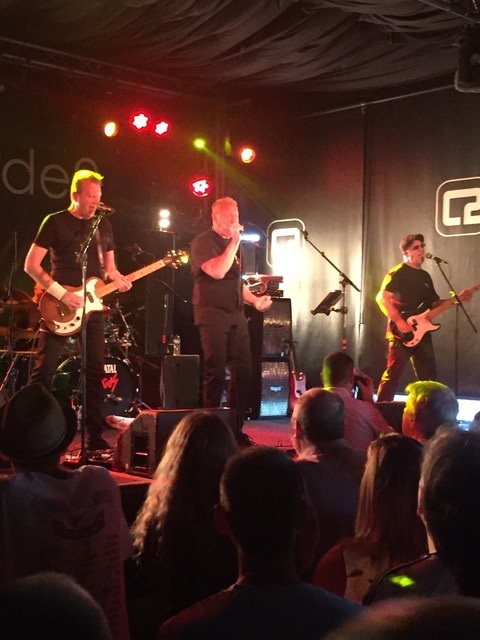 For more information on the Skids visit: http://www.the-skids.com/