A killer was found in Brighton this morning (Wednesday 4 July) after Sussex Police asked the public for help finding him yesterday. 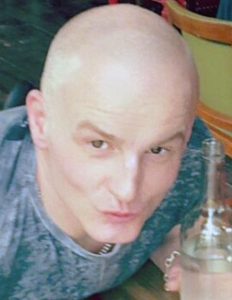 “The 40-year-old was located in Brighton in the early hours of Wednesday (4 July).”

Moxon, who comes from Lewes, was convicted of killing his girlfriend Natalie Scott, 21, at the flat they shared in Aldwick, near Bognor, 16 years ago.

He stabbed her more than 20 times in a frenzied attack but denied murder, instead admitting manslaughter on the ground of diminished responsibility.

He was said to be suffering from paranoid schizophrenia and was detained as a mental health patient.

He went missing from Woodlands, which is at the Conquest Hospital, in Hastings.

Sussex Police said that Moxon was regarded as high risk because of his mental health issues but was not believed to pose a risk to the public.