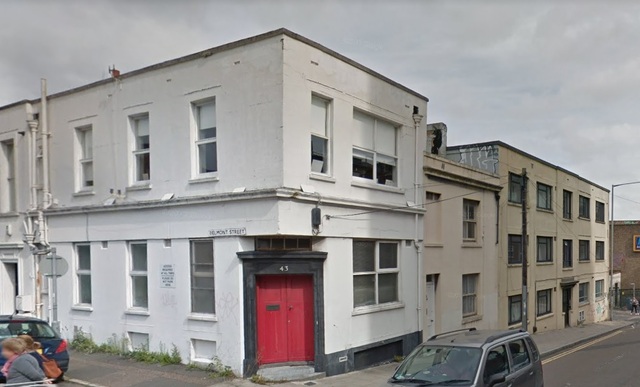 New homes could replace a council-owned building if a sale is approved.

A developer has made Brighton and Hove City Council an offer for 43 Belmont Street, home of arts charity Same Sky, and 26 and 27 St Peter’s Street.

Same Sky organises workshops for children and young people, as well as running the annual Children’s Parade and Burning the Clocks.

Director John Varah said: “Obviously we’ve been here for 30 years so it is a shock to the system.

“We always wondered if the council noticed we were here as it is a valuable asset.

“The building needed some attention and we’ve not mentioned it because we didn’t want them to think the building was costing money.

“Now obviously our time is up and someone wants to develop the whole site.”

Same Sky, and other tenants, have been offered space in New England House, but Mr Barah pointed out it would be half of what they have now.

Another tenant, designer David O’Connor, has put in a bid above the market value for the building his business has occupied for the last 35 years, with support from his neighbours.

He pointed out the tenants have maintained the building, which is run down. A survey showed it is a solid building, if a little cosmetically tatty.

Mr O’Connor said: “We are serious creative developers of the space. This building has integrity, we have integrity and the development plan has integrity.”

His and fellow tenants plan is to improve the building cosmetically and eventually plan to build a extra floor of flats.

However, the owner of neighbouring 45-47 Cheapside has outbid the current tenants with a view to knocking it down and building flats – and officers have recommended that councillors approve his offer.

Combined with his existing land, there is space for 30-35 new flats.

Brighton and Hove City Council policy and resources committee discusses its options at its meeting at Hove Town Hall on Thursday, 12 July from 4pm.