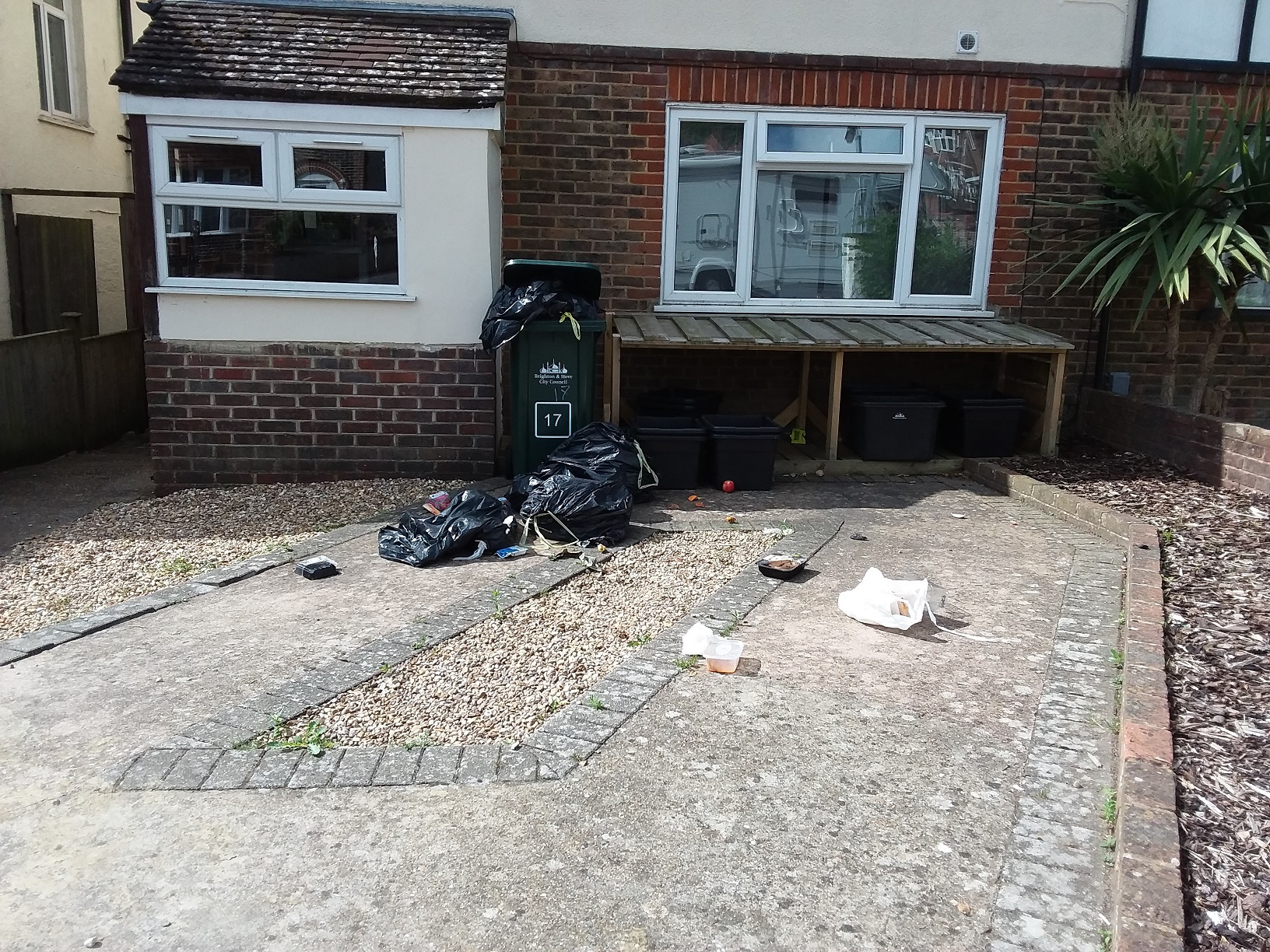 Sussex University has cut ties with a developer said to be aggressively converting or enlarging student houses on Brighton’s estates, residents have been told.

Rivers Birtwell, which has bought dozens of properties in Bevendean, Coldean and Moulsecoomb to rent to students, has had mixed success in turning them into shared houses (HMOs) or enlarging them because of restrictions on the number of HMOs in these areas.

It had also been taking advantage of a loophole by letting via the university, which is exempt from shared house restrictions. But this arrangement, known as head-leasing, is now at an end.

And residents were also told that there had been a “bogus endorsement” of the developers by the university – although it is unclear what this meant – and the company denied the accusation.

Rivers Birtwell said that it had not included bogus endorsements in connection with any of the properties owned or managed by the company – and it had ended the relationship with Sussex University rather than the other way round.

According to the minutes of a meeting of the Coldean Residents Association on Tuesday 3 July, the university’s housing manager Becky Nash told residents: “Sussex Uni has cut all ties with Rivers Birtwell following their publication of bogus endorsements from the university, and will not be housing any more of their students in Rivers Birtwell properties.”

A university spokeswoman said that she was not sure what the bogus endorsement referred to, but that it was not university policy for employees to comment on planning applications.

She also confirmed that the university was no longer working with Rivers Birtwell – although said this was not because of the endorsements.

In August 2017, a comment in support of one of the developer’s applications, at 17 Park Road, was submitted in the name of an employee of the university’s housing services, saying that it had been “taken on” by the university the previous September, adding: “We have found it to be an excellent property which our tenants have been very happy living in.

“It certainly ranks among the best in private rental housing which is to be found in the city, with a good level of thought given to design rather than the usual piecemeal conversions seen.”

Councillor Tracey Hill, in whose Hollingbury and Stanmer ward Park Road lies, said: “When I noticed that the University of Sussex had written in support of the HMO planning application at 17 Park Road, I queried it with them.

“That application generated a lot of objections and was eventually refused. The university told me that it wasn’t their policy to comment on planning applications in this way, so I don’t really know why it was there.

“The comments were quoted extensively by the planning inspector who was deciding the appeal. Luckily, despite giving weight to these comments, the appeal was dismissed. It would have been really unfortunate if the university’s comments had played a role in the refusal being overturned.

“Residents in my ward were also unhappy that comments had been posted in support of another Rivers Birtwell planning application in their name, without their knowledge.

“The residents were University of Brighton students, and the comments were removed at their request. The new upgraded planning register will make it more difficult for this to happen because you have to register with an email verification to make an online comment.”

122 The Avenue – Enlarge HMO, refused but allowed on appeal

17 Upper Bevendean Avenue – Approving existing use since 1998 as an HMO, approved

25 Wheatfield Way – Retrospective permission to enlarge HMO, refused twice. Approving existing use as an HMO since 2012, approved. Enforcement notice to cease use as a large HMO, complied Nov 2017.

103 Halland Road – Enlarge HMO, refused and dismissed on appeal. Enforcement notice to cease use as an HMO issued January 2018.