A third Labour member of Brighton and Hove City Council has been deselected as the party chooses its slate for the local elections in May next year. 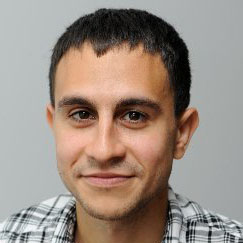 A fortnight ago his ward colleague Councillor Adrian Morris was deselected at the shortlisting stage. Councillor Karen Barford, the third member who currently represents Queen’s Park, is standing down in May.

On Monday (23 July) Councillor Anne Meadows, who chairs the council’s Housing and New Homes Committee, also lost her battle for reselection in Moulsecoomb and Bevendean.

However, in Preston Park ward, Councillor Julie Cattell, who chairs the council’s Planning Committee, last night learnt that she will be on the ballot paper come next May.

She will be joined by Juan Baeza and Denise Friend – two candidates who were backed by Momentum, the campaign group set up in support of Labour leader Jeremy Corbyn.

Councillor Cattell said: “I’m so honoured to have been resoundingly reselected to stand again in Preston Park. Thanks to everyone who supported me.

In Queen’s Park the three candidates picked to stand next May are Nick Childs, Amanda Evans and Colin Piper.

While in Moulsecoomb and Bevendean, the Labour council leader Daniel Yates will be joined on the ballot paper by Amanda Scales and Kate Knight.

In Hollingdean and Stanmer the three Labour candidates include sitting councillor Tracey Hill. Her colleague Councillor Caroline Penn will step down in May.

Councillor Michael Inkpin-Leissner, who was elected on the Labour slate in 2015, is now an independent because of his concerns about anti-semitism within the party.

Councillor Hill will be joined as a candidate next May by Theresa Fowler and Phil Clarke. Mr Clarke was one of the members who was elected to the party’s local executive two years ago and then lost his position when the result was declared void.

One critic of Momentum said that Mr Piper and Mr Clarke had both stood against Labour in previous elections.

Elsewhere, South Portslade councillors Les Hamilton and Alan Robins have been reselected as has Nancy Platts in East Brighton, Emma Daniel in Hanover and Elm Grove and Jackie O’Quinn in Goldsmid.

Councillor Peter Atkinson has been shortlisted in North Portslade, where the final selection meeting is due to take place tomorrow (Thursday 26 July).

Councillor Clare Moonan had also been shortlisted and was due to find out whether she would be on the ballot paper for Central Hove at the final selection meeting next Tuesday (31 July).

But the result in Wish ward – where Alex Braithwaite was selected alongside Adam Imanpour – means that Councillor Moonan is now automatically selected as the female candidate for her ward.