A Brighton man suspected of theft and assault is being hunted by police after failing to turn up to court. 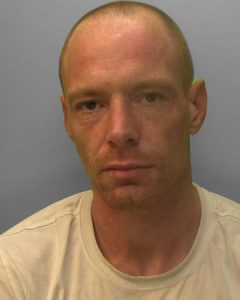 Aaron Dawes, 36, of Wiston Road, Whitehawk, is accused of stealing five cardigans worth £895 from the White Shop in North Street, Brighton, in January.

He is also charged with assaulting Bruno Goncalves Freire in the White Shop on the same date.

Dawes is also charged with two separate shoplifting offences earlier in the month, both at Hugo Boss, in East Street, Brighton.

On the first occasion he is accused of stealing three jackets and three polo shirts worth £462.

Two days later he is alleged to have stolen nine polo shirts worth £951 from the same shop.

Brighton magistrates issued a warrant for Dawes’s arrest without bail.

Sussex Police said: “Police are keen to trace Aaron Dawes, 36, from Brighton, who has breached bail conditions after failing to appear before the city’s magistrates on (Monday) 4 June.

“Dawes is charged with theft and assault.

“Anyone who sees Dawes or knows of his current whereabouts is asked to contact police online or by phoning 101, quoting serial 1069 of 25/01.”