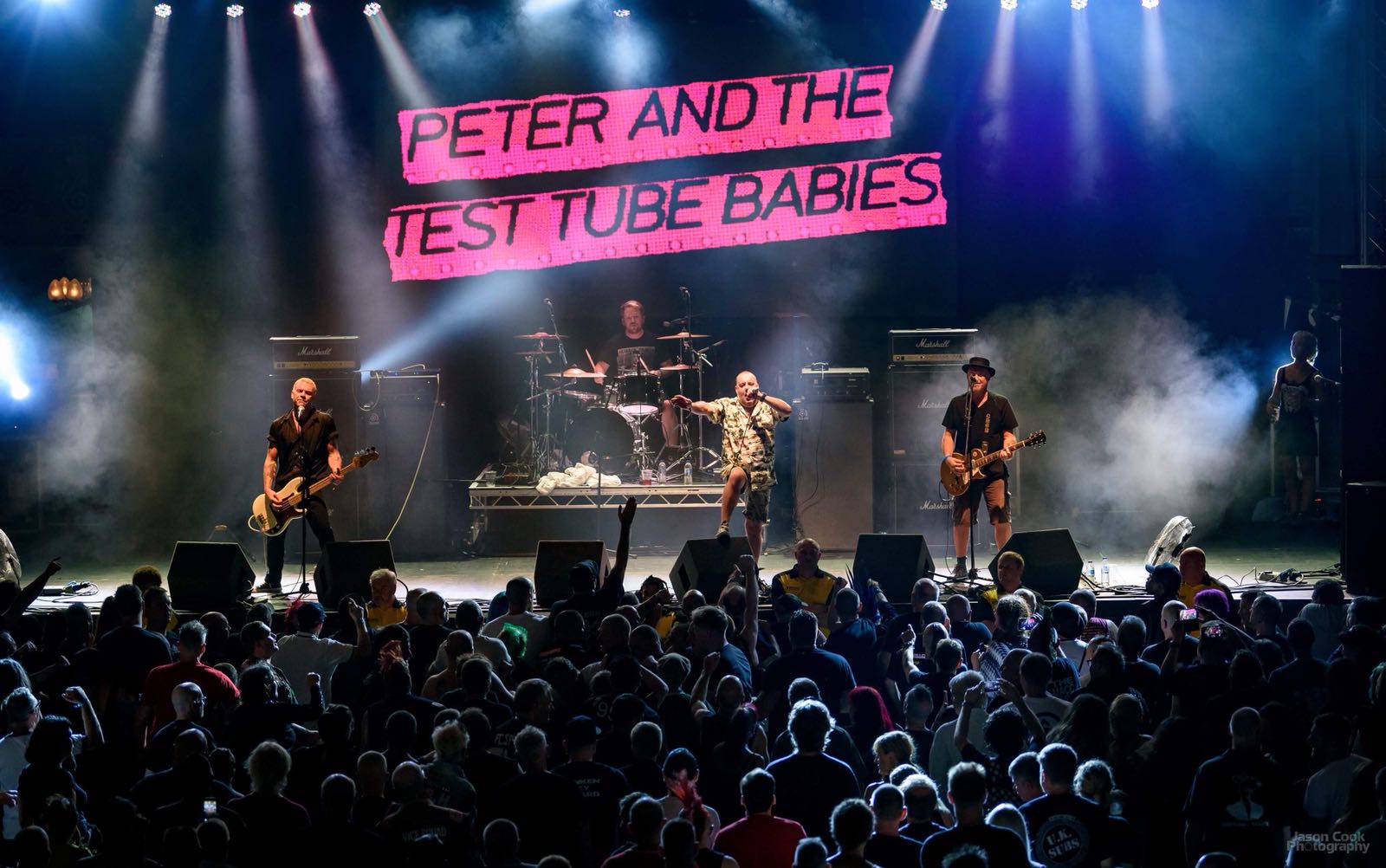 Peter & The Test Tube Babies at Rebellion in Blackpool 2018

Hot on the foot of playing Britain’s premier punk festival, Rebellion, those lovable local punk herberts, Peter & The Test Tube Babies (Peter, Del, Nick and Sam), have announced their annual Brighton Christmas gigs. Yeah, I know it’s tad early to be talking about the bash and all things Christmas, but last years gigs were sold out and so if you don’t get in nice and early you will miss out!

The iconic 70s and 80s punk rock band who are celebrating an amazing 40 years of mayhem this year, will be appearing back on home turf on Friday 28th and Saturday 29th December at the Prince Albert.

Grab your tickets for Day 1 HERE and Day 2 HERE. 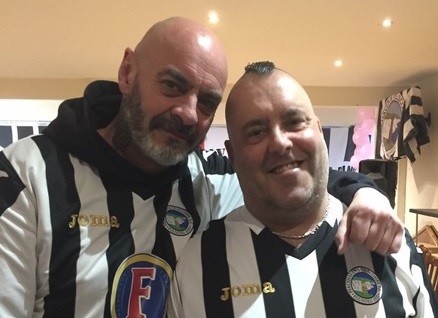 This year as part of the band’s 40th anniversary celebration they re-recorded a re-working their 1982 classic track ‘Peacehaven Wild Kids’ for Peacehaven & Telscombe FC as it is the clubs anthem.

Founder Test Tube member Del Greening said: “Dan Palmer, the club secretary wrote to me on Twitter and asked if we would be interested to write an anthem for the team to come out to at home games. Not sure if he was being serious, I wrote back and said we would love to do it, as both Peter and I are both from Peacehaven and used to come and support the club in the late seventies.” Greening continued: “The original song was recorded as a ‘B’ Side in the eighties so we’re delighted the fans and people involved around the club have picked up on the track and asked to use it.” 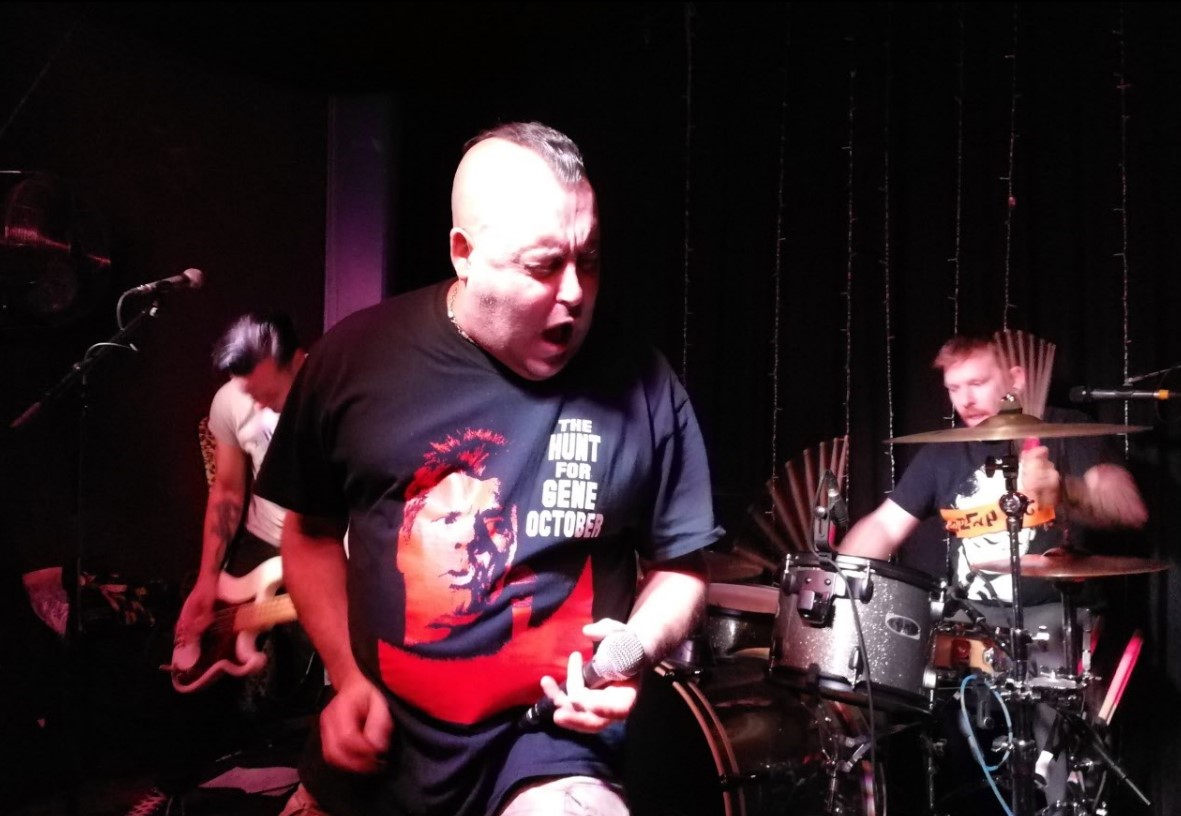 Since their first album in 1982, The Tubes have released thirteen further albums, their most recent being the highly acclaimed, ‘That Shallot’, in 2017.

Find out more about Peter & The Test Tube Babies at http://www.testtubebabies.co.uk/ 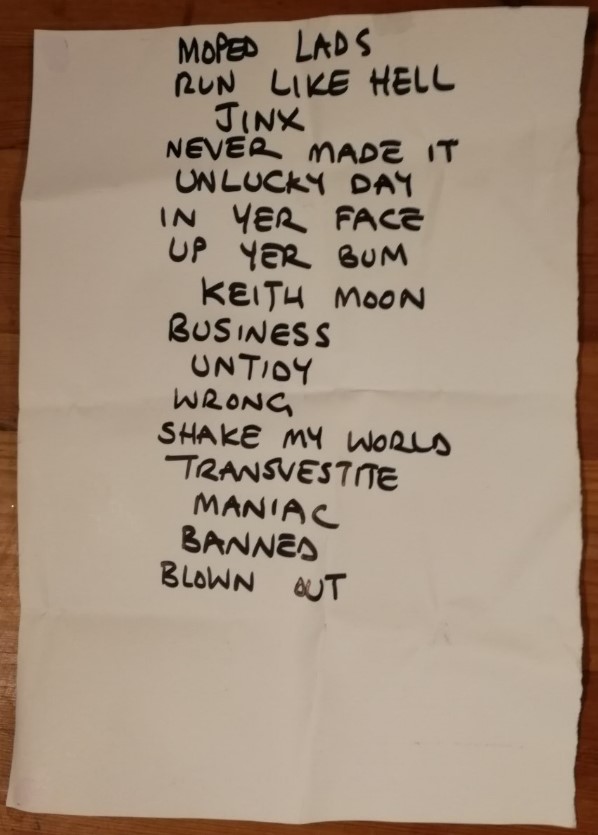 We grabbed the Test Tubes 2017 Christmas gig setlist. I wonder how many golden gems they will play for 2018?