£500 reward over moped hit and run which left boy, 9, with serious head injuries

Police are offering a £500 reward as they continue to investigate a hit-and-run in Brighton which left a child with serious injuries.

Nine-year-old Logan Dore was taken to Royal Sussex County Hospital following the collision with a moped, which failed to stop at the scene. He has since been discharged and is recovering at home.

He was riding a scooter when it happened in Whitehawk Road about 12.15pm on Sunday (16 September), and the incident was captured on CCTV.

Now police are offering a £500 reward for information which leads to the arrest and conviction of the rider. 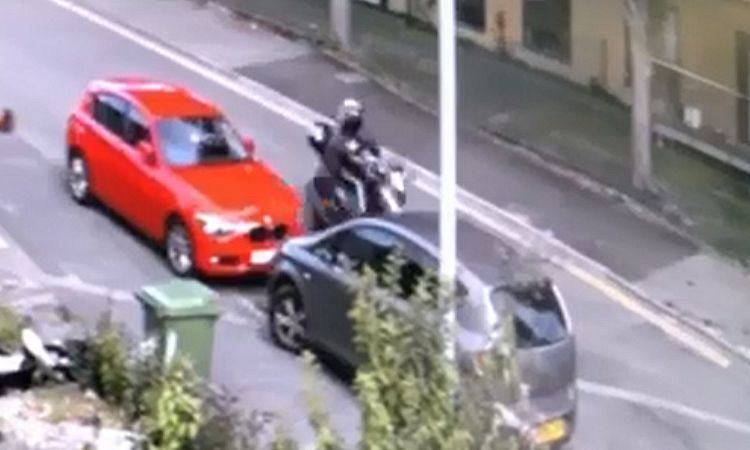 Chief Inspector Rachel Swinney said: “This was a very distressing incident which has left a young child in hospital with significant injuries, and I am absolutely determined to trace whoever is responsible.

“We released the footage of the incident with the full support of the victim’s family, and we continue to offer our support to them.

“As part of our ongoing investigation, I am offering a £500 reward for information which leads to an arrest and conviction. Someone, somewhere, must know who is responsible, and I am urging anyone with any information to contact us.”

The vehicle, which is believed to be stolen, is described as silver and black or dark red, and is suspected to have some damage as a result of the impact.

The rider had a pillion passenger and was travelling south at the time.

Police say they are continuing to carry out covert and overt operations in Brighton and Hove, targeting known motorcycle thieves, and in recent weeks have made a number of arrests.

Anyone with any information about the collision is asked to report it online or call 101, quoting serial 502 of 16/09.