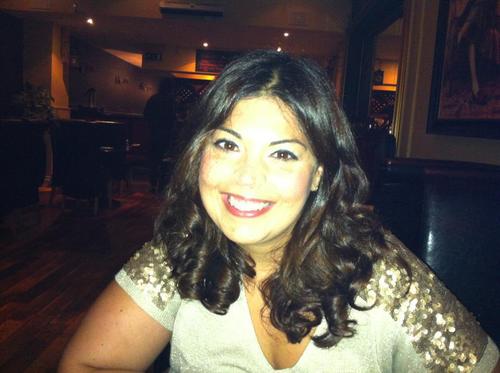 A real-life crazy ex-girlfriend moved countries to pursue a two-year stalking campaign against her ex after he broke a so-called “love contract” she had pressured him into signing.

Lina Tantash, 43, stalked her ex for more than two years, hiring a private investigator to look into his private life and bombarding his Brighton office with thousands of phone calls and emails as well as ordering hundreds of pounds worth of pizzas and taxis in the name of the woman she thought was his new girlfriend.

The university-educated project manager believed she had been in a 10-year relationship with Jarlath Rice, 50, at the heart of which was a 21-clause “love contract” in which she loaned him tens of thousands of euros in return for the relationship which she said was all that was missing from her life.

But Mr Rice, who works at DV8 College in Queen Square, said they had only had a fling in Dublin in 2007, followed by a brief friendship and he had spent the years since either placating her or trying to escape her clutches.

On Thursday, Tantash, of Caithness Walk, Croydon, was found guilty of stalking him from July 2015 to February this year – and of stalking his colleague Sarah Bolland, who she believed was his new girlfriend, from last September to February.

She was told she now faces a prison sentence due to the “sinister and sustained campaign” she waged against the pair.

District Judge Amanda Kelly said: “Ms Tantash became utterly obsessed with Mr Rice and her beliefe she was or could be in a lasting relationship with him bordered on the delusional.

“She is a highly intelligent woman who wilfully blinded herself to the reality that Mr Rice did not want to be with her.

“She has sought to portray herself as the victim in all this. I accept that her feelings towards Mr Rice and her desire to be with him were genuine. However, I find that she showed a flagrant disregard to his wishes, or to the wishes and feelings or anyone else affected by her behaviour.

“She embarked upon a sinister and sustained campaign of stalking behaviour that became a living nightmare for him … he became a virtual hermit as he sought to hide away from Ms Tantash’s reach.”

Like her fictional counterpart in the Netflix hit Crazy Ex-Girlfriend, she moved hundreds of miles, leaving Dublin where she worked as a project manager for Trinity College, for a new job in London, closer to Mr Rice in Brighton.

She told Brighton Magistrates’ Court that on one occasion, she had decided on a whim to stay on the train to Brighton intending to have dinner and watch 50 Shades of Grey at the Odeon, and it was just pure chance that she ended up in the Blue Man in Queen’s Road where DV8 was holding a staff party.

She also denied making thousands of calls and sending abusive emails from accounts like leavejarlathalone@gmail.com or youuglywhore@gmail.com.

Her defence was that Mr Rice had set up the email accounts and even impersonated her distinctive Irish/American accent to “set her up” and avoid paying back the €55,000 she claims he still owes her.

The court was shown two “love contracts” she drew up and which he signed, which laid out the terms of the loan – that he would provide her with love and commitment.

The first contract had 21 clauses, including one requiring him to marry her within a year and another that he not change his phone numbers and always answer her calls or ring back within 15 minutes.

Mr Rice signed the contract. Prosecuting, Dominic Dudkowski said: “He was a man at his wits’ end, challenged and pursued by you, he’s had nowhere else to go emotionally.

“He wrote his name to stop this and try to make you go away.”

A second contract, handwritten on lined paper, established similar terms for a further loan of €12,000. Mr Rice contended this money had been given to him to compensate for problems she had caused with a work contract.

In September last year, she says Mr Rice told her he was now with Miss Bolland but then later changed his story, prompting her to call Ms Bolland to demand the truth. Mr Rice said he had not told her any such thing.

The court was played a recording of a call in which she told Ms Bolland that she looked like a horse, and another in which she quizzed a different colleague over the imagined relationship, ending in her telling them to “go f*** yourself”.

She admitted making those calls and two others, but denied making thousands more, some from a woman with the same accent calling herself Astrid or Sylvia, and some silent.

She also denied sending a later email which described her rival as having “disgusting, frizzy hair, skin like curdled yogurt and buck teeth”. A subsequent email told Ms Bolland she hoped she had a heartbroken, horrid end.

She also denied setting up a Just Eat account in the name of Sarah to order hundreds of pounds worth of pizzas to be delivered to DV8’s offices – and calling taxis to arrive there.

She admitted hiring a private investigator to establish whether they were an item – but she said he took her money and she got nothing back.

Tantash and Mr Rice first met over brunch one Easter morning in 2007, when she was 31 and he was 38.

Tantash, who said she came from a stable, upper middle class family and had been sent to the best schools, explained that at that point in her life she had everything – career, apartment and friends – except love.

She said that Mr Rice was then down on his luck and that she paid off his sizeable debts and supported his career in return for love and commitment.

But she said that since the final split in 2017, she had finally come to believe that he was a classic narcissist.

“Do you know what the terms gaslighting and ghosting are?” she asked the judge, who replied “no”.

However, on cross-examination, prosecutor Dominic Dudkowski suggested she had been the one to gaslight Mr Rice, describing her behaviour as demanding and controlling.

At one point, she broke down after recalling how police came to her flat on Tuesday 13 February and took her in for questioning, while officers searched her flat and seized multiple mobile phones and electronic devices, just as she thought her life was back on track.

She said: “I loved my new life – I loved my new job, my apartment, my friends and most of all I loved that Jarlath Rice wasn’t in it.”

Sentencing was adjourned for a pre-sentence report to be prepared, and Tantash is next due to appear at Brighton Magistrates’ Court on Monday 8 October. However, District Judge Kelly warned her that the case may yet be committed to crown court for sentence due to the severity of the offences.