Scientists from Brighton University have signed a deal with partners in Vietnam as they try to help people stave off illness in old age. 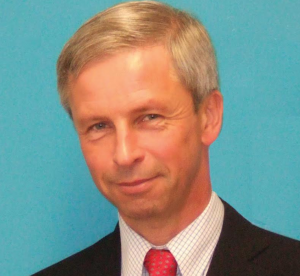 The Brighton team has been trying to find better ways to make tablets or capsules containing curcumin – extracted from the spice turmeric – so that it is easier for the body to absorb.

Curcumin is believed to have anti-oxidant and anti-inflammatory qualities and has been used for the prevention and treatment of cancer, diabetes, neurodegeneration and cardiovascular disease – all diseases linked to ageing.

Brighton University’s academic director of pharmacy and professor of pharmacy and biomolecular sciences John Smart said: “Curcumin is poorly absorbed when given as a tablet or capsule, its limited solubility being a major factor.”

Professor Smart said that he and his colleagues had been developing a new formulation for curcumin-containing tablets or capsules.

The formulation used “soluble carriers” or dispersible oils that would be acceptable, stable and more easily absorbed by the body.

He added that the aim was for a formulation that could be manufactured “without the need for expensive specialist equipment or reagents”.

A deal has been signed aimed at manufacturing the new formulation in Vietnam. The climate and soil on high ground there is suitable to cultivate the plant from which turmeric and curcumin are extracted, Curcuma longa. And the end product will be aimed at the international market.

Professor Smart and colleagues in the university’s Biomaterials and Medical Devices and Drug Delivery Research and Enterprise Group – and researchers in Vietnam – are now seeking funding to take the project forward.

Professor Smart, Dr Ananth Pannala and Dr Yishan Zheng, from the university’s School of Pharmacy and Biomolecular Sciences recently went to a conference in Hanoi, the Vietnamese capital.

They were joined by the British ambassador to Vietnam, Gareth Ward, and representatives of the British Council.

The Brighton team has been working with the Vietnam Academy of Science and Technology on formulating curcumin preparations with the aim of marketing them globally. 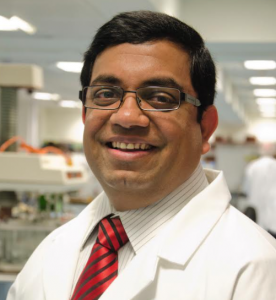 The work so far has included a £148,000 research project which was funded by the Newton Institutional Links, part of Britain’s official development assistance programme.

It provides grants for the development of research and innovation collaborations between Britain and partner countries.

Dr Pannala said: “The project is an example of a successful collaboration.

“We signed a memorandum of understanding between the school and Techbifarm, a Vietnam-based healthcare company who use ‘green technology’ and who will manufacture the tablets or capsules, and we have agreed to continue the collaboration into the future.”