Why we remember suffragette Minnie Turner 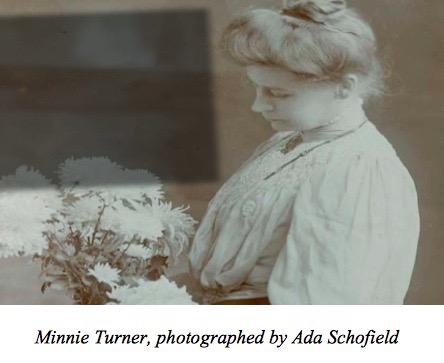 November is the month of remembrance. Last week we remembered the horrors of Kristallnacht and World War. This week our city will commemorate the suffragettes and suffragists, who in 1918 won the right to Vote for 8.4 million women – in many cases sacrificing their livelihoods, their health and in some cases their lives.

Then on Sunday at 2pm, well-known local suffragette Minnie Turner will be commemorated by the unveiling of a plaque at 13 Victoria Road, Brighton, formerly the Sea View boarding house, and her home from about 1910.

Juliet Smith, the Deputy Lieutenant of East Sussex, and the Mayor of Brighton and Hove Councillor Dee Simson will be present. The address will be given by historian Professor Carol Dyhouse, of Sussex University.

The WHG proposed this date for the unveiling to commemorate the notorious events of Black Friday on 18 November 1910, when suffragettes were subjected to six hours of brutal beating and sexual assault outside Parliament.

Minnie Turner was born on 6 May 1866 in London, later moving to Preston Street in Brighton. A woman of limited means, she became a successful small business woman and activist.

She was honorary secretary of a branch of the Brighton Women’s Liberal Association and a member of the National Union of Women’s Suffrage Societies (NUWSS).

However, in 1908, frustrated at the government’s refusal to grant women the vote, she joined the militant Women’s Social and Political Union (WSPU).

Minnie ran her boarding house as both holiday destination and refuge for suffragettes recovering from imprisonment, hunger strikes and forcible feeding, advertising in suffragette newspapers, where she offered rest cures, home-made bread and “meals served in the garden”.

She kept a suffrage lending library, which was available to guests and local members of the WSPU. Sea View became a hub for the suffrage movement in the south east of England.

Minnie recalled with pride that “more of our leaders, speakers, Cat and Mouse prisoners etc. have stayed with me than in any other home”.

Emmeline Pankhurst’s sister Mary Clarke lived at Sea View while working as Brighton’s WSPU organiser and in late November 1910 she and Minnie were arrested outside the House of Commons. They were protesting about police violence at the Black Friday march, which they had both attended.

Minnie was freed but Mary was imprisoned. Mary died of a brain haemorrhage on Christmas Day 1910 – two days after her release from prison – almost certainly due to violence and forcible feeding.

There is no record of Minnie’s response to this tragic loss but her commitment remained undiminished.

In 1911 she was imprisoned for breaking a Home Office window. When hostile local men broke Sea View’s windows in 1913, she hoisted a sign saying Male Logic.

She was a member of the Tax Resistance League (TRL), members of which refused to pay taxes when they could not vote. In May 1912 her goods were seized and sold at auction in lieu of tax. A devout Christian, she regularly attended the Clifton Hill Congregational Church.

After the war, she was elected to the Brighton Board of Guardians and died in 1948. She never married or had children but was a beloved aunt to the next generation of her family. In 1910, she stated that the years since she joined the WSPU had been the happiest of her life.

Two more suffrage campaigners will be honoured by plaques next year – the actress and writer Elizabeth Robins and trade unionist and social campaigner Clementina Black. A fourth plaque will mark a site nearby the former offices of the WSPU.

At the same time, campaigning will begin in earnest for a statue for Minnie Turner’s lodger Mary Clarke, who was the first suffragette to die.

On Thursday 22 November, 100 years after the passing of the Parliament (Qualification of Women) Act (1918), an appeal will be launched to erect the statue.

Members of the WHG and the Mary Clarke Statue Appeal will be present on Thursday 22 November and Friday 23 November in the lobby of the Jubilee Library, Brighton, ready to answer questions and request pledges of support.

The WHG and Appeal can be contacted at jean.calder101@gmail.com.